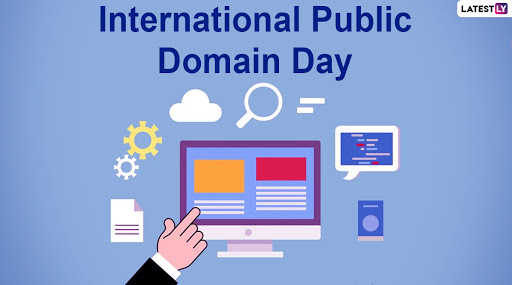 Public Domain Day (PDD) is an international event that takes place annually on 1 January (or sometimes throughout that month) to highlight the fact that many works have become available for the public to re-use.

Significance of the day

When the work comes to the public domain, it increases the scope for the public to reuse the work. This gives a boost to creativity and innovation. Copyright protects the work of the author while he or she is alive and also even after a few years of their death. Typically in many countries, if 70 years have passed on after the author's death, the works become free to be used by the public without any authorisation.

How is the day celebrated?

There are several websites that list the authors whose works are entering the public domain on January 1. Activities are planned in several countries around the world by various organizations all under the banner Public Domain Day.

In 2019, Public Domain Day was a significant event in the United States as it was the first to have any meaningful copyright expirations there since the 20-year freeze had been imposed in 1998.

Thousands of books, films, maps, music, and art created in 1924 will enter the public domain space in 2020. Talking about some classic films could be Buster Keaton’s Sherlock, Jr. and The Navigator, Paramount Pictures’ 1924 adaptation of Peter Pan, and many others will enter into the public domain.