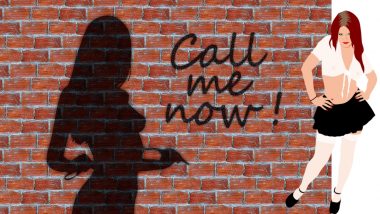 International Sex workers day or as it is also called International Whores' Day is commemorated on June 2 every year. This day is observed to honour the sex workers and recognise the hardships they go through being in the profession. International Whores' Day commemoration is an important day for those fighting for the rights of sex workers in various parts of the world. For the longest of times, sex workers have been subjected to shame and humiliation, and this tradition is also ingrained in patriarchy. These workers have been subjected to unwarranted violence, and the lack of laws and rights for their line of work has been an alarming issue for decades. This is the reason that the celebration of International Sex Workers Day is of utmost importance.

When is International Whores' Day 2020?

As mentioned earlier, International Sex Workers Day is celebrated on June 2. This year as well, the celebrations are all set to take place on this day across the world.

In the 1970s the French police had kept sex workers under immense pressure which meant they were working more secretly than ever. Working in increased secrecy meant that the sex workers had less protection and increased violence against them. Increased violence led to murders and after two such instances and the government's hesitation to improve the working conditions, the sex workers and their supporters occupied the Eglise Saint Nizier Church in Lyon for protesting and called for a strike. This day is commemorated each year as a monumental turn in the way that sex workers are treated and marks the day that they all came together to fight for their rights.

The inhumane working conditions, the unexplained arrest of sex workers and police harassment meant that the sex workers had to take such an action. Unfortunately, most sex workers' continue to live under similar conditions even today. The supporters and sex workers in Lyon wanted to portray that they are no different than other working women, and they shouldn't be differentiated with. And years later, it is still the same cause that this observance and the activists are fighting for.

The term "whore" is a derogatory remark of those times, which was reclaimed by the sex workers, which started the movement for their rights. And the observance of International Whores' Day became a matter of pride for sex workers and ensured that it no longer remains a slur term. Here's hoping that we finally enter a day and age in life where these workers, who voluntarily choose this way of life get the respect, rights and security that they deserve.

(The above story first appeared on LatestLY on Jun 02, 2020 07:22 AM IST. For more news and updates on politics, world, sports, entertainment and lifestyle, log on to our website latestly.com).