Juneteenth 2021: A Resource List of Books and Documentaries To Learn More About Black Liberation In United States

On this Juneteenth, let's take a look at important books and documentaries that's has become an integral part of Black Cultural history. Consider this your extensive guide to brush up on Black Liberation. 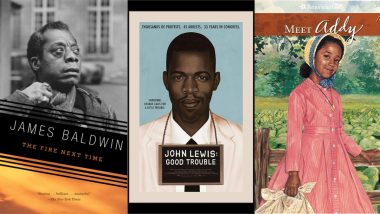 In the aftermath of Geroge Floyd's death last year, the world finally began acknowledging the significance of Juneteeth and the systematic discrimination faced by African Americans in the United States. Juneteenth. celebrated on June 19th, commemorates the day that officially ended slavery in America. Now with President Joe Bide, finally signing a proclamation that made Juneteenth a federal holiday, the world is again paying attention to this important day that celebrates Black history.

In order to better understand the significance of Juneteenth, it is quite imperative to study up important black literature and documentaries that been part of the world culture scene for decades if not centuries. Countless Blck music artists, filmmakers, writers have made a significant contribution toward cultural content that aims to educate folks on the historical struggles of black people in the United States. On this Juneteenth, let's take a look at important books and documentaries that's have become an integral part of Black Cultural history. Consider this your extensive guide to brush up on Black Liberation.

1. READ: The Fire Next Time By James Baldwin

The 1962 classic The Fire Next Time, is a powerful letter written by Baldwin to his nephew on the 100th anniversary of the emancipation of black America. More than 50 years later, the book is still an excellent resource to learn more about the struggles of African Americans in the United States. Baldwin Writes “This is your home, my friend, do not be driven from it; great men have done great things here, and will again, and we can make America what America must become.”

This documentary chronicles Civil Rights activist and Congressman John Lewis life as a Black activist in the United States. It also shows his meeting with Dr Martin Luther King Jr. in 1957.

This book illustrates the life of Addy Walker who is an enslaved young girl living in 1864. The book is a powerful, heartwrenching, tale of a family who is planning a daring escape from captivity.

This documentary written and directed by Nuotama Bodomo is a Black 2014 short film that was inspired by real events. The film chronicles a group of Zambian exiles as they try to beat America’s Apollo 11 to the moon on July 16, 1969.

4. READ: I Thought My Soul Would Rise and Fly: The Diary of Patsy, a Freed Girl by Joyce Hansen

This story follows the life of Patsy, a recently freed 12-year-old girl living in Mars Bluff. The book begins during the immediate aftermath of the Civil War. In a series of diary entries, the book chronicles Patsy's journey who no longer has to hide her ability to read or write, enabling her to start a new, better life for herself and formerly enslaved people.

This 2019  semi-autobiographical film catalogues the events that led to the gentrification of America’s most expensive cities. Through Jimmie Fails (Jimmie Fails) and his childhood friend Mont (Jonathan Majors), the film chronicles a firsthand account of the changing landscape of San Francisco.

“In the End, Anti-Black, Anti-Female, and All Forms of Discrimination Are Equivalent to the Same Thing: Anti-Humanism,” this wonderful quote by Shirley Chisholm summarises the significance of Juneteenth and every single such event putting an end to all forms of discrimination and bias.

(The above story first appeared on LatestLY on Jun 18, 2021 11:37 AM IST. For more news and updates on politics, world, sports, entertainment and lifestyle, log on to our website latestly.com).