Women's Day 2019: Meet The Lady Officers in Indian Defence Forces, Who Made The Nation Proud 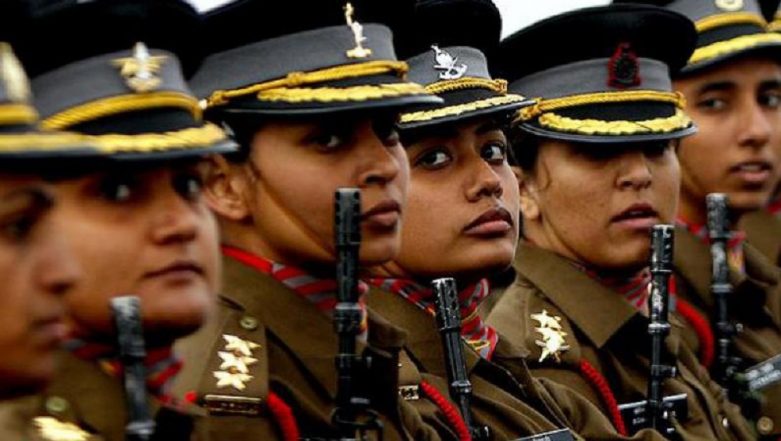 To improve representation of women in our armed forces Smt @nsitharaman takes a historic decision to induct women for the first time in PBOR role in Corps of Military Police 1/2 pic.twitter.com/PmEVEZ9h03

As per the information given by Defence Minister for State Subhash Bhamre in Rajya Sabha in January this year, the Indian Army comprises 3.80 percent women, the Air Force has 13.09 percent serving women, while the Navy has six percent of women. Meanwhile, there are 21.63 percent of women medical officers, 20.75 percent women dental officers and 100 percent nursing staff comprises of women officers. Republic Day 2019: Indian Armed Forces to Replace Decades-Old British Tune With ‘Shankhanad’ During Parade.

Here are some Women Officers Who Made the Nation Proud:

Priya Jhingan: - She was among the first batch of 25 lady officers who got commissioned in the Indian Army on March 6, 1993. Jhingan was cadet number 001 at the Officers Training Academy in Chennai. After completing 10 years of service she retired as a Major in 2003.

Lt Gen Punita Arora: She has been the first woman in India to reach the second-highest rank, Lieutenant General of the Indian Army. She was commissioned in the army in 1968 and became the commandant of the Armed Forces Medical College in 2004. Lt. Gen. Arora also co-ordinated medical research for the armed forces as additional director-general of Armed Forces Medical Services (AFMS). Later, she moved from the Army to the Navy as the AFMS has a common pool that allows officers to migrate from one service to another depending on the requirement. She served as Vice-Admiral in the navy.

Flight Lieutenant Avani Chaturvedi: She is She is from Rewa district in Madhya Pradesh. She is the first combat pilot along with two of her cohort, Mohana Singh, and Bhawana Kanth. The trio was inducted into the Indian Air Force fighter squadron in June 2016. They were formally commissioned by the then Defence Minister Manohar Parrikar.

Sub –Lieutenant Shubhangi Swaroop: She is the first lady pilot of the Indian Navy. Sub Lt Swaroop is a Native of Uttar Pradesh. She is the daughter of a Naval commander Gyan Swaroop. Apart from Sub Lt. Swaroop, three other Lady cadets commissioned into the Naval Armament Inspectorate (NAI), where no female officer has ever worked.

Last year, a six-member crew comprising of all lady officers of the Indian Navy, on board the INSV Tarini, spent 194 days at sea as part of a mission that began on 10th September 2017. The crew was also awarded the Nav Sena Medal on the eve of 72nd Independence Day. The vessel was skippered by Lt. Commander Vartika Joshi. The crew comprised Lt. Commanders Pratibha Jamwal and P Swathi and Lieutenants S Vijaya Devi, B Aishwarya and Payal Gupta.

In addition to women officers in three wings of the armed forces, our central police forces are also moving a step forward. The  Indo-Tibetian Border Police last year got its first woman combat officer. Prakriti cleared her UPSC examination for the recruitment of officers in Central Armed polices force and became the first women combat officer. Not to forget that the Defence Ministry of the nation is headed by a woman. Nirmala Sitharaman has been the first ever full-time women defence minister of India. Earlier, from 1980-82, Indira Gandhi held the additional charge of the Defence Ministry when she was the prime minister of India.