The origins of this festival are quite new. When Maurice Fleuret became Director of Music and Dance at the Ministry of Culture in France, he began to dream of a way to unite people on the streets using the one common interest in the French public- Music. 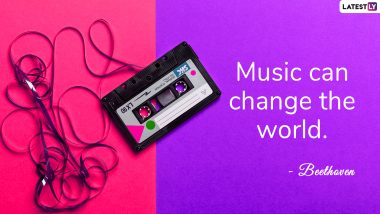 We can all recall moments in our lives when our favourite songs lifted our spirits instantaneously. Whether it's groovy jazz, knee-jerking pop or mind-boggling rap, everyone has a music preference. Simply put, music is the food for our souls. And so is it really a surprise that there exists a World Music Day? The Fête de la Musique, also known as World Music Day, is celebrated every year on the 21st of June. And to celebrate World Music Day 2021, we not only bring you a bunch of quotes about music, HD images and wallpapers but also throw light on the origin and celebrations behind this day!

The origins of this festival are quite new. When Maurice Fleuret became Director of Music and Dance at the Ministry of Culture in France, he began to dream of a way to unite people on the streets using the one common interest in the French public- Music. Subsequently, the Fête de la Musique first took place in Paris in 1982. Since then, the festival is celebrated all over the world in more than 1000 cities in 130 countries including in Australia, Peru, Brazil, Ecuador, Mexico, China, India, Germany, Italy, Greece, Russia, Canada, the United States, the UK, and Japan. World Music Day 2021 Wishes & HD Images: Twitterati Celebrate Fête de la Musique With Quotes, Greetings, Wallpapers and Lovely Photos on June 21!

Fête de la Musique's purpose according to Wikipedia is to promote music in two ways: Amateur and professional musicians are encouraged to perform in the streets, under the slogan "Faites de la musique" ("Make music"), a homophone of Fête de la musique.

And many free concerts are organized, making all genres of music accessible to the public. Two of the caveats to being sanctioned by the official Fête de la Musique organization in Paris are that all concerts must be free to the public, and all performers donate their time free of charge. This is true of most participating cities as well. 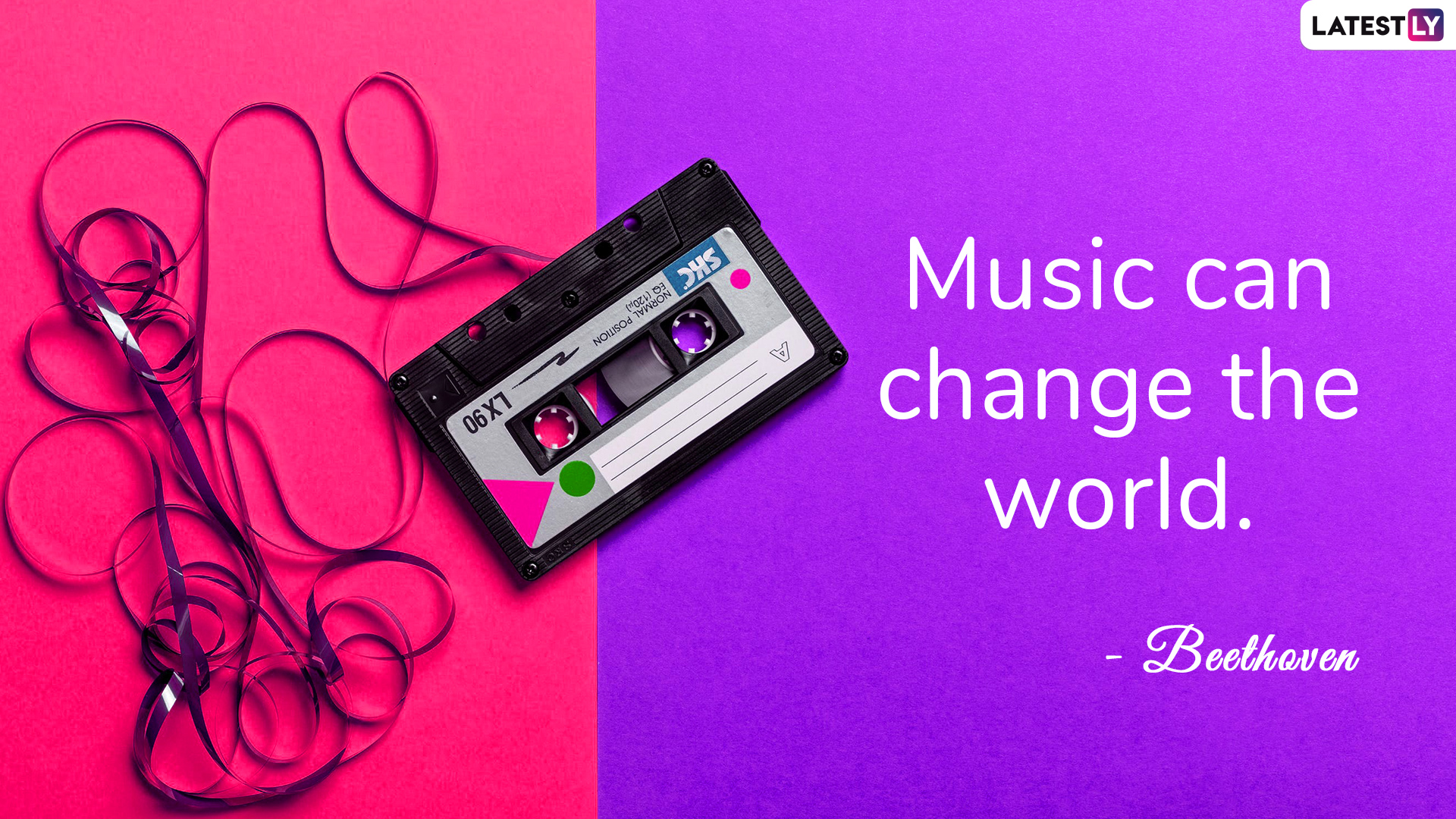 Quote Reads: "Music has healing power. It has the ability to take people out of themselves for a few hours." - Elton John 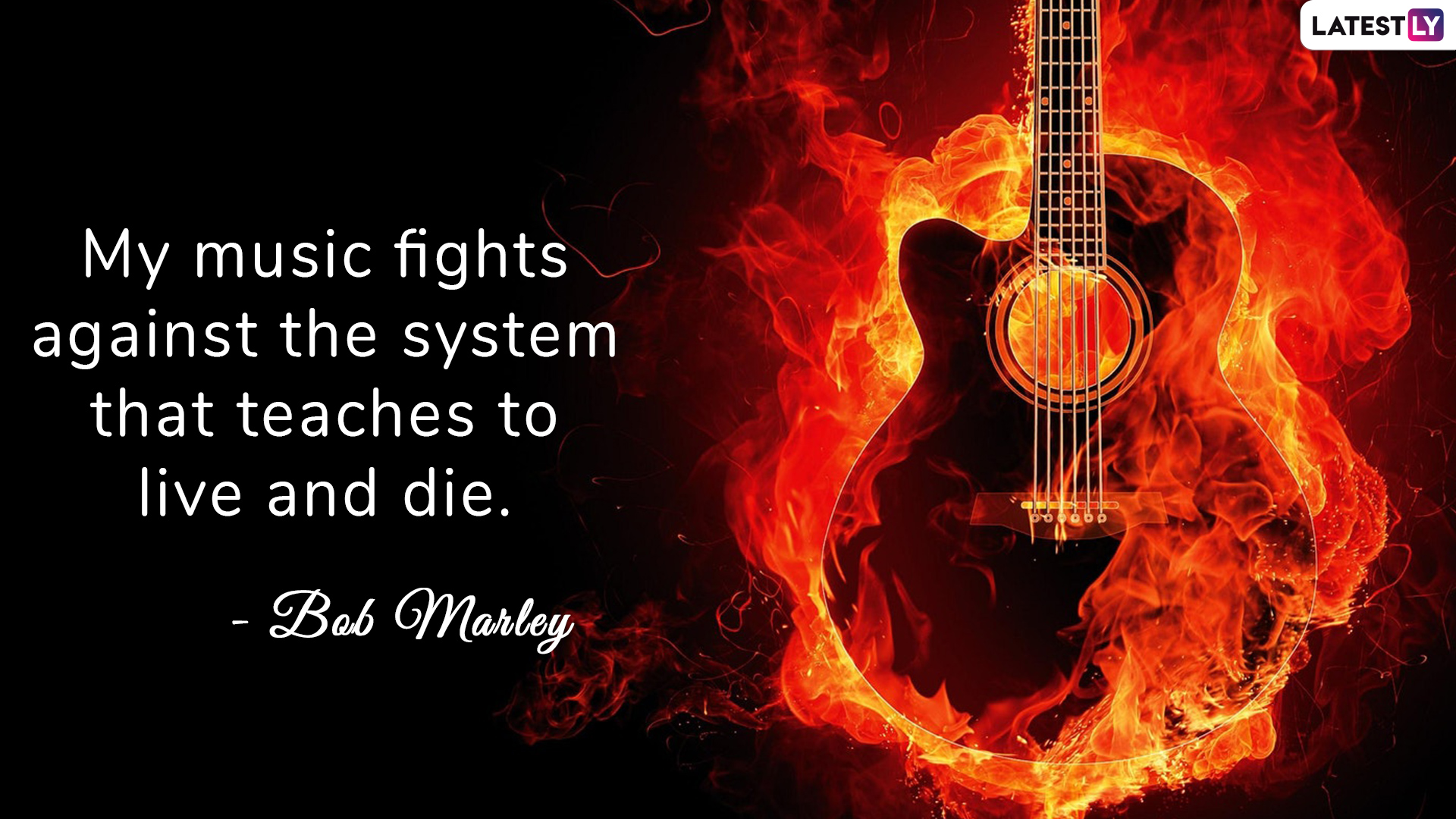 Quote Reads: "My music fights against the system that teaches to live and dies." - Bob Marley 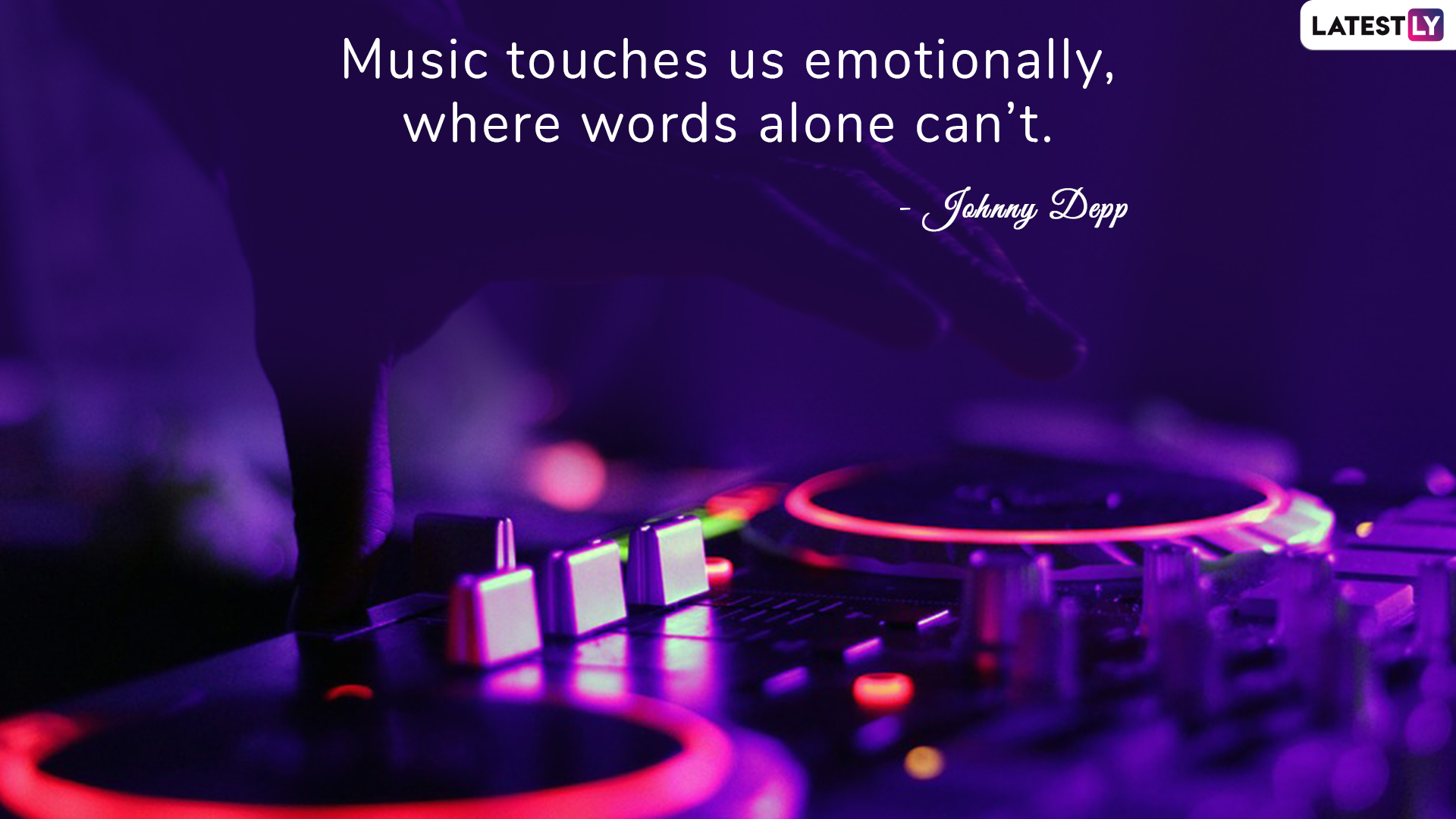 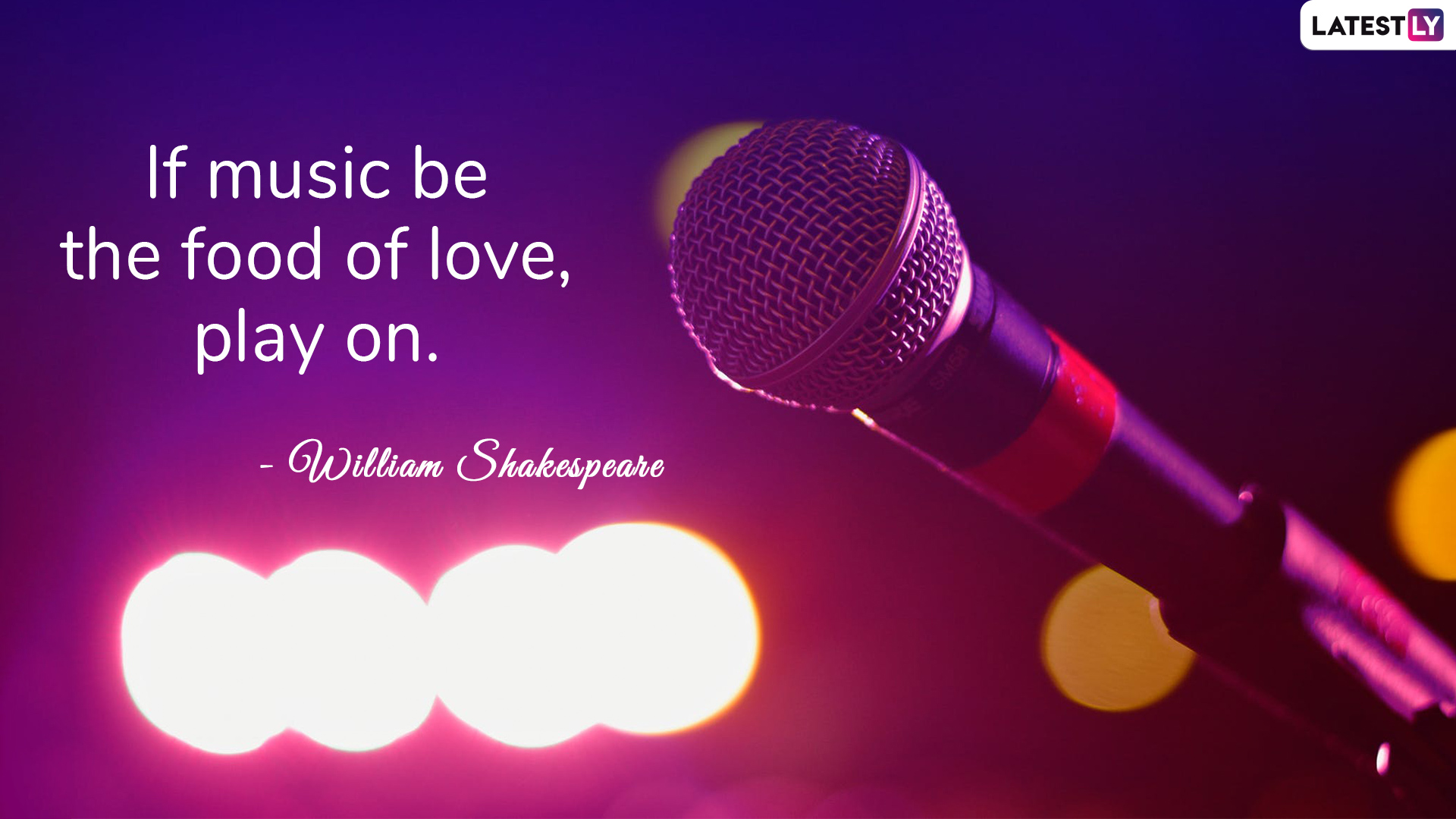 Quote Reads: "If music be the food of love, play on." - William Shakespeare 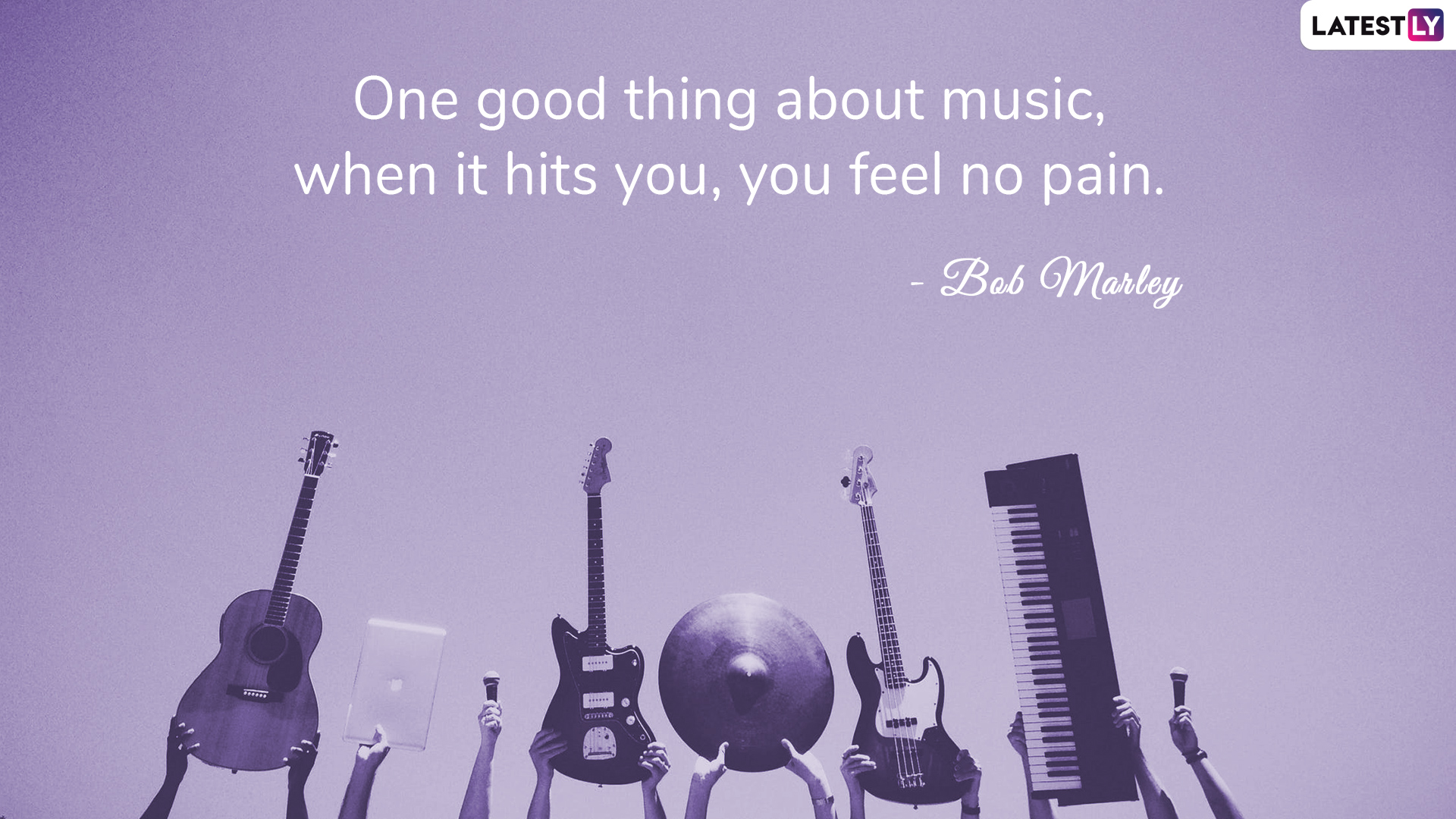 Quote Reads: "One good thing about music, when it hits you, you feel no pain." - Bob Marley 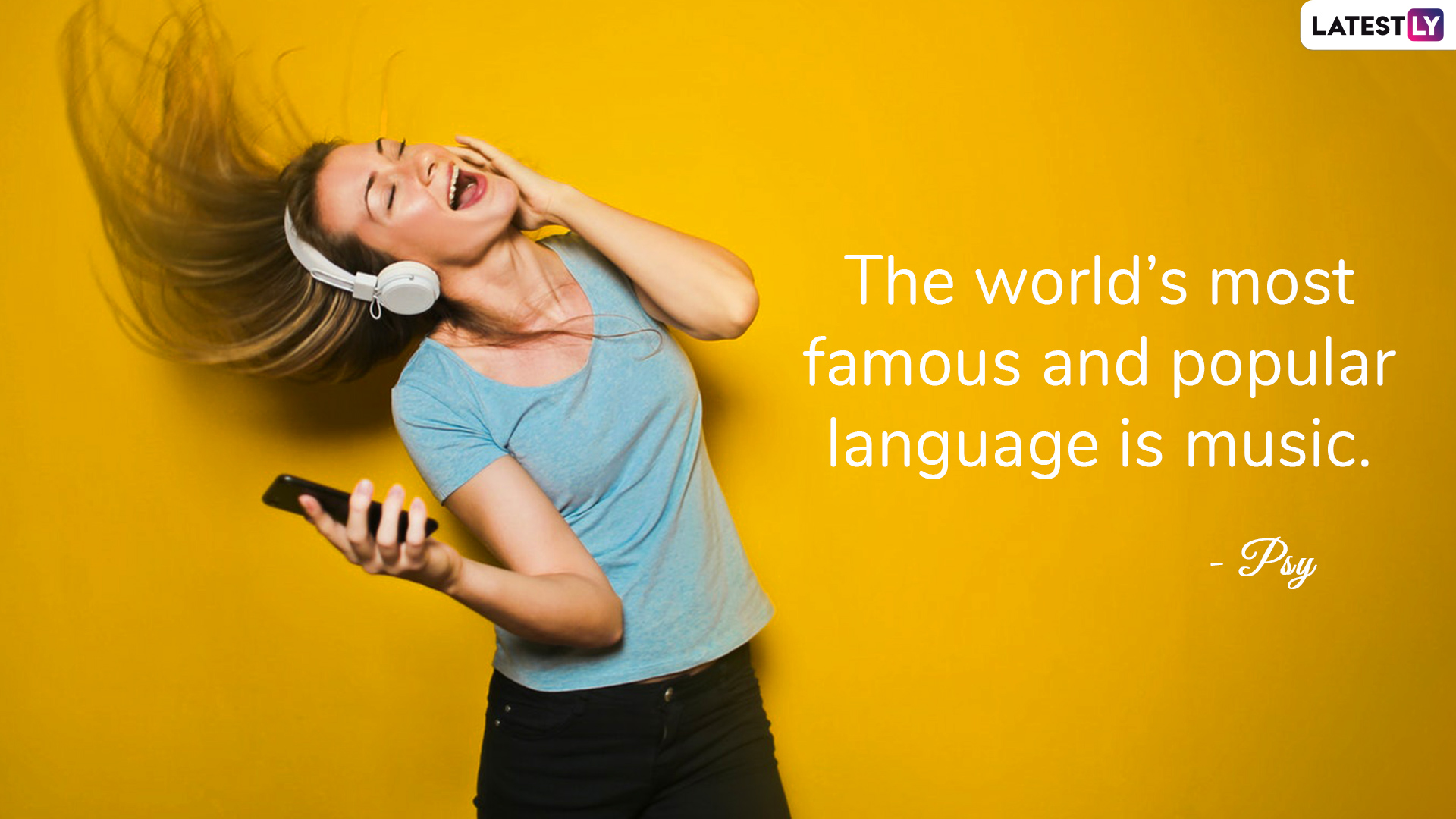 Quote Reads: "The world's most famous and popular language is music." - Psy

On this joyous occasion, feel free to use the quotes below to express your appreciation for music and the day dedicated to it!

(The above story first appeared on LatestLY on Jun 21, 2021 09:55 AM IST. For more news and updates on politics, world, sports, entertainment and lifestyle, log on to our website latestly.com).