Subway Bread is NOT a Bread! Irish Court Rules Out Sandwich Rolls As Too Sugary to Be Exempted From VAT

As per Ireland Court, the sandwich rolls have too much sugar content to be classified as "bread." The decision was given during a ruling regarding the bread by Subway as a part of the "staple food" thereby exempting it from the value-added tax (VAT). 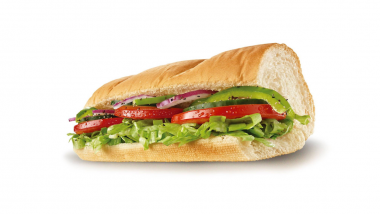 You may have to revise your Subway orders, especially if you are choosing the "kind of bread." As per Ireland Court, the sandwich rolls have too much sugar content to be classified as "bread." The decision was given during a ruling regarding the bread by Subway as a part of the "staple food" thereby exempting it from the value-added tax (VAT). But on a ruling given by Irish Supreme Court, mentioned that the sugar in Subway's bread content is five times more than was is set in Ireland's Value-Added Tax Act of 1972 and it cannot be included into the staple foods category. Stray Dog Nicknamed ‘Subway Sally’ Visits Sandwich Store in US Every Night for a Year to Have Dinner (Watch Viral Video).

Subway franchisee Bookfinders Ltd had appealed to the court about including the rolls in VAT- exemption. In Irish law bread is considered as a staple food and thus has zero VAT.  But Ireland's VAT Act of 1972 also states, ingredients in bread such as sugar and fat should not exceed 2% of the weight of flour in the dough. As per The Irish Independent, the case was first brought up in 2006 after Revenue Commissioners refused to give a refund for VAT payments to Bookfinders. After the refusal they took the case to High Court and now even the Supreme Court had denied the request. How Much Green Is Too Much Green? Turkey Sandwich Filled With Extra Spinach Divides the Internet (View Pic).

A five-judge court ruled that Subway's heated sandwiches do not fall into the statutory definition for bread because of the sugar in the dough. The ruling included white and wholegrain bread. The judges concluded that the sugar content is around 10% of the flour in dough. Following this decision, the rolls are now subject to a tax of 13.5%. So Subway lovers, you might have to feel a price hike for your favourite heated sandwiches.

(The above story first appeared on LatestLY on Oct 01, 2020 07:25 PM IST. For more news and updates on politics, world, sports, entertainment and lifestyle, log on to our website latestly.com).