Nine-Year-Old US Boy Commits Suicide After He Was Bullied For Being Gay: What Parents Should Know About Suicidal Behaviour In Children

Although suicides in children are rare, studies say they are the second-largest cause of death in children. 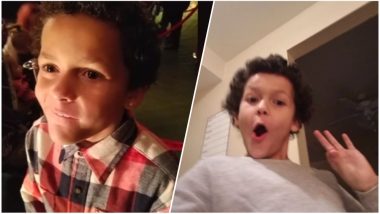 A nine-year-old child named Jamel Myles from Denver, Colorado in the US committed suicide after his classmates bullied him for being gay. According to ABC 13, the child had recently confessed to his classmates about his sexuality. Leia Pierce, Jamel’s mother, is certain that his peers’ bullying may have made him take the drastic step. She now wants to focus national attention on bullying and suicides for parents in the light of her son’s death. The incident also highlights the prevalence of suicidal behaviour in children. In June, a Class 9 student from Mumbai plunged to her death from her building.

According to media reports, Jamel came out to his mother in the summer of 2018, confessing to her that he’s gay. Leia told Fox News about her son’s heart-warming disclosure: “He looked scared when he told me. He was like, ‘Mom I’m gay.’ And I thought he was playing, so I looked back because I was driving, and he was all curled up, so scared. And I said, I still love you.” Jamel also told his mother that he’d “rather dress like a girl.” Leia added that her son was proud of who he was and wanted to come out to his classmates as well.

Soon after he revealed his sexuality to his classmates, they reportedly bullied him and told him to kill himself. Jamel confided in his elder sister about the children at school. Leia is heart-broken that he didn’t turn to her. But barely four days into the school year, Jamel killed himself at his own home.

Leia is now working towards preventing bullying in schools and its horrible repercussions. "We should have accountability for bullying. I think the child should. Because the child knows it’s wrong. The child wouldn’t want someone to do it to them. I think the parent should be held because obviously the parents are either teaching them to be like that, or they’re treating them like that," she told Fox News.

Although cases of suicides in children are rare, suicides are the second-leading cause of death in children aged 10-24. More young ones die from suicide than from deadly diseases like cancer, heart disease, AIDS, birth defects, etc. combined. The risk is more in boys than in girls.

Risk factors for suicidal ideation in children include:

• Psychiatric Illnesses – Ninety percent of the children who commit suicide have an underlying psychiatric disorder, and 60 percent are depressed at the time of death. Children may show depression through irritability and somatic symptoms such as headache, constipation, stomach ache, etc.

• Family Factors – Problems within the family such as fights, a death of a family member, abuse, overprotection, negligence, etc. can also create suicidal thoughts in children.

• Substance Abuse – Abuse of drugs and alcohol in young age increases the possibility of suicides, especially in male teenagers who have temperamental problems.

• Sexual Abuse – Sexual and physical abuse in childhood often raise the risk of suicides in children.

• Sexual Orientation – Sexuality of the child can determine his or her suicide risk. Studies show that homosexual men are 2-3 times more likely to commit suicide compared to their heterosexual peers.

• Bullying – Instances of bullying in educational institutions can raise suicide risk in children. In fact, both the bullied and the bully have an increased risk of suicidal behaviour.

• Environmental Safety – The domestic environment is of particular importance, especially if the child has access to suicidal paraphernalia like guns, ropes, etc.

Warning Signs of Suicide in Children

Children with suicidal risks may show some warning signs before they take the dreadful step:

• Purposelessness – Expressing a sense of hopelessness and helplessness

• Trapped – Feeling stuck or trapped in a situation

• Withdrawal – Not taking part in things they liked before and talking to family, friends and peers

• Anger – Having outbursts of anger and revenge-seeking behaviour

Parents who see such signs in their children should encourage them to open up or create a dialogue with them. Sometimes children may not open up about bullying at school or emotional problems, choosing to deal with the issue on their own. If parents feel that it is beyond their control, they should seek professional help.

(References: Suicide in pediatrics: epidemiology, risk factors, warning signs and the role of the pediatrician in detecting them)

(The above story first appeared on LatestLY on Aug 28, 2018 12:40 PM IST. For more news and updates on politics, world, sports, entertainment and lifestyle, log on to our website latestly.com).