Although breast implants come with some side effects, most women tolerate them because the psychological benefits outweigh the physical inconveniences. 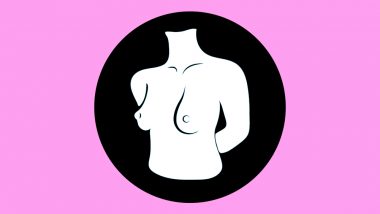 We often pay a heavy price for beauty. A US woman realised this the hard way when the breast implants she was carrying started making her feel sick. Andrea King, a 34-year-old mother from Chicago, did away with her breast implants after being ill for four years. According to an article by the Daily Mail, she had spent a total of $35,000 on breast implants, which took her from A cup to C cup in 2014. The implants did wonders for her confidence since she had always been flat-chested. But in the years that followed, Andrea was plagued by a variety of illnesses.

Five months ago, she revealed to the Daily Mail that she was diagnosed with a host of autoimmune diseases like lupus, rheumatoid arthritis, IBS, Sjogren's syndrome and celiac disease. A fitness trainer by profession, Andrea said that she tried her best to continue, but she couldn’t even walk up the stairs without palpitating. She even suspected an HIV infection when her health started getting worse consistently. Some research helped her identify the cause of her illness that was hiding in plain sight – her implants.

After having what she termed as the “worst years” of her life, Andrea finally decided to get rid of them. She recalls waking up from the hospital bed and feeling instant relief. “If I had not had them removed, I believe they would have been the cause to something that would have eventually killed me,” she says. Woman with Super Big Breast! Claims Her 34JJ Boobs Can’t Squeeze onto Tube Trains and That She Can’t Sleep on Her Front.

What Is Breast Implant Illness?

Breast implants are soft medical-grade sacs made of silicone that are inserted into the body to make the breasts appear bigger. The reasons are more or less cosmetic, because most women who get them want to improve their appearance and self-confidence. Many breast cancer patients who underwent mastectomy also resort to using the implants.  Tamil Nadu is Offering Free Breast Implant for Poor.

Most of the implants today are inflated with saline solution or silicone gel-filled in a silicone shell. Although breast implants come with some side effects, most women tolerate them because the psychological benefits outweigh the physical inconveniences. But over the years, breast implants have been responsible for causing a set of symptoms, which the doctors describe as Breast Implant Illness. Babestation Model Is Selling Her ‘Old Breasts’ To Fans After Getting New 30H-Sized Boobs.

Studies have shown that there’s no connection between silicone breast implants and serious diseases. But women have reported a list of problems that they commonly face after getting the implants.

Experts have spoken of systemic diseases and conditions like cancer and connective tissue diseases caused by silicone implants. Breast Implant-Associated Anaplastic Large Cell Lymphoma (BIA-ALCL) is a form of lymphoma seen in people who get breast implants.

According to FDA, BIA-ALCL is found in the scar tissue and fluid near the implant. In some cases, it can spread to the whole body.

Andrea King also suffered from capsular contracture, a painful side effect of breast cancer implants. The condition is a response of the immune system when foreign materials are introduced into the body.

The body creates “capsules” out of collagen fibres, covering and isolating the prosthetic device inside the body to create tolerance. But sometimes, the capsule can shrink or collapse, causing a lot of discomfort and pain.

What You Should Know About Breast Implants

There is no evidence tying autoimmune disease caused by implants. Some studies have suggested lower rates of breast cancer in women with implants.

Women with silicone implants can breastfeed their children safely. Infant formulas and cow’s milk have far higher levels of silicone, according to IOM.

Most of the problems associated with implants are localised, and not life-threatening.

Breast implants don’t last forever, and women have to consider to go in for more than one implant.

Although many women fall ill, the study by IOM found no association with breast implants.

But if you plan on getting implants, educate yourself first. Weigh all the pros and cons before going in for the surgery. Silicone implants that have a smoother surface are fewer dangers than the ones with textured surfaces according to the US FDA. If you have breast implants and have been experiencing some of these symptoms, seeking medical attention at the earliest is a must.

(The above story first appeared on LatestLY on Dec 18, 2018 12:57 PM IST. For more news and updates on politics, world, sports, entertainment and lifestyle, log on to our website latestly.com).