World Menstrual Hygiene Day 2021: Five Things You Didn’t Know About Menstruation That Might Actually Blow Your Mind and Help Beat the Periods Stigma

On this World Menstrual Hygiene Day observed on May 28th, let's learn some mind-blowing facts about our periods, educate others and overcome the stigma surrounding our menstrual cycle. 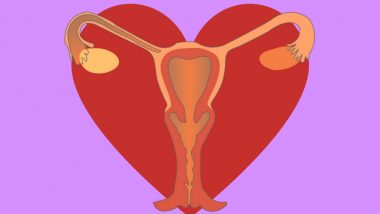 Periods don't really get a good rap considering all the blood, pain and embarrassment surrounding the uterus. When the truth is, it's merely a natural bodily function that shouldn't be treated like a second-class citizen. People are often afraid to utter the name  -lest they say it three times in front of a mirror and bloody mary actually makes a horrific appearance - it just doesn't make any earthly sense to be afraid or embarrassed about it.  The fact is, a healthy period is a sign that your body is doing whats it's supposed to do and is in quite a good working condition. So there's nothing to be embarrassed about. On the contrary, you should be overcome with joy that you are the epitome of good health. On this World Menstrual Hygiene Day observed on May 28th, let's learn some mind-blowing facts about our periods, educate others and overcome the stigma surrounding our menstrual cycle. Menstrual Hygiene Day 2021: 7 Indian Celebs Who Have Actively Participated in Raising Awareness About Menstrual Hygiene.

The average woman has more than 400 periods in her lifetime

According to a scientific study published in the Lancet, between your first period and until you hit menopause, you'll have more than 400 periods in your lifetime.

Menstrual cups have a longer shelf life when compared to a Tampon.

Menstrual cups have to be only swapped twice a day to prevent infection and triggering toxic shock syndrome (TSS). Whereas a Tampon must be changed every five hours to maintain good menstrual hygiene.

There's a Disney Movie about periods made in the 1940s

The magical Disney production a few have actually seen is called “The Story of Menstruation” and it was funded by Kotex. Essentially, the movie explains what’s about to hit the tweens ovaries very soon. It should be played in every school and prepare and educate the tweens about periods.

Your period probably isn’t syncing up the living in close quarters with another female.

A 2005 study published in the journal Human Nature, found that, when researchers monitored the cycles of 186 women living in the same dorm for more than a year, they found that the women’s periods didn’t sync up at all.

Orgasms can decrease the effects of cramps

Orgasms release pain-fighting neurotransmitters during your period and this reduces the debilitating pain of cramps and can make you feel better.

We hope we've let you in on a few amazing facts about a period that'll help you to navigate through the bloody path armed with knowledge sans the embarrassment and spread the wealth.

(The above story first appeared on LatestLY on May 27, 2021 01:37 PM IST. For more news and updates on politics, world, sports, entertainment and lifestyle, log on to our website latestly.com).