He has always considered Sky as the limit, stopping at no obstacle and continuing to make way for himself to fulfill his goals. As the climate continues to evolve it is clear that it will require initiative and hard work from those who wish to stay on top. One thing is for sure, however the space changes, it is certain that Lorenzo Escobal will be there, leading the charge. 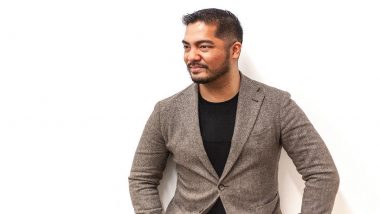 What does it take to be a leading entrepreneur? Where there are thousands of people out there trying out their ideas in order to succeed as entrepreneurs, but only a few make out as the pioneers. With attention to detail, and comprehensive knowledge about his market and customers, Lorenzo Escobal is amongst the very few who has emerged out as a leading entrepreneur in Automotive Detailing and an International media personality.

Escobal is a renowned, award-winning entrepreneur, founder of Inception Automotive Detailing and a Forbes Council Member. He is known for finding unique ways to be at the forefront of its industry simply by knowing how and when to strike. Lorenzo has already taken it upon himself, focusing on disrupting the market with his out-of-the-box concepts and quality service. His mission is to offer services that are affordable and accessible for everyone. Not only that, he has even made a name for himself as an established keynote speaker.

Lorenzo, before reaching such heights in his career, served in the Canadian Military. Lorenzo became an Artillery Gunner and routinely modifies his business strategy with tactics learned on the battlefield. He graduated from the Ontario Tech University with an Honours Bachelor’s degree in Commerce. Soon after realizing that he needed to have a flexible job in order to continue his academia, Lorenzo Escobal began detailing cars personally for friends and acquaintances and accommodating work with studies in a tight schedule to make ends meet. During this time of his life, he got associated with numerous car connoisseurs and learned the ropes of this business.

What makes him stand out is his network of tradesmen and specialty service providers that can help with any renovation project. Escobal’s company specializes in luxury exotic car detailing and within a few years has become the #1 detailing place-to-go in the Greater Toronto Area. Initially, it was just Lorenzo, his tools, and a mobile detailing van. And now, he has grown the business to international recognition. Lorenzo retains such a massive and loyal clientele by always delivering the new driving experience. Regardless of the vehicle or services rendered, each and every customer drives off the lot with that feeling of having a brand new car. Like a teenager being given the car keys for the first time, customers leave IAD with giddy smiles and a reinvigorated spirit.

To build an empire, one needs to have an army of trustworthy people. Escobal, with his demeanor and supportive nature, has kept all his employees in a close loop. He is attentive to his employees' needs and also instills trust like no other, allowing his staff the space they need to accomplish their mission. He knows the value of good intel, which is how he can push his team to survive their limits, and he inspires others to learn from their mistakes.

Despite the pandemic, Lorenzo has shown no signs of slowing down. Inception Automotive Detailing and his many other projects continue to grow exponentially. COVID-19 has really just been another obstacle to overcome in a series of many obstacles already conquered. Inception Automotive Detailing has recently moved into a brand new state-of-the-art facility and is well on its way to maintaining its status as one of the Top 5 XPEL Protective Film Installers in the Greater Toronto Area.

Having accomplished such greatness with utmost dedication and motive, Lorenzo has recently embarked on another entrepreneurial journey with the establishment of Industriasys Corp. known for its new breakthrough patent-pending (with USPTO) ZERO EMISSION power generation system and methods using hydrocarbon-based fuel.

Since the very beginning, Lorenzo was a hardworking, determined and passionate person, which is what helped him succeed as a leading entrepreneur. He has always considered Sky as the limit, stopping at no obstacle and continuing to make way for himself to fulfill his goals. As the climate continues to evolve it is clear that it will require initiative and hard work from those who wish to stay on top. One thing is for sure, however the space changes, it is certain that Lorenzo Escobal will be there, leading the charge.