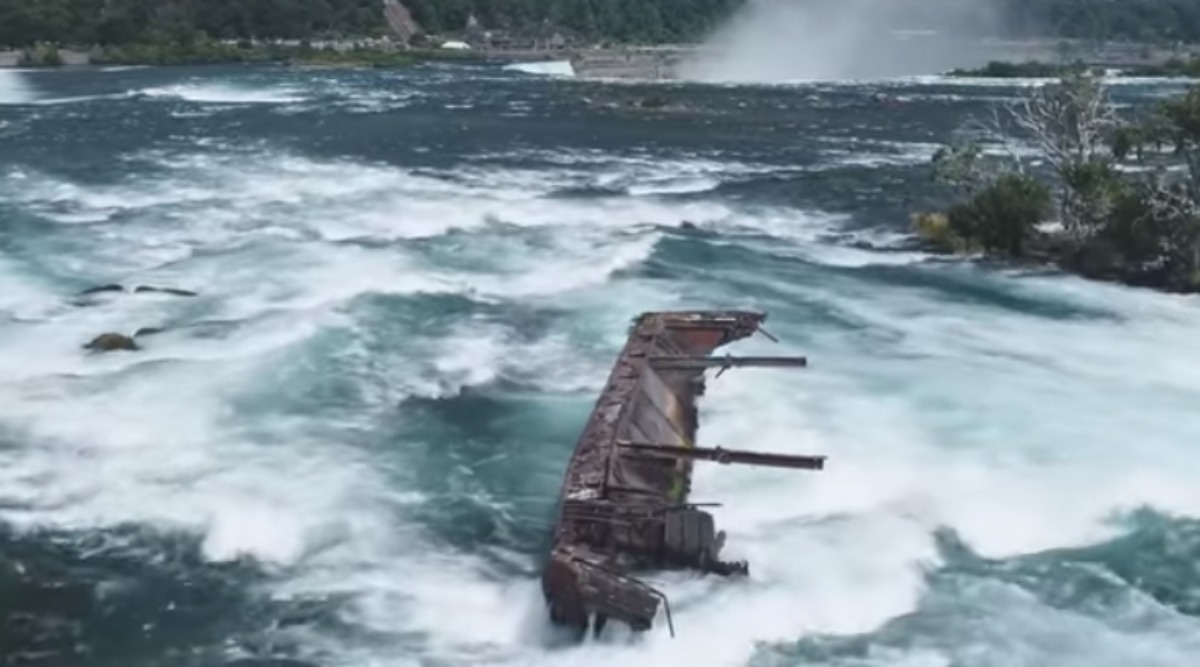 An 80-foot long boat which has been stuck above Niagara Falls for 101 years has been dislodged following a storm on Halloween. The rusty iron scow had been stuck on the rocks since 1918 in the upper rapids above the Horseshoe Falls on the Canadian side. Scow is a type of flat-bottomed sailing vessel which was commonly used for navigating shallow waters in earlier times. It had drifted downstream towards Horsehoe Falls, the highest waterfall of Niagara Falls while two workers were on board. It became grounded on rocks just 838 yards from the falls and 17-hour rescue mission was launched to rescue the two men from the raging water. Niagara Falls Freezes! Check Out Mesmerising Photos And Videos of the Icy Waterfall on US And Canada Border.

The incident happened when it was being used to dredge sandbanks higher up the Niagara River. A rope connecting to the boat snapped and it drifted ahead. It has been sitting on the same place since then and has come to be known as the Niagara Scow. However, the storms on October 31 dislodged it bring the scow 150 yards closer to the edge of the waterfall. According to experts, the boat may tumble down the waters soon.

Horseshoe Falls is at 51 metres high, and is the border between the US and Canada. Jim Hill, superintendent of heritage at the Niagara Parks Commission on Facebook said, "For many years the Canadians had a great view of the scow. It’s been deteriorating badly and we have aerial footage from last year when we wanted to mark the centennial of the rescue that took place on August 7 1918."

In the video, he further says, "It appears to have sort of flipped on its side and spun around. We think it's about 50 metres downriver from its original location. What we think has happened now is it’s turned and twisted in the very heavy current and flow of the river, and it's stuck where it is now. It could be stuck there for days, or it could be stuck there for years. It's anyone's guess."