Japanese City of Kamakura Asks Tourists to Stop Eating While Walking; Here's Why 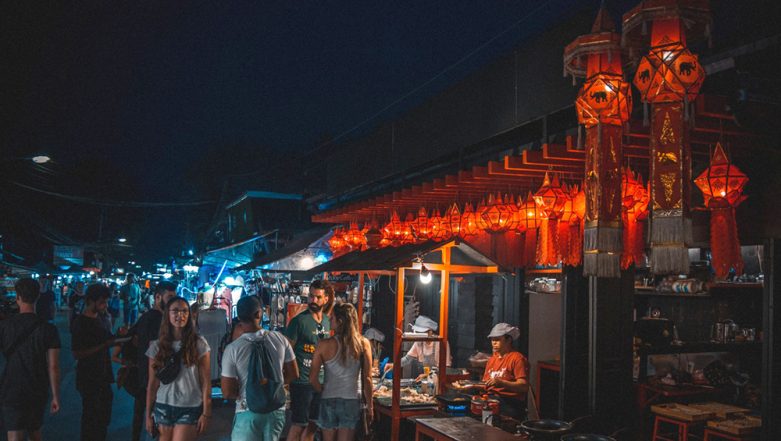 Japan is trying to regulate unruly habits of tourists that make their cities dirty. Every city across the countries is known by the street food it serves, which can also be translated into a lot of waste if not taken care well. And if these people come with little civic responsibility, the city may just end up stinking. The coastal city of Kamakura in Japan's Kanagawa Prefecture is facing similar problems. With an increase in such issues, Japan has come up with official policy asking tourists and residents to stop eating while walking around the city. The rule is in effect since April 1.

The major concern problem due to which the rule had to be officiated is the mess of garbage. People eat and simply leave the leftovers on the road attracting animals making it scenario even dirtier.  While, Kamakura is known for surfing, Shinto shrines, Buddhist temples, and the Great Buddha of Kamakura, the waste was making the city stink. Kamakura is about 30 km southwest of Yokohama and is known for its temples and beautiful beaches. Travel Tip Of The Week: 5 Ways in Which You Can be A Responsible Traveller.

According to Japan Today, around 50,000-60,000 people visit Komachi-dori every day and the street that serves fast food is just 350 metres. People crowd the area and by the time, the number of visitors decreases, what is left is piles of garbage. However, according to CNN, tourists who break the new ordinance will not be issued fines. The policy which has been posted is to encourage people to adopt good manners rather than a warning sign.

Other than garbage, another concern is that it affects Japan's deep-rooted culture related to eating habits. Many Japanese people believed that to do some other work while eating is poor manners and means that one does not appreciate their food. It also runs deep to World War 2 where there was a scarcity of food and hence one should not treat their food casually.

The issue of tourists' eating habits has not just been Japan's worry, in the past, Italy's Florence placed restrictions and even came up with penalties for those not adhering to the rules. Meanwhile, Bangkok has been trying to deal with its ever-increasing crowd.