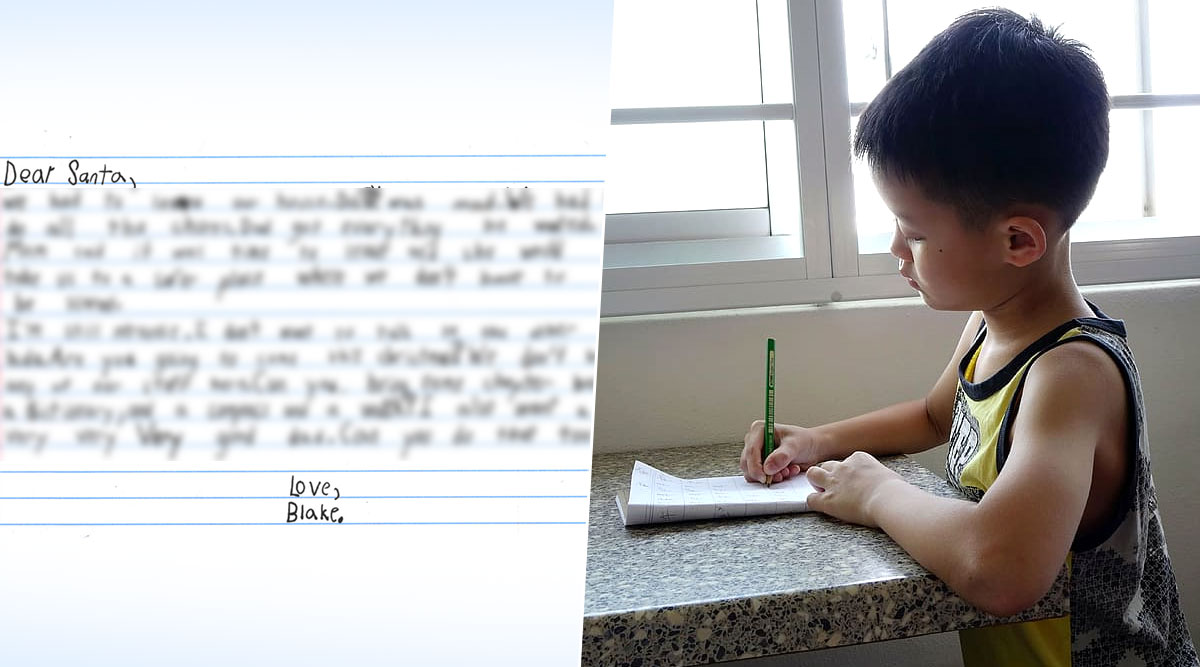 Kids have the purest heart. And their fondness and expectations from Santa Claus are always heart-warming. Just recently, a domestic violence shelter shared a heartbreaking letter addressed to Santa, written by a 7-year-old boy and is will wrench your heart. In the letter the boy, Blake has written in details on how still fears his father and is nervous. However, he asked Santa to "not forget him this time" and asked for a few things he needed. Along with things like books and compass, he also asked for a new better dad.

Posted on the Facebook page of SafeHaven of Tarrant County, Texas, the letter was found in Blake's backpack who is staying in a domestic violence shelter with his mother.  His letter read: "Dear Santa, We had to leave our house. Dad was mad. We had to do all the chores. Dad got everything he wanted. Mom said it was time to leave and she would take us to a safer place where we don’t have to be scared. 'Are you going to come this Christmas?'

I'm still nervous. I don’t want to talk to the other kids. Are you going to come this Christmas? We don’t have any of our stuff here. Can you bring some chapter books, a dictionary, and a compass and a watch? I also want a very, very, very good dad. Can you do that, too? Love, Blake." The shelter shared the letter on Facebook in hopes of raising money for other families.

The letter was found by Blake’s mother who says that she found the letter in his backpack a few weeks ago. Blake’s note captured the hearts of the readers. Wellwishers have donated to the shelter and Blake has gotten just the Christmas presents have asked for. SafeHaven thanked volunteers for their donations. We wish he also gets the kind of father he wants. On another note, as Christmas 2019 is approaching, people on Twitter are sharing their fondest memories of their childhood when they used to love lightening these silver trees during the holiday. The pictures of those vintage setting have surfaced on the internet with people going all nostalgic.