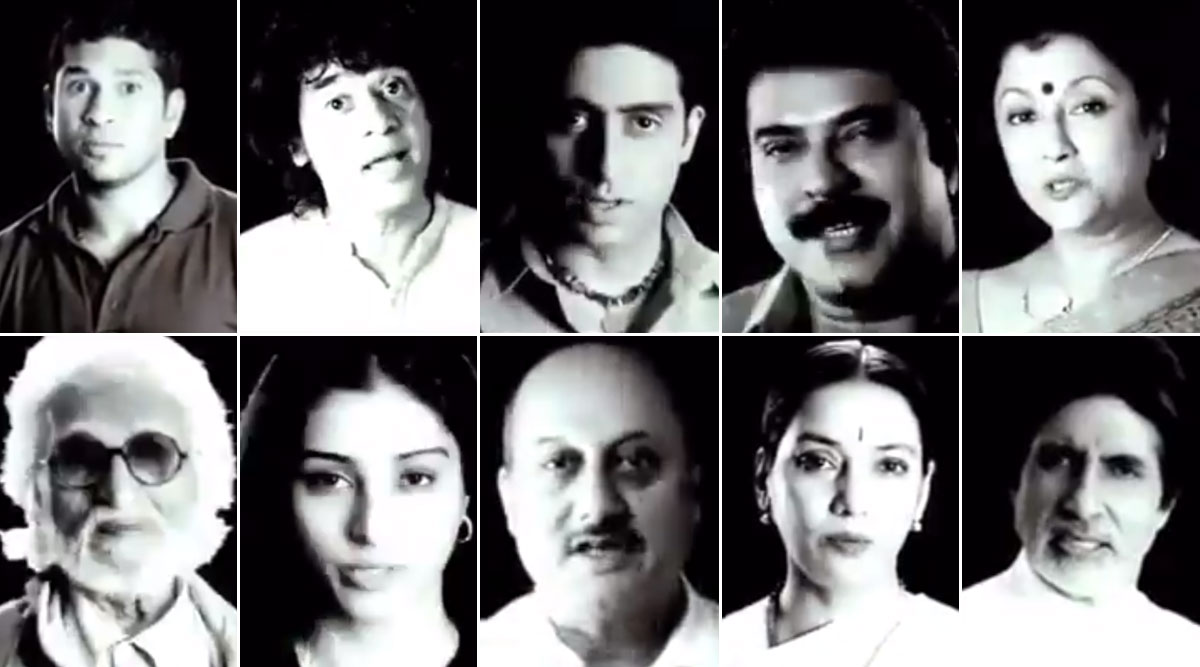 Since the past few weeks, there has been an atmosphere of tension because of the ongoing protests against CAA - Citizenship Amendment Act. Not only citizens from across cities, a few Bollywood celebs too have taken a stand against the act and are also participating in protests that condemn violence against the protestors and students of universities such as JNU and Jamia Millia. This is a time when the citizens are hoping that prominent personalities form not just the entertainment business but also sports and other fields stand in solidarity with the students, especially after incidents such as the recent JNU attack. Amidst Anti-CAA Protests, This Old Beautiful Song Featuring Anil Kapoor, Aamir Khan, Salman Khan, Rajinikanth and a Young Ranbir Kapoor, Tiger Shroff, Sonam Kapoor Is Going Viral (Watch Video).

Most A-list celebrities such as Shah Rukh Khan, Salman Khan, Aamir Khan and also sports personalities such as Virat Kohli, Sachin Tendulkar have maintained silence on the recent CAA issue. At a time like this, we can't help but remind these personalities of a throwback video that featured them proudly saying 'Main Hindustani' The video has now surfaced online which starred Sachin Tendulkar, Amitabh Bachchan, Anupam Kher, among others. The video even sends a message saying, "A Crime against Indians is a crime against India."

The video has now surfaced on Twitter and users can't help but notice that those present in this video are indeed the ones who have maintained their silence at a crucial time like this. A user even suggested that a new version of this video be made featuring people who have actually stood up for issues. Sonakshi Sinha, Bhumi Pednekar and Other Bollywood Actresses Speak Out in Support Of Deepika Padukone After Her JNU Visit.

Need for a Newer Version?

There should be a latest version of this. With those who have guts to speak up now. Maybe @anubhavsinha can make it.

Thank You, Aparna Sen and Shabana Azmi for Keeping Your Word!

Only two with spine from this video are @AzmiShabana and @senaparna . Last person was over dramatic.

When They Raised Their Voice:

When they United together because they were not afraid of people in power position.