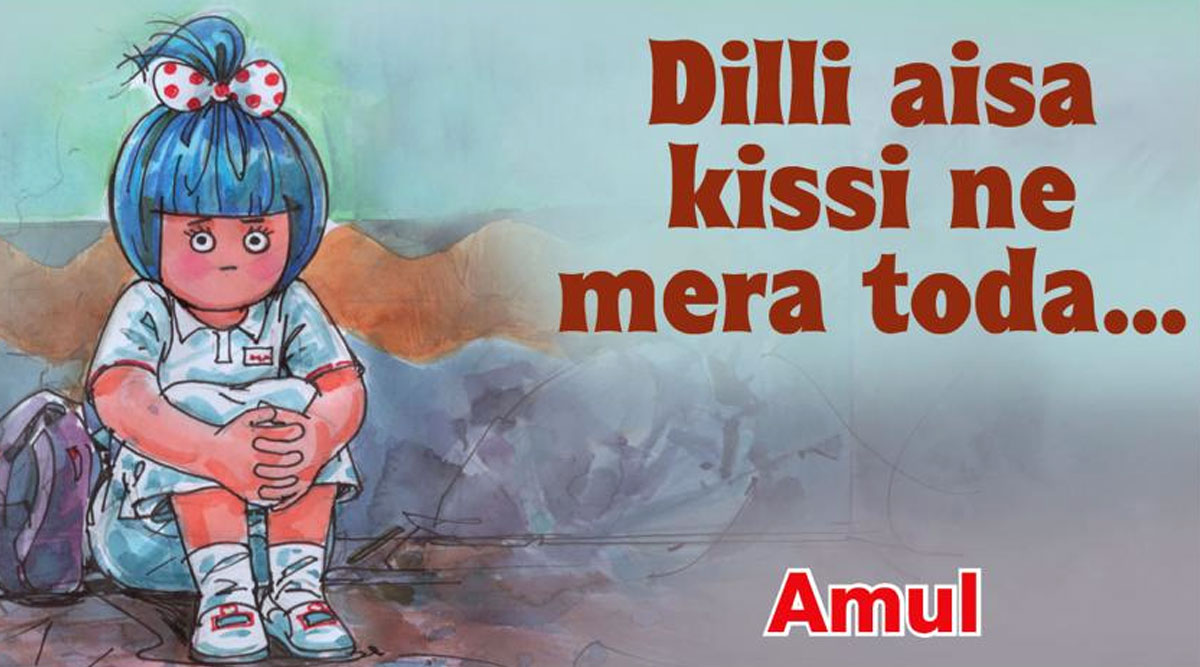 New Delhi, February 29: Indian dairy brand Amul is known for coming up with critical, sarcastic and comic advertisements on important events across streams. On Friday, Amul's topical ad was on violence-hit Delhi. Calling for peace, brotherhood and harmony, the dairy brand put up the ad showing the Amul girl in grief over a large scale of violence that swept Delhi's North-East district earlier this week. Delhi Violence: Journalists Attacked by Mob While Covering Clashes Between Pro And Anti CAA Groups.

Normalcy returned to Delhi on Friday and prohibitory orders were relaxed for 10 hours view of improvements in the ground situation. Areas under 12 of the 203 police stations in Delhi (about 4.2 per cent of the geographical area) got affected in the violence that began on February 23 evening and continued for a couple of days.