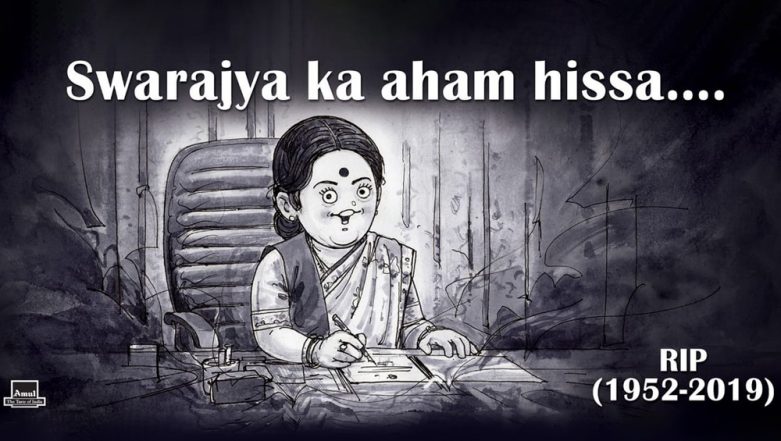 The 67-year-old was brought to AIIMS at 9:30 pm on Tuesday night and was immediately taken to the emergency ward, moment after she suffered a cardiac arrest. Many jostled for the last glimpse, before her body was taken for the cremation. It is a significant loss to the nation and people still could not believe the sudden demise of the politician. An influential figure that she was, Amul’s topical rightly depicts the glorious chapter of Indian politics. Sushma Swaraj Would Have Worn Green Saree Today, Here's Why.

A grief-stricken nation says goodbye. Since morning, thousands gathered outside Swaraj’s residence to pay their final tribute to the former external minister. She will always be remembered for her extraordinary services to the people of India.