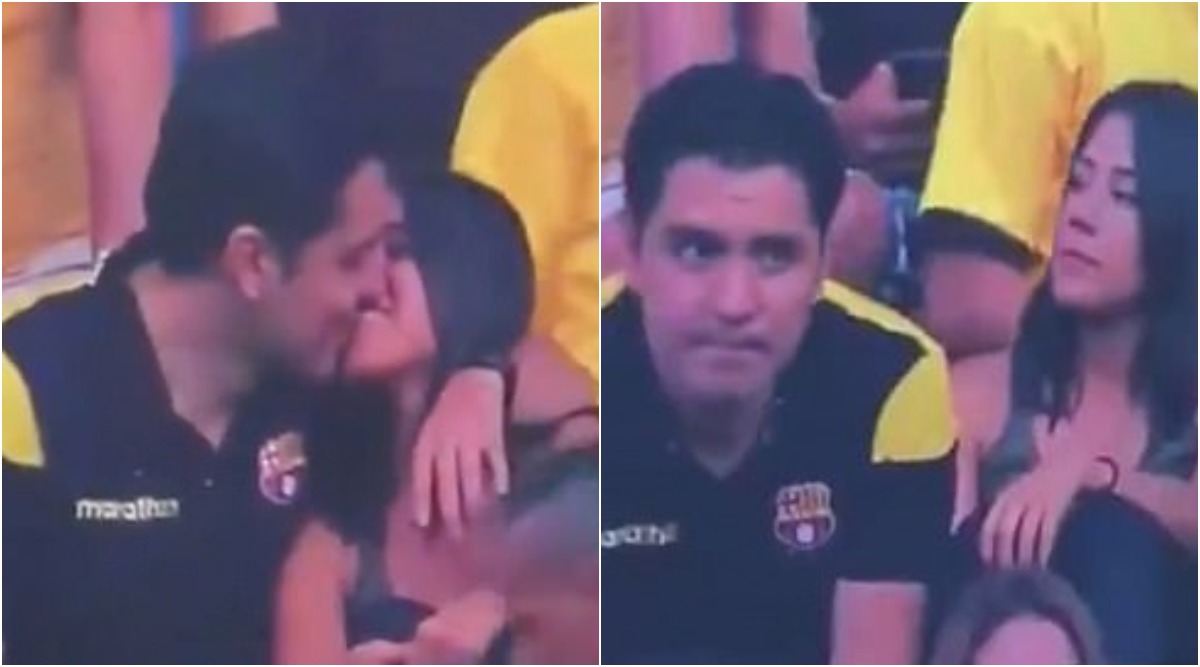 The football fan whose kissing video went viral has accepted that he was cheating on his partner. He was captured kiss a woman sitting next to him at a football match between Barcelona SC and Delfin in Ecuador on Saturday. The video went viral after cameras at the stadium captured the man kissing and was shared widely on social media platforms. He was seen holding the woman close with his arm around her shoulder. The Metro identified him as Deyvi Andrade. Barcelona vs Delfin Kiss Cam Video: Man's Awkward Kiss to Woman Goes Viral, Netizens Suspect Him of Cheating on Wife.

Mexican sports paper Record said: 'If you're thinking of cheating on your other half, a football match in a stadium with thousands of people in the stands and millions more watching on TV would be the last place you'd go…unless you're this nice Barcelona SC fan in Ecuador.'

The Metro quoted that he said, "If it was a woman in my place what would you do Various videos have been circulating of unfaithful women but they haven't been made fun of as much as me. I hope you never have to be in my position. I'm going to defend my honour and my pride as a man until the end... We all fail and we all repent, thank you to those who have invited me to church and if I go it is so I can heal my family."

Here is the Video of The Incident:

When you kiss your girlfriend, then realise you’re on tv and your wife could be watching 😳

He also wrote, "No one is going to be able to damage my image, God is big and strong and these women who are criticising me, I know too have cheated but they still comment. You've already destroyed my relationship, what more do you want? I hope this doesn't serve you in any way because you are only hurting a son of God. You don't know the psychological damage you have caused with your hatred directed at me. Everyone fails and we can forgive from our hearts. God give me strength!"