In yet another horrific incident related to sexual abuse with minors, the St. Petersburg Police Department detained a 31-year-old instructor on suspicion of having sex with a student who was 16 years old. 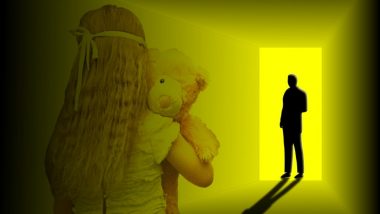 In yet another horrific incident related to sexual abuse with minors, the St. Petersburg Police Department detained a 31-year-old instructor on suspicion of having sex with a student who was 16 years old. The incident shocked the community. According to an arrest affidavit, Conor Westrate was detained on Friday night at 8:30 p.m. on suspicion of engaging in unpermitted sexual behaviour with minors. According to the affidavit, Westrate knew the 16-year-old. Back here in India, just recently, a 15-year-old boy was allegedly sexually assaulted by a driver and conductor in northeast Delhi's New Usmanpur area, police said on Friday. Delhi Shocker: Three Forcefully Shoot Nude Video of Man With a Woman, Blackmail Him Into Extortion, Arrested.

Westrate was not a teacher for Pinellas County Schools, according to Isabel Mascareas, a spokeswoman for the school system. Westrate works for a charter school, according to Mascareas, who also advised the Tampa Bay Times to get in touch with Pinellas MYcroSchool for more details. A public charter high school called Pinellas MYcroSchool is situated in St. Petersburg. As of Monday afternoon, the charter school had not responded to a voicemail or email requesting a comment.

Late on Friday, Westrate was arrested and sent to the Pinellas County Jail. He was released after posting a $2,000 bail for an unrelated misdemeanour charge of failing to appear in court for a petit theft in Orange County and a $10,000 bail for that charge.

(The above story first appeared on LatestLY on Dec 08, 2022 12:06 PM IST. For more news and updates on politics, world, sports, entertainment and lifestyle, log on to our website latestly.com).