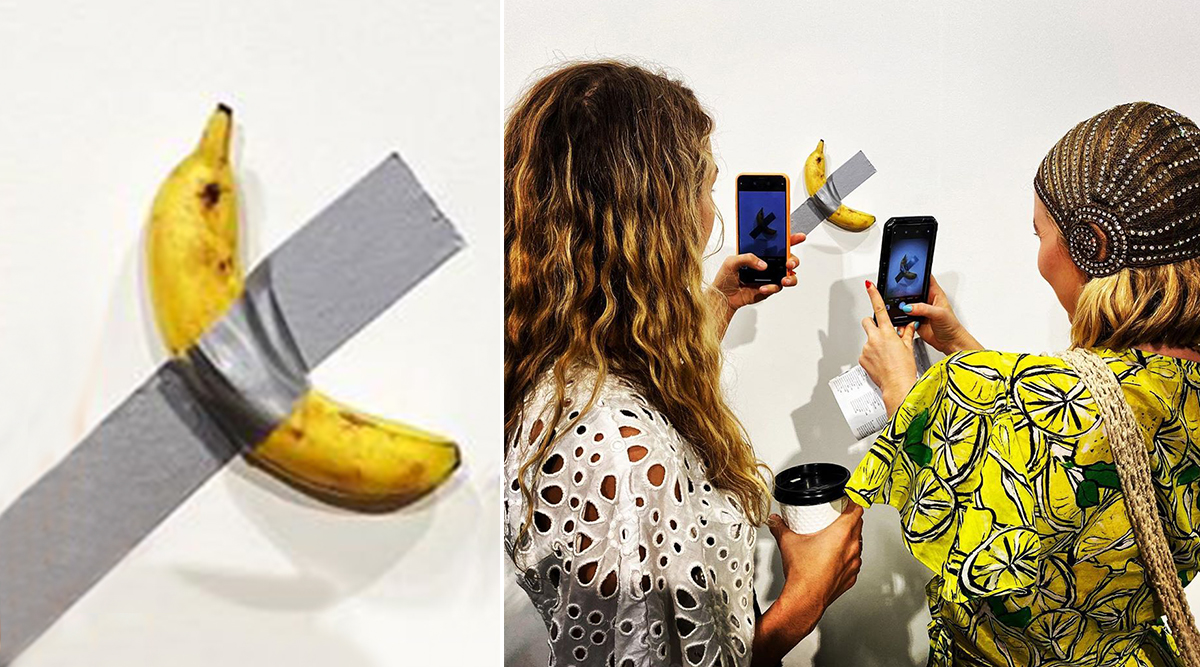 Art is an ‘art’ that displays the creativity of the genius behind it. But this art piece is not something that you have ever seen in any exhibition—the art of bananas (literally)! Italian artist Maurizio Cattelan created a duct-taped banana artwork that is currently put on a display at Art Basel in Miami. It is even up for sale. The price tag? It is reportedly a whopping $120K (more than Rs. 85 lakh). The picture has been uploaded on social media sites and is getting enough reactions. Titled “Comedian,” the artwork is created from a banana bought reportedly from a Miami grocery store and a single piece of duct tape is used to fix it to the wall. That is it! World’s Largest Drawing Made by Aberdeenshire Artist Johanna Basford Enters Guinness Record Art.

There are three editions of the artwork. Two versions have already been sold, and this is the final one which up for sell. According to media reports, the first version of “Comedian” was sold to a French woman and the second was sold to a man at an annual art festival. The gallery’s owner, Emmanuel Perrotin, told CNN that the bananas are “a symbol of global trade, a double entendre, as well as a classic device for humour.”

There are no clear instructions on potential buyers as to what they should be doing when the fruit starts to decompose. If you didn’t know, Cattelan is the same artist behind the functioning 18-carat gold toilet which has been stolen from Blenheim Palace in England in September, 2019. According to reports, at least five arrests were made following the theft, but the toilet is yet to be recovered.