Meghan Markle Birthday: Motivating Quotes by The Duchess of Sussex to Share as Turns 39! 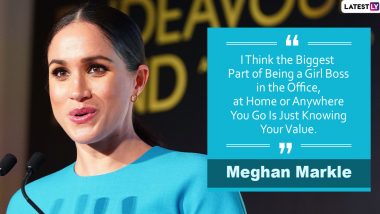 Meghan Markle, the Duchess of Sussex was born on August 4, 1981, in Los Angeles. The former Suits actress garnered even more fame when she married Prince Harry becoming a member of the UK royal family. The fairy tale wedding was watched over the world in 2018. She was the first American to marry into the British royal family since Wallis Simpson. However, the royal couple decided to step down from the royal duties to be more financially independent in January 2020. She has been one of the top voices on feminism, women empowerment and education for girls in the recent. As Meghan Markle turns 39 years, we bring to you some of her quotes that showcase her strong opinion on women taking the lead. Meghan Markle's Long Hair at Virtual 2020 Girl Up Leadership Summit Gets Noticed, Duchess' Former Hairdresser Says 'She's Making a Statement'.

She has been a Global Ambassador for World Vision Canada. Markle has also worked with One Young World, thus helping the UK charity to encourage young leaders around the world to initiate positive change. Meghan is the first person to hold the title Duchess of Sussex. While Meghan grew up in LA, she did not have a posh upbringing as her parents divorced when she was just six years old. Her father eventually moved to Mexico and Markle lived with her mother. Meanwhile, check out her quotes on empowering women, opportunities, life and love. 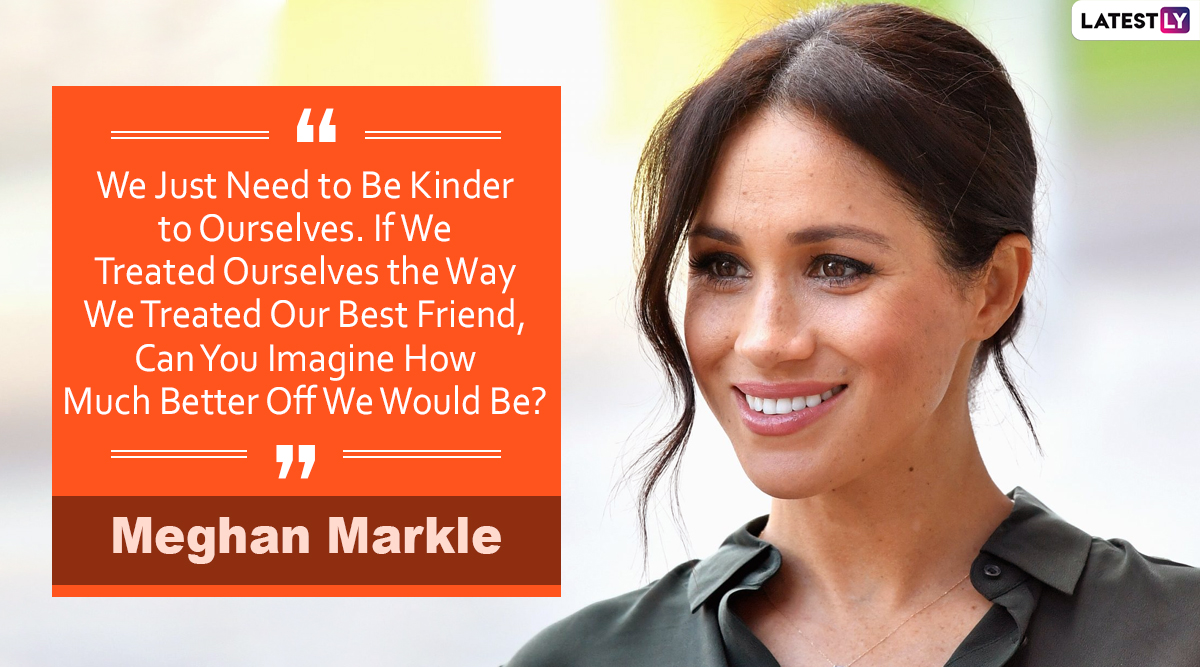 Quote Reads: “We Just Need to Be Kinder to Ourselves. If We Treated Ourselves the Way We Treated Our Best Friend, Can You Imagine How Much Better Off We Would Be?” Quote Reads: "With Fame Comes Opportunity, but It Also Includes Responsibility–to Advocate and Share, to Focus Less on Glass Slippers and More on Pushing Through Glass Ceilings." 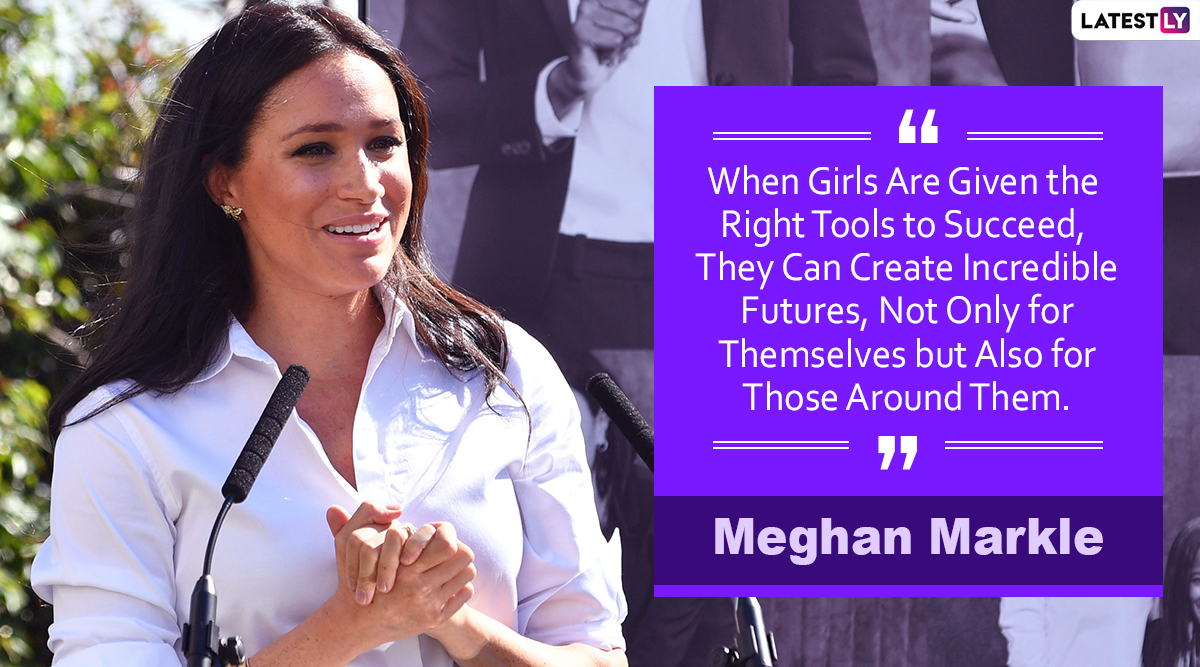 Quote Reads: “When Girls Are Given the Right Tools to Succeed, They Can Create Incredible Futures, Not Only for Themselves but Also for Those Around Them.”

Quote Reads: "Traveling Gives You Some Perspective of What the Rest of the World Is Like. I Think That Having the Courage to Step Out of the Norm Is the Most Important Thing." 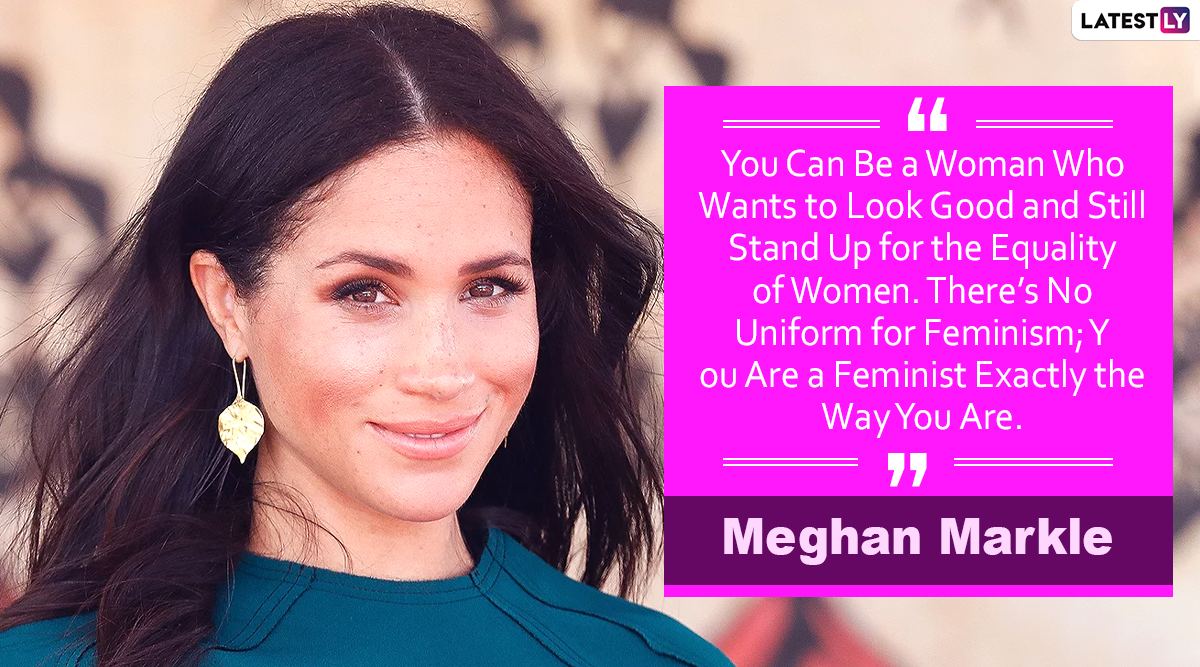 Quote Reads: “You Can Be a Woman Who Wants to Look Good and Still Stand Up for the Equality of Women. There’s No Uniform for Feminism; You Are a Feminist Exactly the Way You Are.” 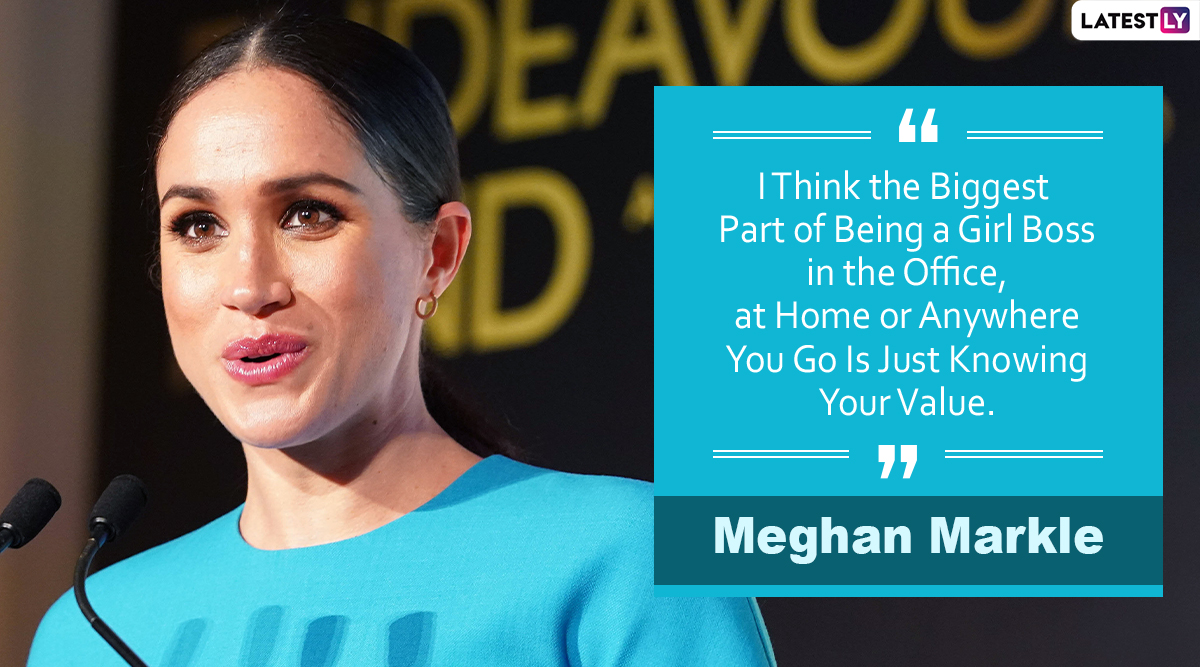 Quote Reads: “I Think the Biggest Part of Being a Girl Boss in the Office, at Home or Anywhere You Go Is Just Knowing Your Value.” 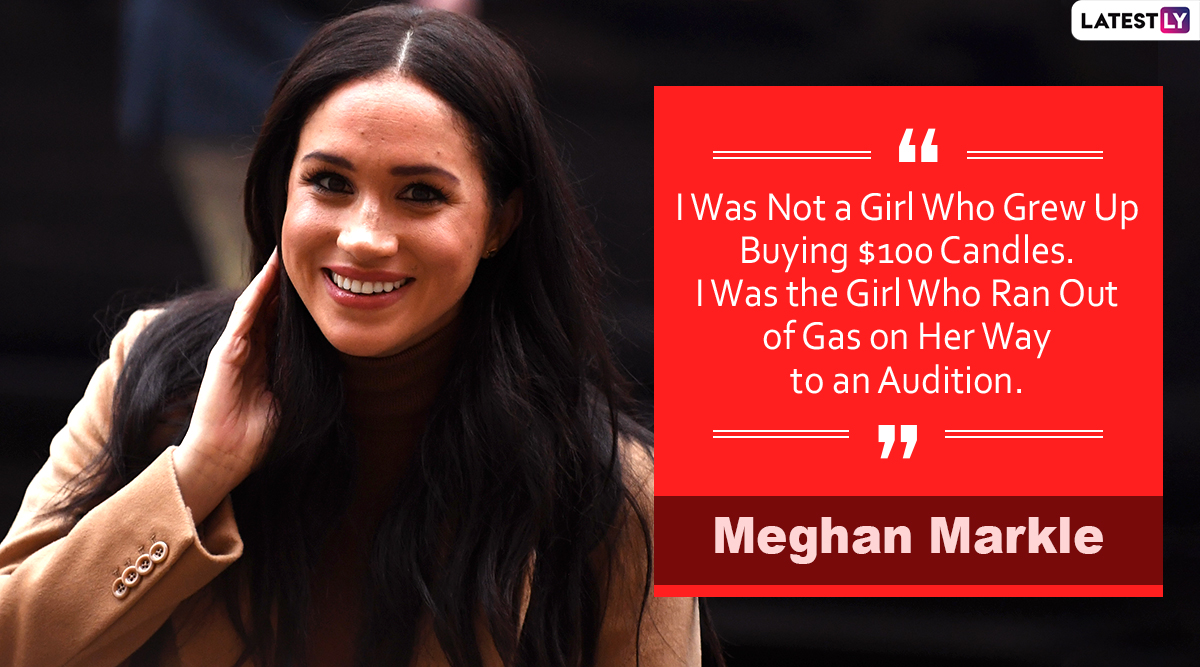 Quote Reads: “I Was Not a Girl Who Grew Up Buying $100 Candles. I Was the Girl Who Ran Out of Gas on Her Way to an Audition.”

The Duchess of Sussex attended Northwestern University in Illinois, graduating in 2003. Before becoming a royal, in an interview, she said that she wanted to be an actress in her career, but was left conflicted by her interest in politics. Today she is also a mother to son Archie Harrison Mountbatten-Windsor. We wish the dashing Duchess a very Happy Birthday!

(The above story first appeared on LatestLY on Aug 04, 2020 09:00 AM IST. For more news and updates on politics, world, sports, entertainment and lifestyle, log on to our website latestly.com).