Penis-Shaped Island On Google Earth Discovered by Michigan Woman, But Where Is This Bizarre Phallic Island Located?

A social media user spotted a penis-shaped island on Google Earth. But where is the phallic island located? How can you spot it from home? Here's everything you should know about this bizarre discovery. 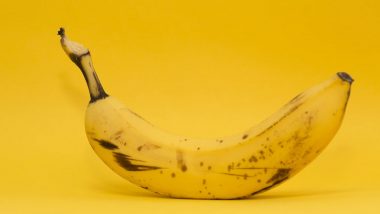 Internet is a wild place. And thanks to Google Earth, users are indeed having a great tour while sitting at home. The virtual map is a treasure trove of oddities. If you are a Google Earth enthusiasts, chances are you certainly have found some interesting finds. Even Google Maps street view provided some bizarre findings. Do you remember the ghostly girl figure hiding behind a tree that appeared in the street view of Martha Chapel Cemetry in Texas? There have been some bizarre findings, and the latest one raised eyebrows! A social media user spotted a penis-shaped island on Google Earth. But where is the phallic island located?

This is not the first weird discovery. In fact, there are phallic structures too situated at different locations in the world. Again, there was the 'penis fish' which flooded a Californian beach in 2019. The latest discovery is creating the similar buzz. Joleen Vultaggio from Detroit, Michigan, was checking a number of locations on the world's online map, when she stumbled upon a curiously-shaped island. She shared the image on her Facebook group, Google Earth Superfans, marked coordinates of her startling discovery and shared it with other explorers. Everyone found it hilarious, and dubbed it “Penis Island.”

Where is the Penis Island Located?

The mother of two was quoted in reports as saying, “I was looking around the Trinity Islands and it just popped up and I thought ‘wow, that really looks like an uncircumcised penis’.” At more than 500 metres long, the X-rated find is reportedly located within the tropical Trinity Islands off the coast of French-owned New Caledonia, Oceania. “I shared it so people could pull up the coordinates and see it with their own eyes that it's physically there and it really does look like a penis,” she added.

The Google Earth pics show the massive penis-shaped island bordered by a clear blue sea and covered with lush greenery. Joleen jokingly adds that she would love to visit the place and “sit on that d**k.” You can check the images HERE.

So, do you plan to visit the island? But maybe not immediately plan a trip. Given the ongoing situation, it is safer for you to visit the phallic island virtually from home! How? If you punch in the coordinates 20°37’37”S 166°18’02”E into Google Maps, and click the ‘satellite view,’ you can find it too!

(The above story first appeared on LatestLY on Feb 23, 2021 02:55 PM IST. For more news and updates on politics, world, sports, entertainment and lifestyle, log on to our website latestly.com).