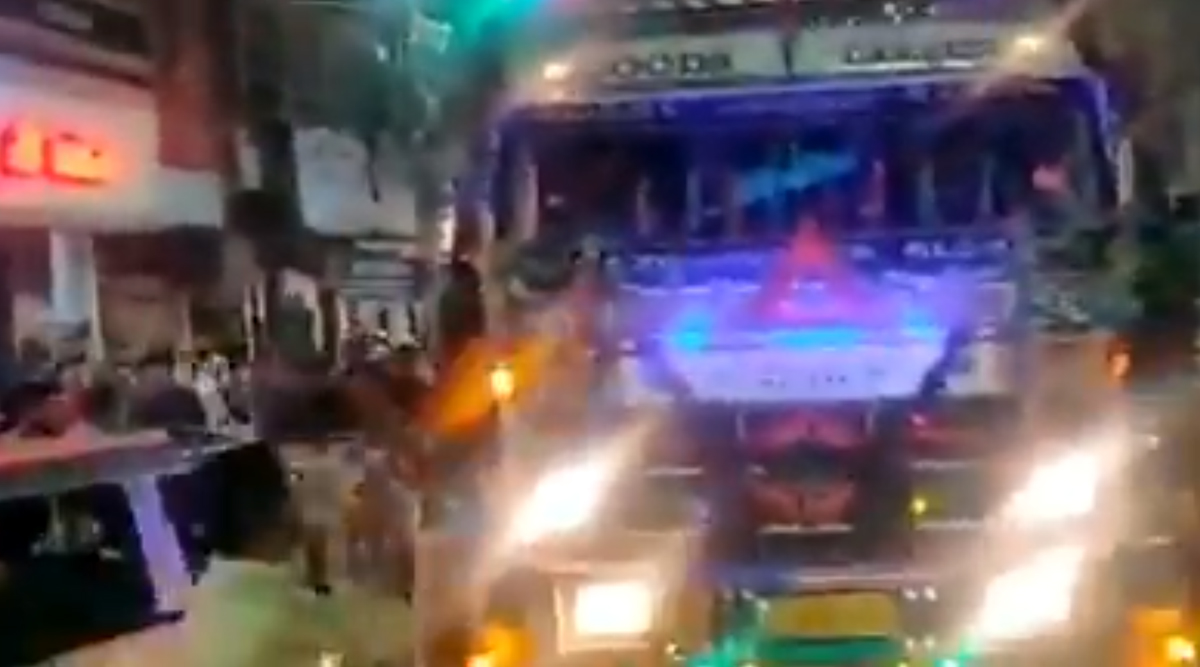 People stop truck to listen to the tunes of its horn (Photo Credits: @Madan_Chikna Twitter)

Do you like the song 'Main Jat Yamla Pagla Deewana' from the movie 1975 film Pratigya? Of course, everyone does, right? The remix versions are also popular. But it seems, some people of Bhopal in Madhya Pradesh love the song the most. They are so much in love with the song that they stopped a truck passing on the road because tunes of its horns are that of 'Main Jat Yamla Pagla Deewana'. Yes, crazy right? They held the truck for so long that they caused road traffic. JCB Ka Jugaad: This Funny Viral Video of JCB Excavator Being Used for a TOTALLY Different Reason Will Make You Say 'Waah'!

A Twitter user shared the video with the caption, "Crazy people stopped this truck just to listen the horn.(sic)" In the clip, the crowd can be heard cheering saying, "Ek baar aur, ek baar aur (once more, once more)." And as the driver plays the horn, they begin singing along and dancing. We believe this video is entering the list of 'Things only found in India'. The tweet has received over 6,200 likes other than 2,100 retweets and more than 79,100 views on social media.

People Stop Truck to Hear to Its Horn in Bhopal:

As the video went viral, varying comments began to flood social media platforms. One of the comment reads, Tough competition to Netflix for providing entertainment." Another says, "People in 1998 : there will be flying car in 2020. Also people in 2020 : ek baar aur..." A Twitter user wrote, "And so many of them getting entertained with one subscription." Someone posted, "Punjab me 3600 truck mil jayenge aise."