Pics of Colorful Dogs from Russian Streets Go Viral, Days After Blue-Furred Stray Puppies Were Spotted! Here's Why the Canine Have Coloured Fur

Remember the coloured dogs that were spotted in Russia's Dzerzhinsk? Well, the blue-furred canines went viral and how. But now more colourful dogs have been spotted on Russia’s streets and their pics and videos are going viral on Russian social media. 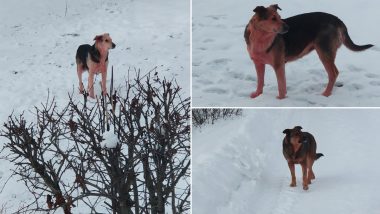 Remember the coloured dogs that were spotted in Russia's Dzerzhinsk? Well, the blue-furred canines went viral and how. But now more colourful dogs have been spotted on Russia’s streets and their pics and videos are going viral on Russian social media. A pack of dogs with green-shaded fur was seen roaming the streets of the city of Podolsk some 40 kilometres south of Moscow. The Podolsk dogs are believed to have gotten their unusual green stains after sleeping in an abandoned warehouse where packs of green paint are stored, the region’s Agriculture Minister Sergei Voskresenskiy explained to the state-run RIA Novosti news agency. Ugly 'Pup'ling! Rare Albino Seal Pup Spotted in Russia Might Get Rejected by Its Community But Internet is All Love! (Watch Pic and Video).

“All the dogs have [pet ID] tags and are not aggressive but, on the contrary, are extremely friendly,” said Voskresenskiy. Meanwhile, the blue dogs of Dzerzhinsk have been replaced by a pack of pink-coloured strays who are also believed to have been exposed to chemicals that dyed their fur, this time at a local explosives production facility. Though some animal rights watchdogs maintain that the cartoonish-looking dogs face no major health risks from these chemicals, others continue to sound the alarm over the incident. 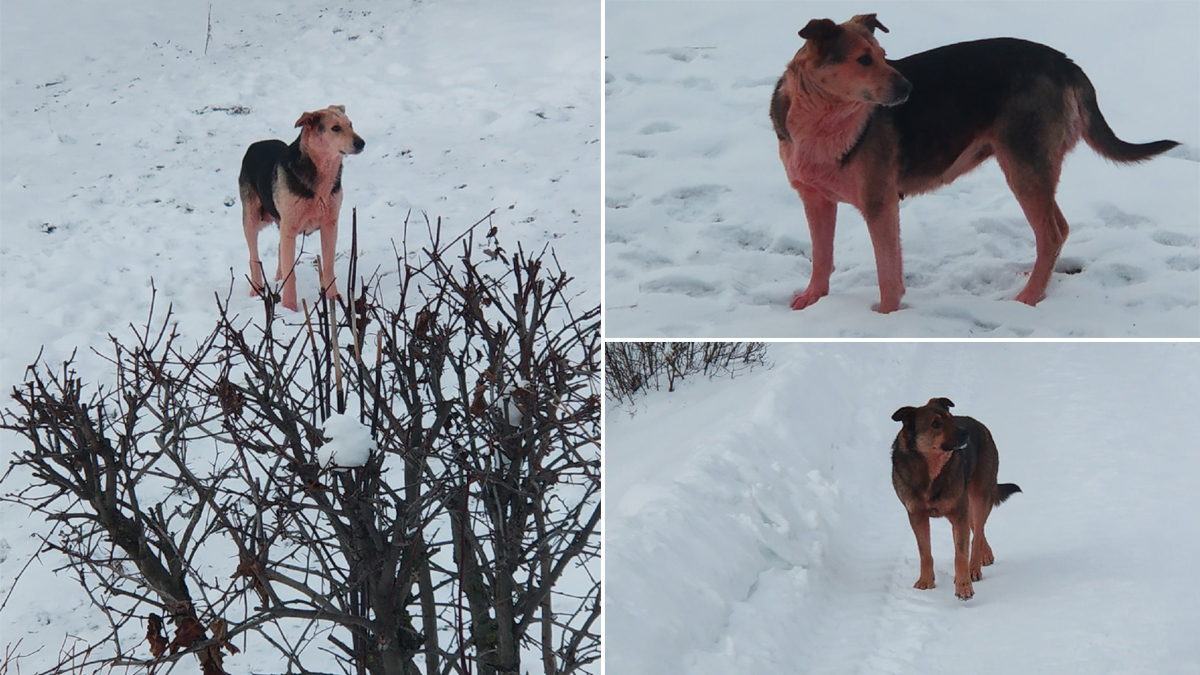 “Any colouring is bad [for animals], starting from the fact that chemicals can have a detrimental effect on the skin and mucosa,” head of the Russian Union of Kynological Organizations Vladimir Urazhevsky told the independent Dozhd broadcaster. Urazhevsky noted that prolonged exposure to chemicals could also impact a dog’s sense of smell, which could lead to disorientation and even death. Russian lawmakers have submitted an inquiry on the blue dogs in Dzerzhinsk and the green dogs in Podolsk to the environmental prosecutor’s office, the head of the Russian State Duma’s Ecology and Environment Protection Committee Vladimir Burmatov said earlier this month.

(The above story first appeared on LatestLY on Feb 25, 2021 01:26 PM IST. For more news and updates on politics, world, sports, entertainment and lifestyle, log on to our website latestly.com).