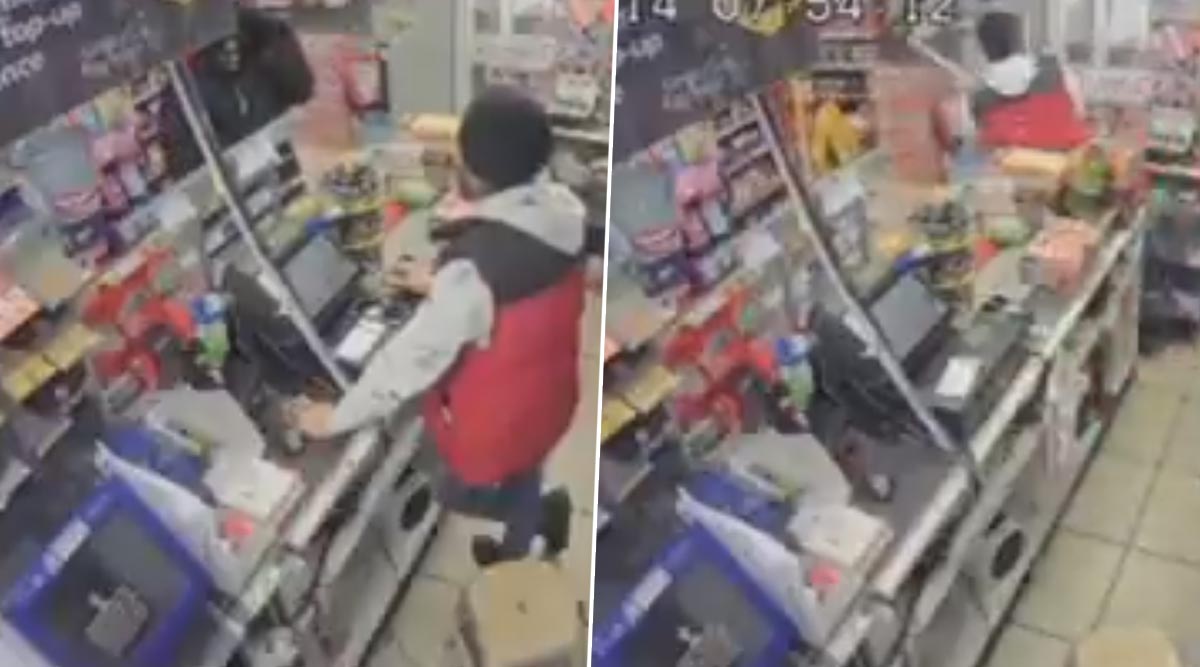 Videos of robbers looting shops keeping owners at gunpoint have gone viral on social media platforms in the past. But here is a slightly different one. A shopkeeper in the United Kingdom has earned the tag 'Pakka Punjabi' for driving away from a man who tried to steal his shop. The video shows the 21-year-old shopkeeper, Damanpreet Singh Arora calmly asking the robber who had his face covered, if he wanted anything. He then proceeds to take a baseball bat and chases him away shouting curses in Punjabi. As it went viral, social media users couldn't stop laughing. 7 Robbery Attempts Gone Wrong That Give Thieves Everywhere a Bad Name (Watch Videos)

The video shows the Damapreet scrolling through his phone when the robber enters. On seeing a person entering his shop, he stands up but is taken aback on realising it is a robber. The thief then removes a knife out of his bag and demands money. The robber says, "Give me all the money you've got. Get a bag, open that, and pass me the money." Damanpreet remains quiet for some time and then asks, "Anything else?" Man Hides From Police in Attic, Funny Viral Video From Rochdale Shows Him Falling In Front of the Cops After the Ceiling Breaks.

Shopkeeper Chases Robber With a Bat While Shouting Curses in Punjabi:

My cousins get mugged and he’s the calmest guy in the world 🤣🤣just listen to him #teripehndi pic.twitter.com/Fua1mLTMcP

The incident which was captured on the CCTV camera of the shop was shared on Twitter by Damanpreet Singh Arora's cousin, Harmit Arora. She shared it saying, "My cousin gets mugged and he's the calmest guy in the world. Just listen to him." Damanpreet's reaction has earned quite a few praises on social media. People commended his presence of mind coupled with sarcasm and humour.