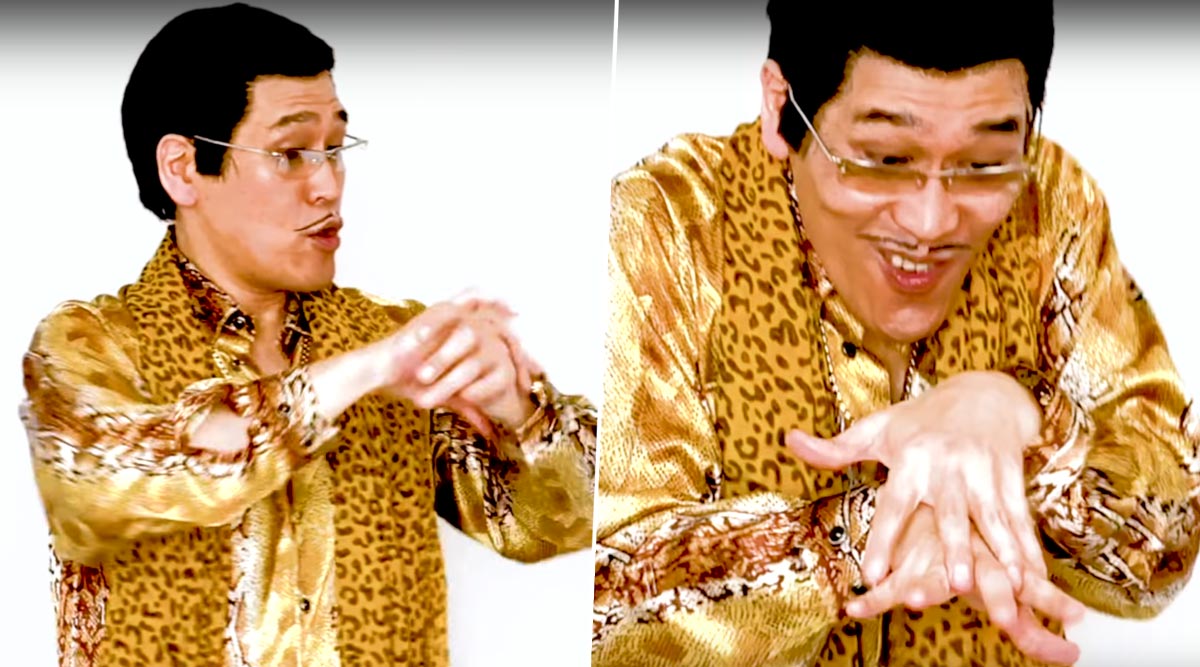 One of the marvels on the internet that went viral a few years ago is the Pen-Pineapple-Apple-Pen song. It made no real sense, but then everything on the internet doesn't have to! The PPAP as it was popularised was made by Japanese artist Pikotaro and now the artist is back with another song, the handwashing song, in time of the Coronavirus pandemic. There have been several songs about handwashing which have been made in the recent time to spread awareness about the COVID 19 flu. Now Pikotaro has joined along asking people, to "wash wash wash wash wash hands." Those, are the lyrics, we did not make them up. Baby Shark Gets a Handwashing Song Version in Time of Coronavirus Pandemic! Now Wash Your Hands Doo Doo Doo... (Watch Video).

Pikotaro released the video recently and it starts with the reference to his famous PPAP song. A 1 minute 40-second clip shows him rubbing his hands constantly as the lyrics go, "I have a Hand, I have soap, wash wash wash wash wash..." the song goes on in the same tone. In the end, he shows off his clean hands and says, "Pray for People And Peace," once again reiterating his PPAP message! Even in this song, he is dressed in the same golden flashy outfit with a leopard print scarf.

Given that the Pen-Pineapple-Apple-Pen went so viral, we are not surprised even this handwashing song has over 4 million views! We wonder if this one will break records too. For those who don't know, Pikotaro grabbed a Guinness World Record in 2016 for his "Pen-Pineapple-Apple-Pen" to be the shortest song to break into the Billboard Hot 100. Now that handwashing has become of prime importance in the time of this pandemic, PPAP's song also joins in the numerous other awareness songs.