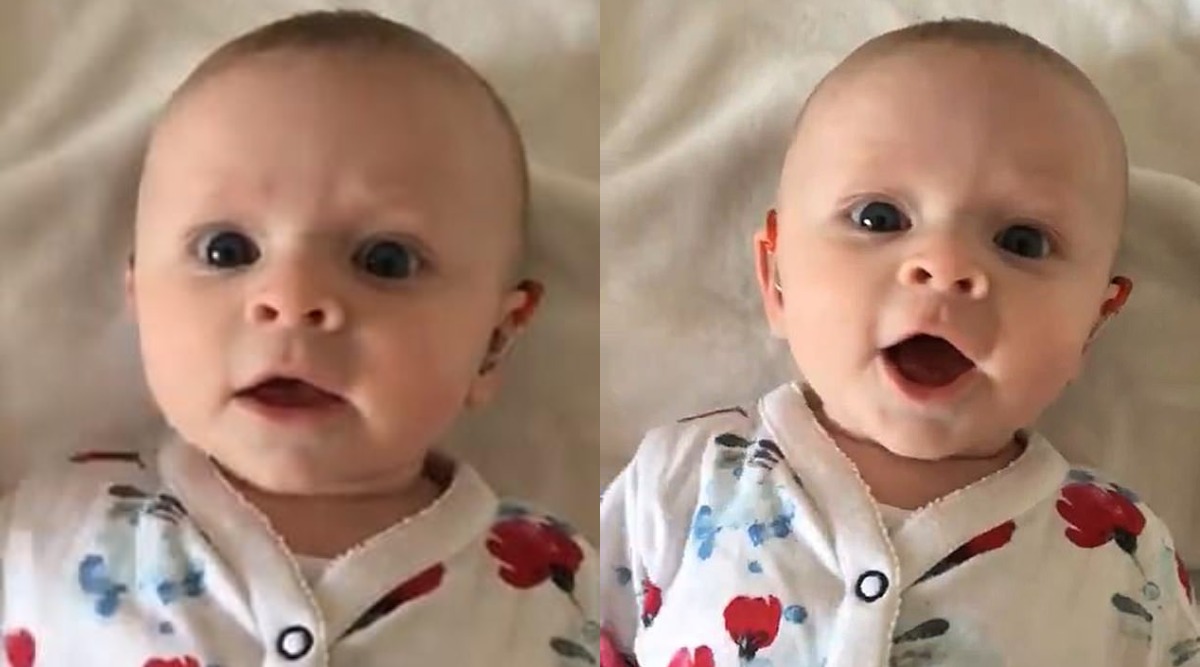 Video of a dead baby girl's reaction on hearing has gone viral on social media platforms. The clip shows Georgina Addison giggling after her parents turn on the hearing aid. Her surprised expression and reaction that follows using hearing aids left people social media teary-eyed. Paul Addison from Harrogate shared the video of her four-month-old baby daughter on Twitter with the caption, "When our daughter's new hearing aids are turned on in the morning." This Adorable Video of Baby Girl With Down Syndrome Smiling Will Tug at Your Heartstrings! (Watch Video)

Talking about his daughter, Addison said, "It's absolutely phenomenal. You use these hearing aids and it's like the lights have been switched on. As a consequence, she is immediately more alert, happy, and can hear her mum's voice, which is absolutely delightful."  In the video, Georgina's mother can be heard saying, "OK, so we just turned your hearing on. Shall we say hello to everybody? Shall we say hello?" Responding to the baby's squeaking, the mother replies, "That's a very loud hello."

Addison described his daughter's reaction as 'chirpy and cherry' and said that the moment left him emotional as he cannot hear with his left ear. Georgina was diagnosed as severely deaf in September and now wears a hearing aid in each to amplify the sounds around her. The beautiful video has received over 6,59,600 views than 45,000 likes and 5,700 retweets. Soon, supportive comments started pouring in. One of the comments read, "This is so cute so you get to have this cute reaction every morning?! My heart." Another comment reads, "When we're surrounded by bad things happening in the world it’s nice to be reminded of the joy that can also be brought by human beings. Amazing video."