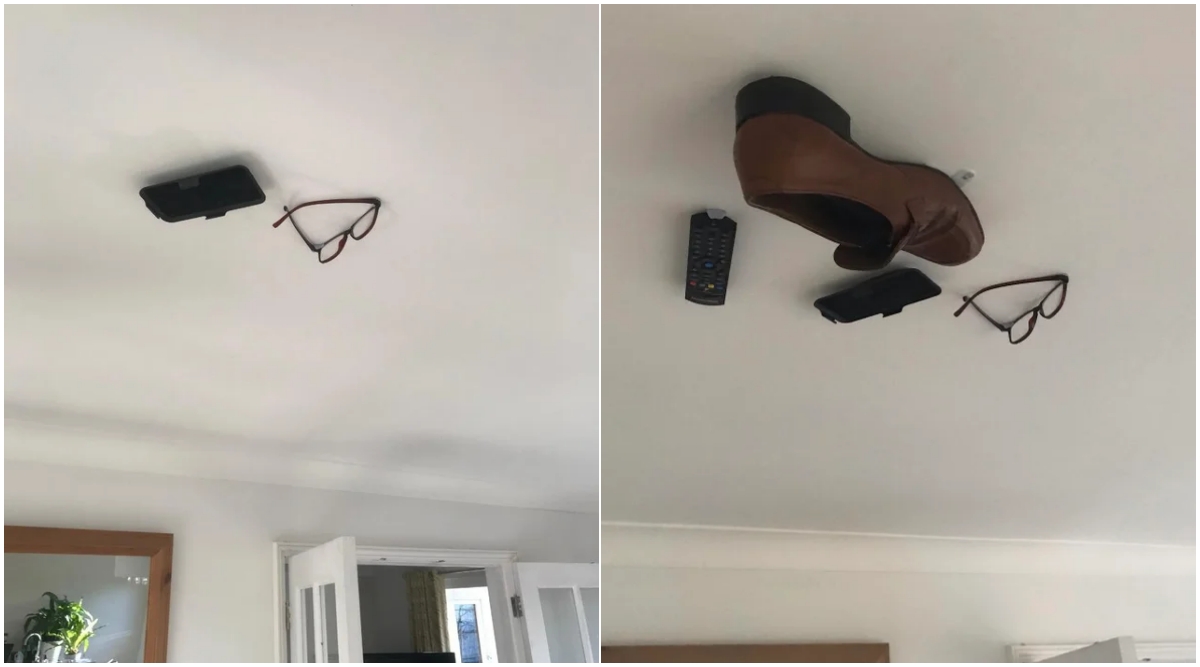 Father's get so irritated when they do not find their regular things like their glasses, phone, etc. But a son decided to have some fun with his father and decided to stick them on the house ceiling! The son posted the pictures on Reddit and people are of course amused with his technique of messing around. He posted the pictures day by day and it went on for 4 days until he had to take them off. The things included glasses, phone cover, glasses and shoes! Grandfather Pulls Off a Funny Prank at His Funeral Leaving His Mourners Laughing Out Loud (Watch Video).

Reddit user SeamanTheSailor first posted a picture of glasses stuck on the ceiling. He mentioned that its a prank on his father and continued adding things to it. His prank had people hooked who stayed interested in what object made it on the ceiling next. It got hilarious with people giving funny reactions to his photos.

Check Son's Post of Sticking Dad's Belongings on The Ceiling:

With the first object being glasses, a lot of people commented that his father would need glasses to even see what is stuck on the ceiling. While it confused others who wondered, why was their ceiling upside down?

Here's The Next Picture With His Dad's Phone Cover:

He went on to add shoes and a TV remote to the ceiling on the following days. Well, it was then that his dad realised and he had to take it all off.

Here's a Picture of All the Things He Stuck on Ceiling:

People were left laughing at this fun and many of them wanted to know how his dad finally reacted to all of this. The user shared that they laughed and had a beer later, and he also made him read all the comments on the post. Well, that's quite a different way of pranking someone.