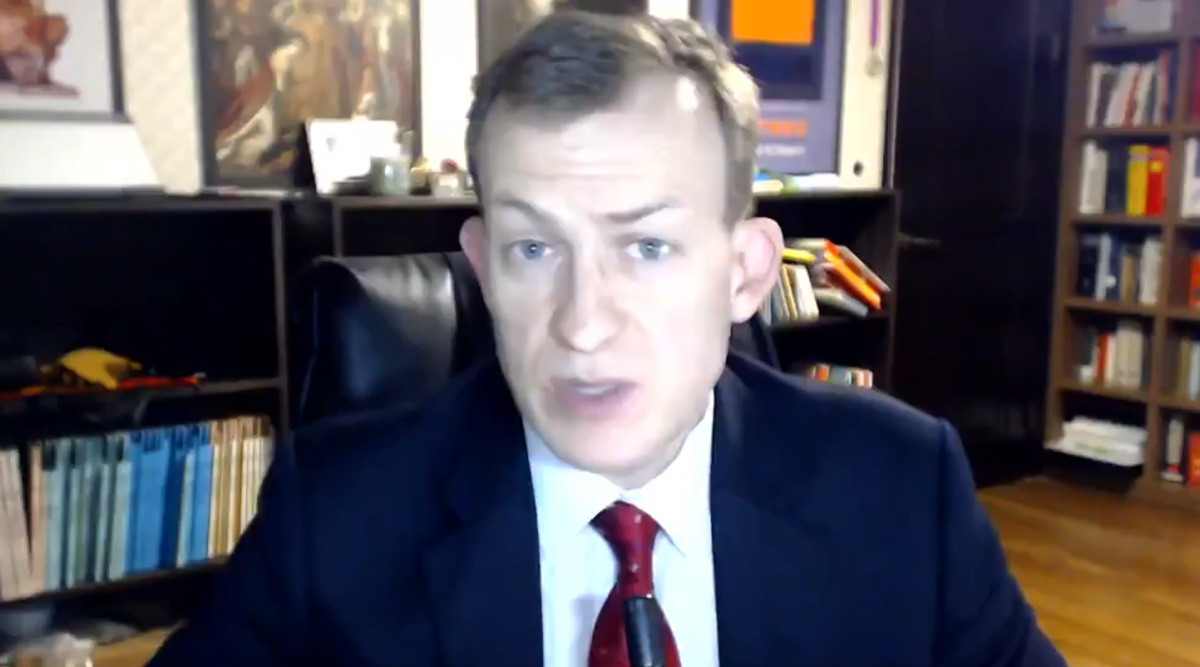 Remember BBC Dad? Yes, we are talking about Professor Robert Kelly, whose interview with the BBC went hilariously viral, back in 2017. Thanks to his lovely kids which netizens called as one of the best video-bombs ever! Ever since then Kelly dubbed as ‘BBC Dad’ and his interview became one of the most memorable interviews, not just that year but for years to come. Now, two years later, Sky News posted an interview with Professor Kelly about South Korea and the Coronavirus outbreak, but all internet could ponder was “where are the kids!” Tweeple seem to miss the children of beloved ‘BBC Dad’ Kelly as his recent interview went viral on social media. TV Weatherman Becomes Victim to Snowball Attack While Reporting Live in Iraq.

For those who are living under the rock or cannot really recall the viral sensation BBC Dad, here is a brief. In 2017, Professor Robert Kelly was interviewed by BBC World News to discuss the impeachment of then South Korea’s President Park Geun-Hye. Kelly would always lock the door of his study whenever the interviews were live. But that year, he forgot. And it gave the viewers the most memorable experience. During his interview, his elder daughter first came inside the room, followed by a toddler son, totally unaware that their dad was live on a global platform. Kelly’s wife frantically grabs the kids and rushes out of the room. Ever since then, Professor Kelly was gloriously dubbed as the ‘BBC Dad.’ Pig Follows Journalist Live Reporting on Floods in Greece And Bites Him.

Now, Sky News posted an interview with Professor Kelly about South Korea and the coronavirus outbreak. Donning the same red tie, black blazer and white shirt, he was even wearing back in 2017; Professor Kelly was discussing the serious threat. However, all the netizens were waiting for the kids to video-bomb.

"A lot of people are going to change their behaviour."

Where Are the Kids?

Just thinking the same. I'd love it to happen again, an absolute classic.

His kid on the other side of the door pic.twitter.com/kg4bXbKy1T

Hands up who is watching that door?🙋‍♂️

I can't keep my eyes off this spot pic.twitter.com/awImuNjPZg

Where are the kids? As serious as the interview definitely was, viewers hoping that kids would pop up from behind, as Professor Kelly went live on the same setting. It seems like he has figured out how to properly lock the children out during interviews. But viewers are disappointed! Locking out the kids surely makes the interview smoother, but arguably less entertaining.