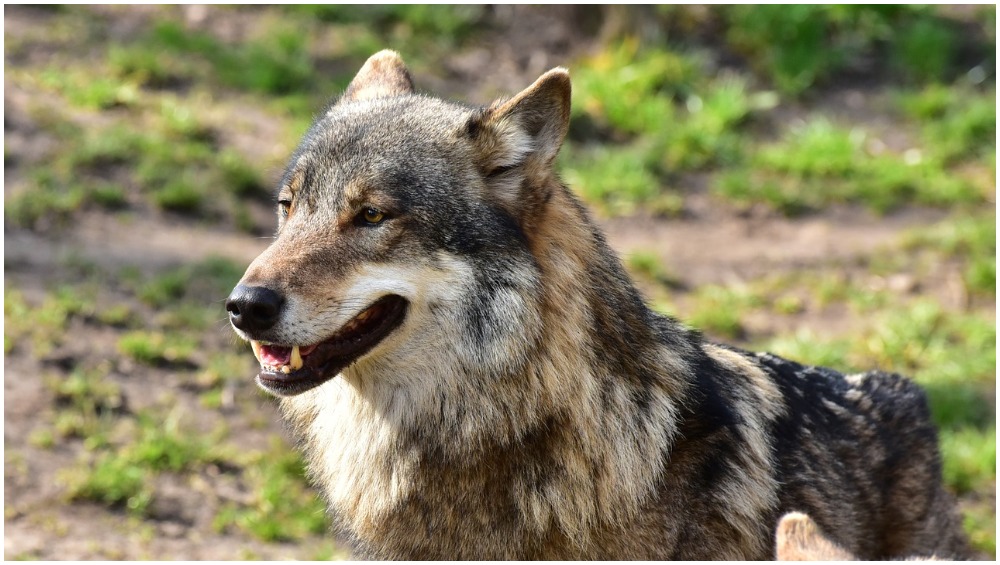 Brussels, December 25: A wolf is believed to have snatched a domesticated kangaroo in Belgium and wounded another in an overnight attack, a wolf expert told AFP on Wednesday. The missing marsupial is "probably dead", eaten "as a Christmas meal" by the unidentified wild canine, the expert, Jan Loos, said, confirming information he had given to local media.

The other kangaroo was bitten on the ear but survived and was in otherwise "good health," he said. He said the kangaroos were kept by private owners in their garden in Balen, in northeast Belgium. Loos declined to identify them, saying he had promised not to do so. Exhausted Kangaroo Cools Down in Backyard Pool As Australia Experiences Scorching Heat Waves (Watch Video).

Officers in the local police station in Balen, contacted by AFP, said they were aware of the media reports but had no further information on the alleged attack. Loos, the director of a Belgian wolf and wildlife centre called Landschap, said he was called to the property by the owners.

"I found wolf prints, so it's quite sure it's a wolf, but we're not 100 percent sure which wolf," he said. He suspected it was a wolf named August that has been spotted slipping back and forth over the nearby German border since mid-2018 and was known to roam in the region. "Normally a wolf eats deer and wild boar and sometimes sheep because they're very easy" to catch, he said.

The missing kangaroo, he said, was not very big, which would have made it easy to carry off. No remains have been found, he added. Kangaroos are native to Australia and not normally seen in Europe outside of zoos. However, a colony of dozens of wallabies, which are similar to but smaller than kangaroos, have been living in suburbs west of the French capital Paris for decades, since they escaped from a reserve.