Resul Pookutty, Oscar-winning sound designer, has called Jr NTR and Ram Charan’s magnum opus RRR a ‘gay love story’ on social media. Not just that, he even labelled Alia Bhatt as a ‘prop’ in SS Rajamouli’s directorial. This was his response to actor-writer Munish Bharadwaj who called RRR ‘garbage’ in a tweet. Take a look at the posts below. RRR Re-Releases In US Theatres; Fans Hail Ram Charan, Jr NTR’s Magnum Opus On Twitter. 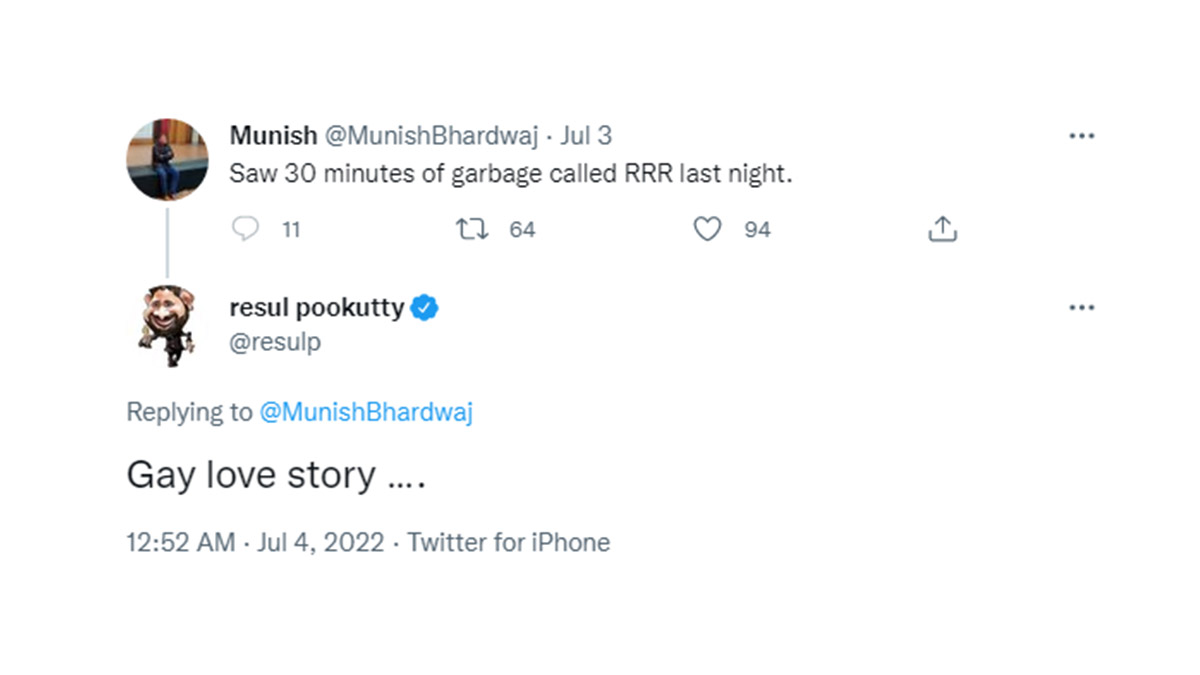 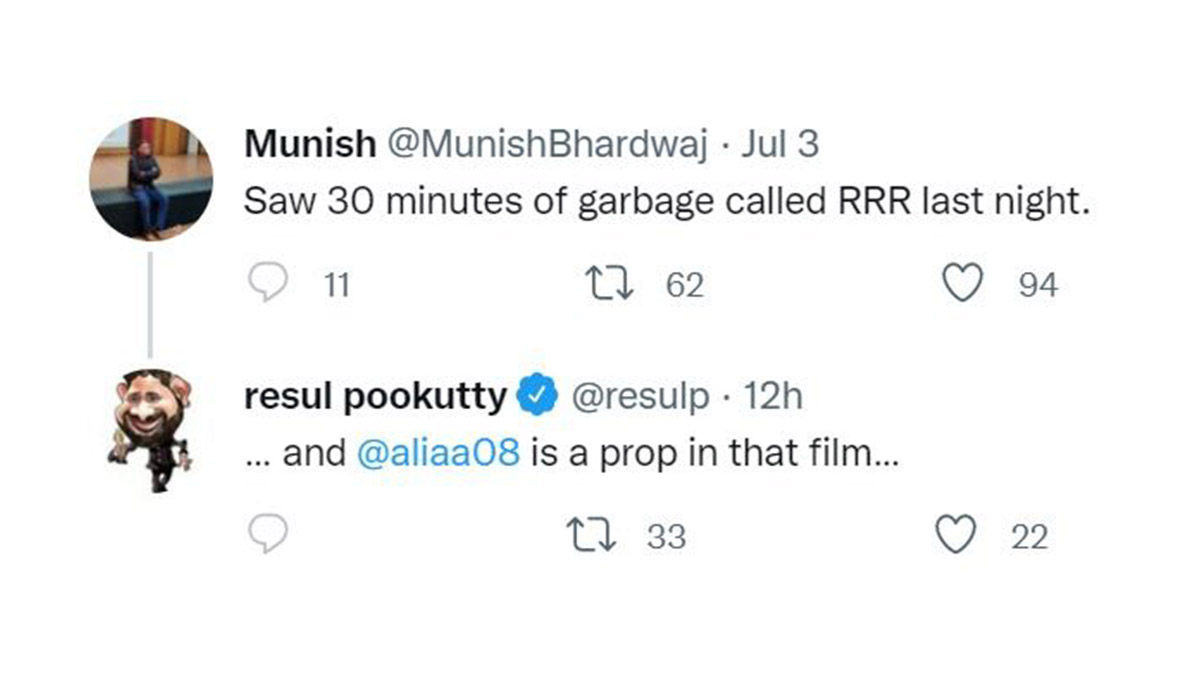