Rosa Bonheur, the legendary animal painter of the nineteenth century is showcased in today's google doodle. Rosa, was born on 16 March 1822 in Bordeaux, France, and her reputation as an animal painter and sculptor grew into the 1840s.

Rosa Bonheur is considered to be the most popular female animal painter of the nineteenth century. Today, the search engine company Google, celebrates the 200th birth anniversary of the legendary animalier with a doodle. The animated illustration shows Rosa sitting and painting a trio of sheep. The French Empress Eugenie awarded Bonheur the Legion of Honour which is one of the nation’s most prestigious awards, in 1865. 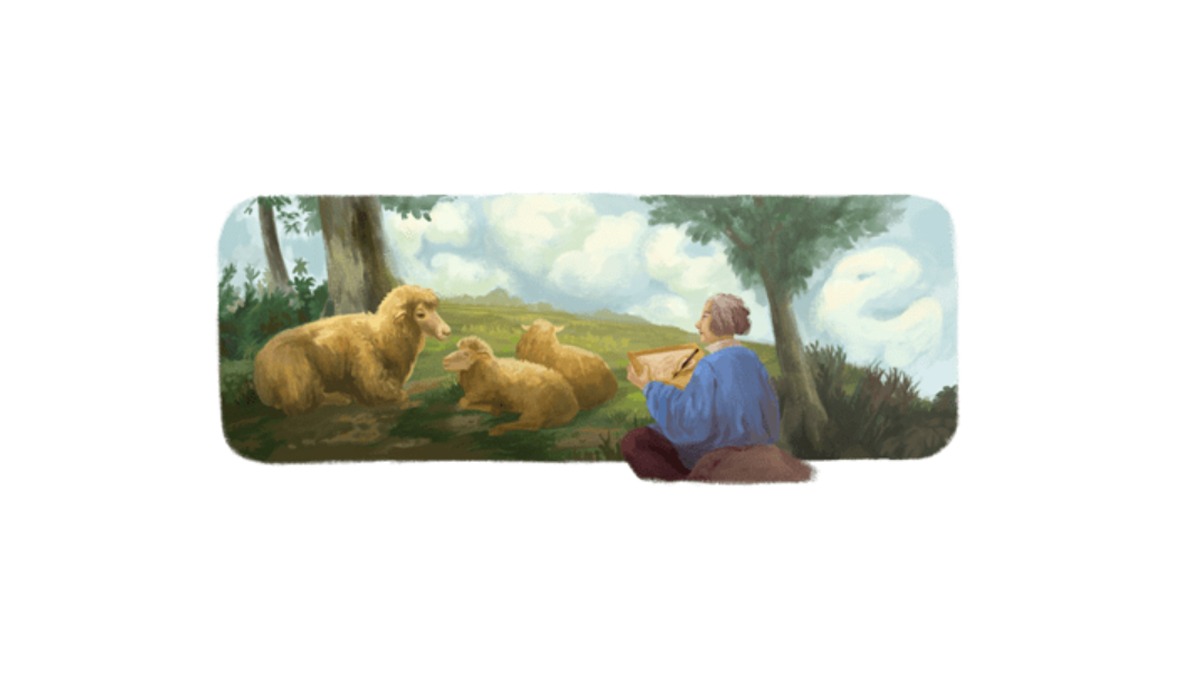