A video of a mom catching a ball with one hand while holding a baby, on the other hand, has gone viral. Even Anushka Sharma has praised the woman.

A video of a woman incredibly grabbing a foul ball with one hand during a baseball match between San Diego Padres and Chicago Cubs game last week is doing rounds on the internet. In the video, a woman identified as Lexy Whitemore can be seen grabbing the ball while holding her three-year-old son Maverick. The video has gained a lot of appreciation from other women. Take a look at the video here:

Even Bollywood actress Anushka Sharma took to her Instagram story to praise the woman. 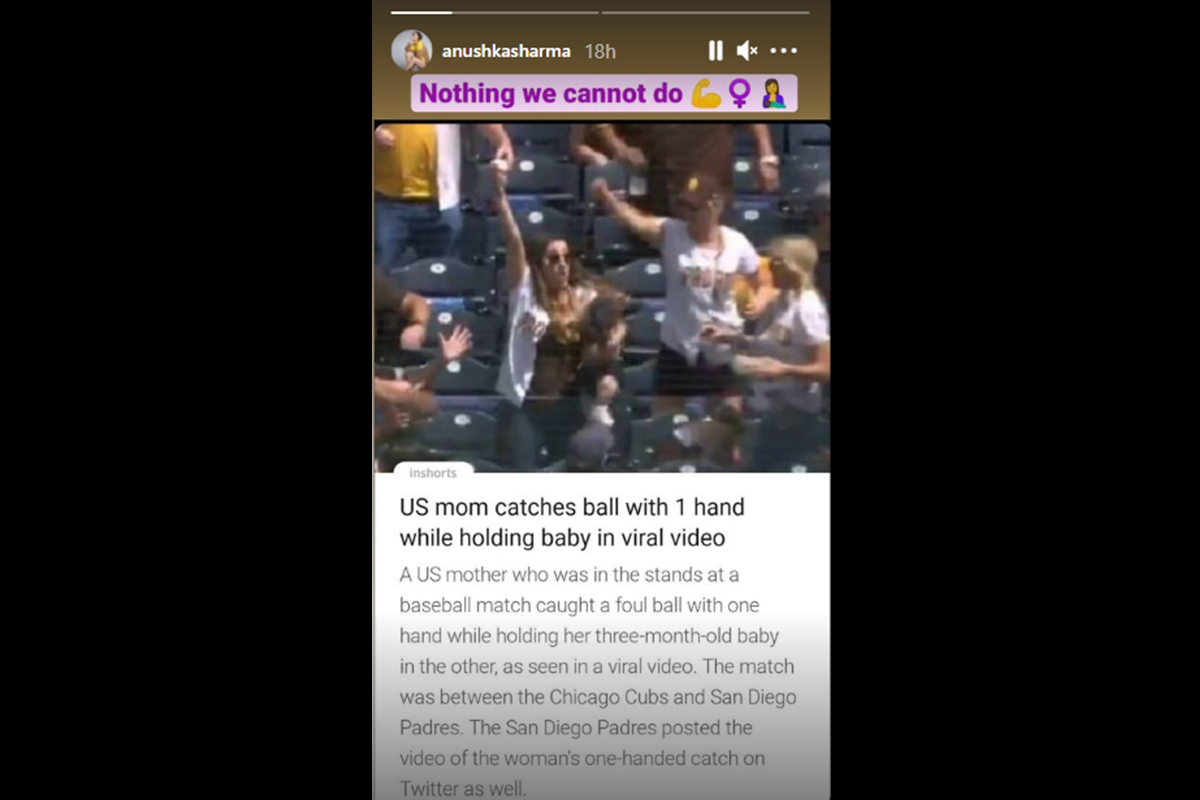