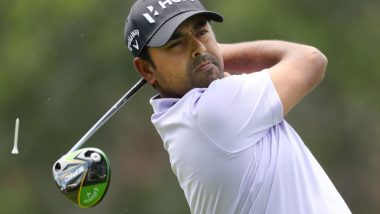 Anirban Lahiri is one of India's top golfers. Lahiri was born on June 29, 1987, in Pune, Maharashtra. Lahiri started playing golf at a very young age thanks to his father Dr. Tushar Lahiri, who was a physician with the Indian Army. In 2015, Lahiri created history by becoming the first Indian to finish inside the top-five of a major golf championship. Lahiri will be celebrating his 33rd birthday on Monday (June 29). As Lahiri turns a year older, we bring to you some of the facts about the golfer. Anirban Lahiri Rebooting His Game During Coronavirus Shutdown.

The 33-year-old was part of the Indian contingent which participated India at the Rio Olympics 2016. He represented the country in men's individual event in golf and along with SSP Chawrasia finished tied 50th and tied 57th respectively.

(The above story first appeared on LatestLY on Jun 29, 2020 08:00 AM IST. For more news and updates on politics, world, sports, entertainment and lifestyle, log on to our website latestly.com).