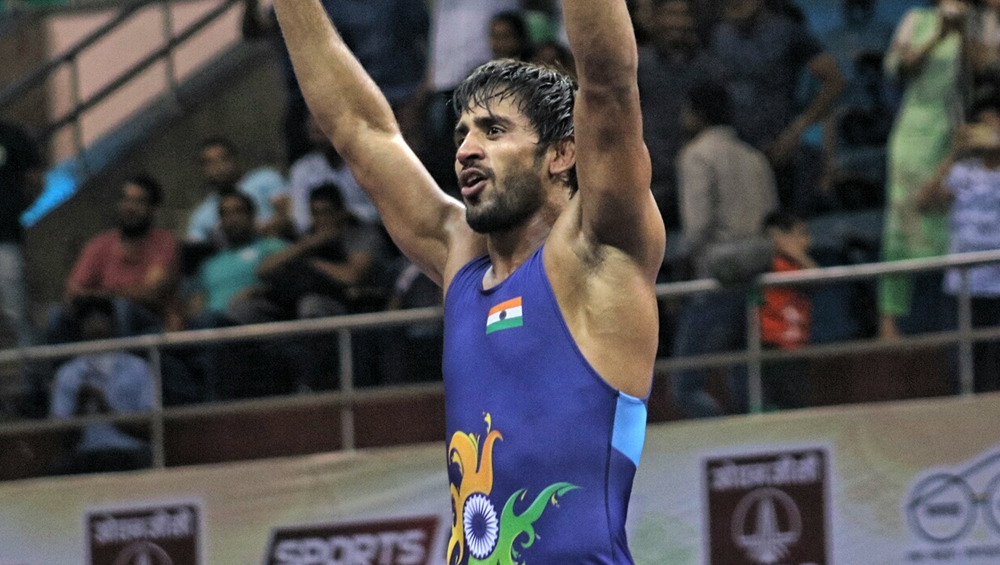 Bajrang Punia, India's top-ranked wrestler, fought back from 0-6 down to beat Tulga Tumur Ochir of Mongolia and clinch a bronze medal in the 65kg category of the 2019 World Wrestling Championships in Kazakhstan. Punia, who was knocked out of the World Championships event in a controversial manner, beat Ochiryn 8-7 to win the bout in the repechage round. He becomes the first Indian wrestler to win three medals at the Wrestling Championships. It was also the 25-year-old Indian grappler’s second bronze at the Worlds and added to his silver from the Budapest edition in 2018.

The World No 1 had already sealed his qualification for the 2020 Olympics in Tokyo before being knocked out of the event from the semi-finals. He bowed out of the 2019 World Wrestling Championships after a controversial defeat to local grappler Daulet Niyazbekov in the final-four stage. Niyazbekov was controversially declared the winner, via a criteria point (four-point move), after the game had initially ended on 9-9. Punia is also the second Indian wrestler after Vinesh Phogat to win a medal at the ongoing wrestling championships.

Earlier, Punia, currently ranked World No.1, entered the semi-finals in the 65-kg weight category after beating North Korean grappler Jong Son 8-1 in the quarter-finals to confirm his seat on the flight which will be heading to Tokyo next year. Before that, he had defeated David Habat of Slovakia 3-0 in the pre-quarterfinals. Punia kicked off his campaign with a 9-2 win over Poland's Krzysztof Bienkowski.

In other results, Sakshi Malik was knocked out of medal contention as she lost 7-10 to Nigeria's Aminat Adeniyi in Women's 62-kg category. Adeniyi lost her pre-quarterfinal bout, thus running Malik out of repechage bout. Divya Kakran will not take part in repechage after Japan's Dosho, against whom she lost, faced defeat in her quarterfinal bout and was ousted.