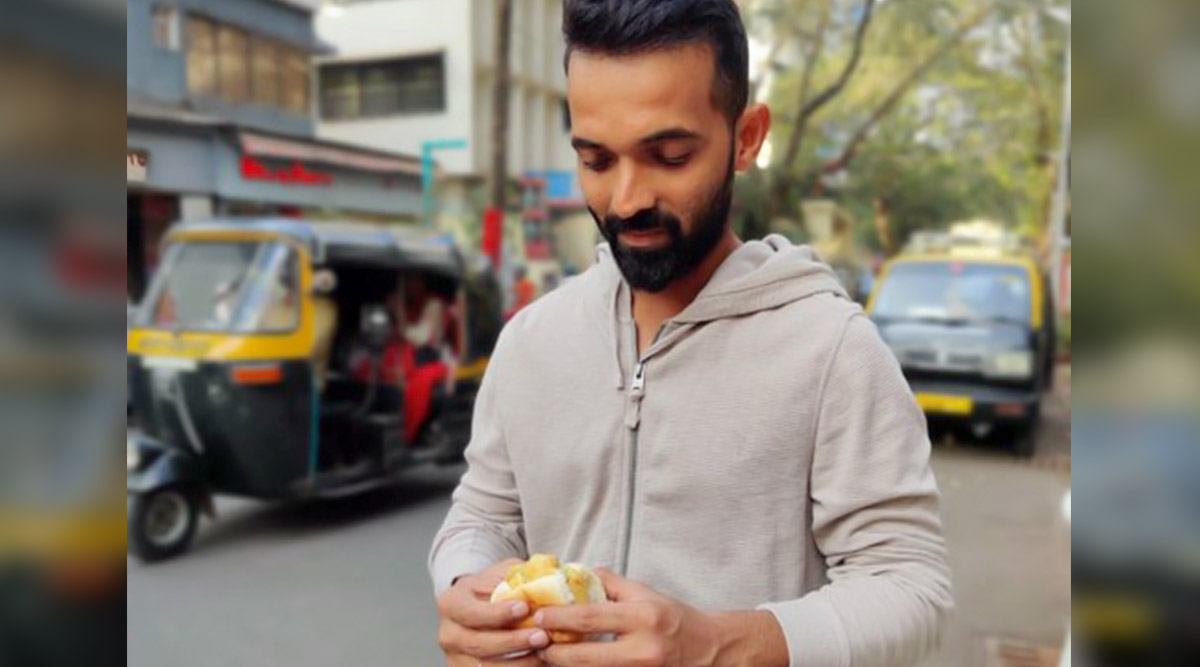 Mumbai, January 10: India Test vice-captain Ajinkya Rahane brought out his foodie side on Friday as he asked his fans on social media about their preference when it comes to eating "vada pav". "How do you like your vada pav? 1. Vada pav with chai, 2. Vada pav with chutney, 3. Just Vada pav," Rahane said in a tweet with a picture of him indulging in one.

On Thursday, the Mumbaikar had shared a photo of his wife Radhika Dhopavkar, Rohit Sharma and his wife Ritika Sajdeh with a caption saying: "2020: Dinners filled with conversations about our daughters & parenting." Ajinkya Rahane Says It Feels Really Special on Scoring Hundred After Dry Patch of 17 Test Matches.

Rahane, who plays only the five-day format, is gearing up ahead of the New Zealand tour. He will take part in the second India 'A' four-day game against New Zealand between February 7 to 10. India will play two Tests against the Kiwis from February 21.