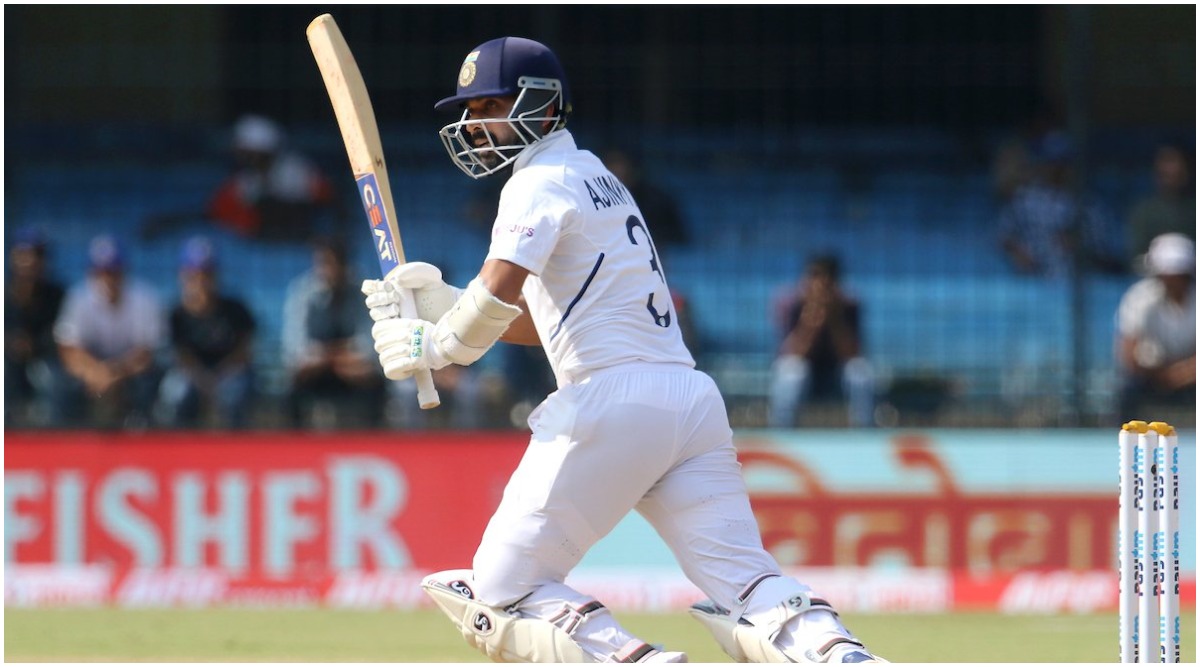 The entire world is under lockdown due to the menace of coronavirus and all of them are spending time with their family and also being a bit more active on social media. Now, Indian’s batsman Ajinkya Rahane is not only spending time at home but is also helping his wife Radhika So this time he was seen cooking coriander rice for his wife. India’s test specialist batsman posted a picture on Instagram and said that he was waiting for the approval from his wife. Radhika not only approved of his culinary skills but also said that he should cook every day. Ajinkya Rahane Shares Newborn Daughter’s Name With Fans, Names Little Princess ‘Aarya’ (See Post).

Earlier Rohit Sharma who is also in quarantine is busy with his father duties. During a live chat with Kevin Pietersen revealed that he was also doing the household chores and was busy cleaning the house. Now, Rahane was cooking and he posted the snap on Instagram. What caught the attention of the netizens was the caption given by the batsman. “Today’s dinner: Coriander Rice Face savouring food Awaiting feedback from Radhika. #HomeCooking,” it read.

Radhika also reviewed his cooking and had a hilarious reply. Check out the post by Rahane and then Radhika's reply below: 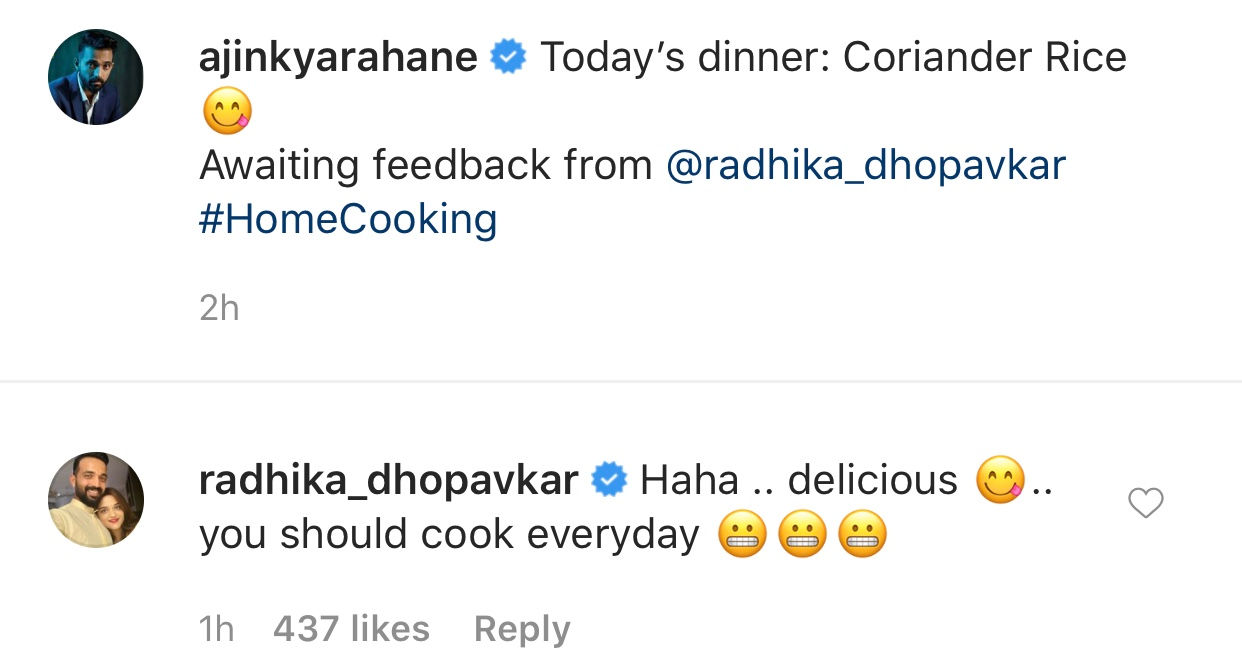 Talking about Rahane, the Indian batsman was supposed to feature in Delhi Capitals for the upcoming season of the IPL 2020. But now with the menace of coronavirus, the mega-event has also been postponed to April 15, 2020, instead of May 29, 2020.