The Board of Control for Cricket in India (BCCI) announced a cash reward of Rs 50 lakh for the Under-19 chief coach Rahul Dravid while the victorious squad members will receive Rs 30 lakh each. 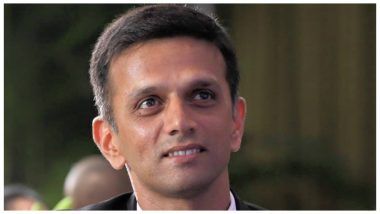 New Delhi, February 3: The Board of Control for Cricket in India (BCCI) announced a cash reward of Rs 50 lakh for the Under-19 chief coach Rahul Dravid while the victorious squad members will receive Rs 30 lakh each. The other members of the support staff including fielding coach Abhya Sharma and bowling coach Paras Mhambrey will be richer by Rs 20 lakh.

Members of the Support Staff, India U19 – INR 20 lakhs each

In a marked departure from the usual norm where the players, who have done it on the field get greater share of the prize money, the Committee of Administrators (COA) led BCCI has decided that the chief coach should get the biggest share. "India is known for its guru shishya parampara and the Guru always gets more. Obviously, the stature of the coach matters a lot," a senior office-bearer, who was a part of the policy decision told PTI.

However, it must be noted that neither Dav Whatmore (2008 India coach) nor Bharath Arun (2012 coach) got more than Virat Kohli or Unmukt Chand-led teams which won the Under-19 Cricket World Cup titles in 2008 and 2012 respectively.

Congratulating the team for beating Australia in the final, BCCI Committee of Administrators (COA) chief Vinod Rai said: "I congratulate the U-19 team who have made the country proud. Head Coach Rahul Dravid played his cricket with sincerity and it was pleasing to see the boys uphold that value."

BCCI acting president CK Khanna said: "The boys have shown tremendous maturity in the manner they dominated the proceedings from the first match. They always looked like champions. My heartiest congratulations to the boys and Rahul, who has been like a pillar for this team." Khanna said that he will recommend that the Under-19 selection committee chaired by Venkatesh Prasad also gets financial reward.