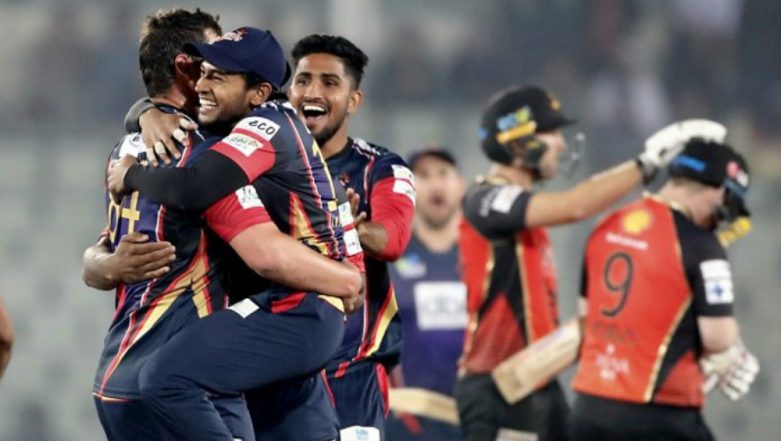 Chittagong Vikings are comfortably placed second on the 2019 BPL points table with five wins from six matches. They have three back to back matches apart for a tie against Khulna Titans, in which they collected two points from Super Over. BPL 2019 Points Table: Updated Team Standings and Match Results of Bangladesh Premier League T20 Season 6

Rajshahi Kings, on the other hand, occupies fifth spot on the team standings and have thus far won four out of seven matches. They come into the match with two back to back compressive wins and will be looking to continue their winning momentum.

The fans in India will be able to watch the live telecast of the T20 match between Chittagong Vikings and Rajshahi Kings on the DSport channel. For the fans in Bangladesh, they will have to tune into Gazi TV or G TV channel to see the live match action on their TV. BPL 2019: Laurie Evans Scores First Century of Bangladesh Premier League Season 6 During Comilla Victorians vs Rajshahi Kings T20 Match

For the fans in India, the live online streaming of the match between Chittagong Vikings and Rajshahi Kings will be available on Dsport channel of JioTV and Airtel TV mobile apps. The DSport channel is available on Yupp TV as well. The fans in Bangladesh can watch the match via online streaming too; for that, they will have to log on to Rabbithole (website, mobile application).