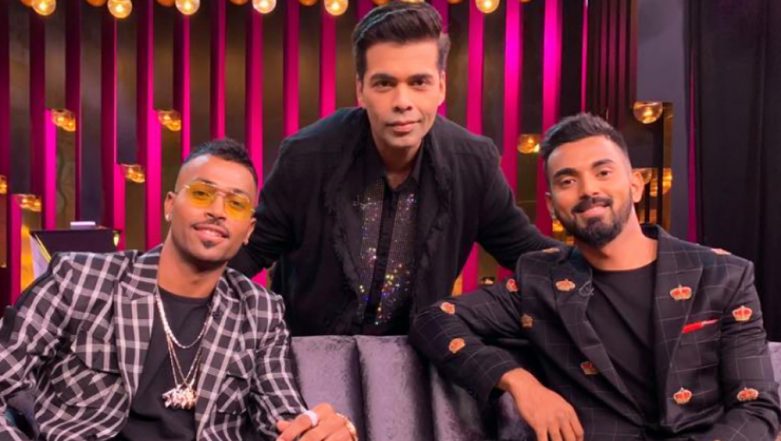 The Koffee With Karan 6 episode which featured Hardik Pandya and KL Rahul is just not forgotten. After the BCCI lifted the ban on the duo, fresh troubles emerge for the duo as a case has been registered in Jodhpur on their name for the misogynist comments passed by KL and Pandya during the talk show which was hosted by Karan Johar. The details of the case are awaited. The comments by the duo had come under the scanner and had received a severe backlash. Hardik Pandya’s Father Comes to His Defence Following Koffee With Karan 6 Controversy.

Both KL Rahul and Hardik Pandya who were in Australia back then had been called back from the tour and they were dropped from the series to New Zealand as well. Vijay Shankar and Shubman Gill were named as their replacements. However, the two issued an unconditional apology and it was only recently that their ban was lifted. Post this, Hardik Pandya returned to the Indian team and KL Rahul joined the India A team.

Many cricketers including Rahul Dravid, Sourav Ganguly and Sanjay Manjrekar had come forward to support the duo during the tough times. In fact, even Karan Johar felt very responsible for what happened with the duo. “I have to say that I feel very responsible because it was my show, it was my platform. I invited them as guests and so the ramifications and repercussion of the show are my responsibility. I have had so many sleepless nights, wondering about how I can undo this damage, who is going to listen to me? It’s now gone into a zone which is beyond my control.”