Happy Birthday Andrew Tye: A Look at Some Splendid T20 Performances The by Australian Pacer 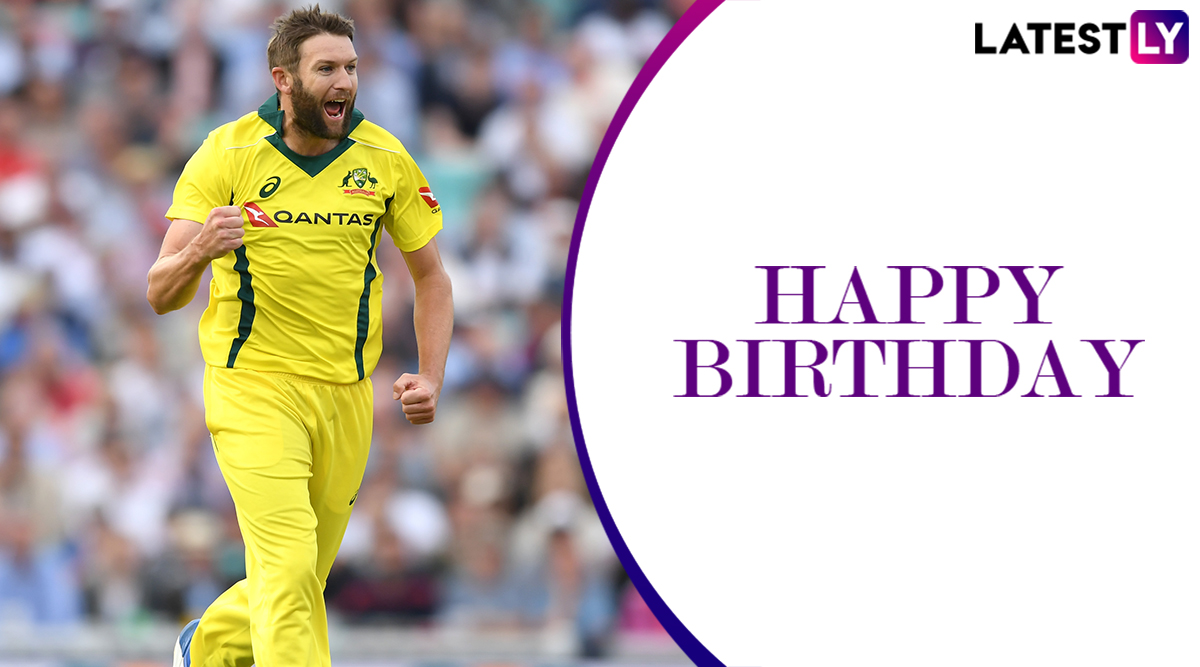 Australian pacer Andrew Tye rings his 33rd birthday on Thursday. Born on December 12, 1986, the pacer has a bucket of variations in his armoury which makes him a force to reckon with in the shortest format of the game. Slower-one, cutters, bouncers or Yorkers, Tye can execute all sort of deliveries well and has proved his mettle T20 leagues all around the world. Indian Premier League, Big Bash League and Natwest T20 blasts are some prominent leagues where the right-arm pacer has showcased his blitz. Along with that, Tye has also bowled some spectacular spells while representing Australia at the highest level. Steve Smith, Pat Cummins Could Lead Australia in Tests After Tim Paine: Adam Gilchrist.

Twenty20 is known to be a format of the game as fans are used to witness big hits and high-scoring encounters. In addition, the modern-day bats have the ability to clear the ropes despite not have being hit properly. So, having a great record for bowlers in certainly not an easy thing. Nevertheless, Tye has shown all the attributes to get the better of batsmen in these conditions too and the bowler isn’t done yet. Talking about Tye’s bowling capabilities, let’s look at his some prominent T20 performances.

5/17 Against Rising Pune Supergiant in Rajkot

Getting a hat-trick on IPL debut must be a dream for many bowlers around the world but the Australian pacer did exactly that in the 2017 edition of the league. Playing for Gujarat Lions, Tye put up a fantastic display of fast-bowling and dried up the Pune’s side run-flow in the death overs. He scalped a hat-trick in the last over and also scalped a five-fer. Courtsey his efforts, the opposition were restricted to 171 runs in the first innings and Lions later won the match by seven wickets.

4/23 Against New Zealand in Sydney

The T20 tri-series among New Zealand, England and Australia was majorly dominated by the batsmen. However, Tye bowled an astounding spell against New Zealand the dented their batting line-up. The pacer dismissed skipper Kane Williamson early in the innings and later wreak havoc in the death overs. His four-wicket haul restricted the Kiwis to 117 runs in the first innings and the hosts chased the target with five wickets in hand.

4/21 Against Sydney Sixers in Sydney

Tye took three T20 hat-tricks in 2017 and one of them came in Big Bash League 2017-18. Playing for the Perth Scorchers, the right-arm pacer bowled a tight and length against Sydney Sixers and didn’t give much chance to opposition to free their arms. He claimed a hat-trick in the penultimate over of the first innings due to which Sixers were restricted to 132 runs. The Perth-side didn’t break a sweat in chasing the target and registered a six-wicket win.

The pacer is currently not around the national side due to the return of bowlers due to an elbow injury. Nevertheless, the 2019-20 edition of the Big Bash League is around the corner and Tye will look to put on some blistering performances in order to make his way back to the Australian team. The ICC World T20 2020 is also less than a year away and the pacer will be eyeing to feature in the mega tournament too.