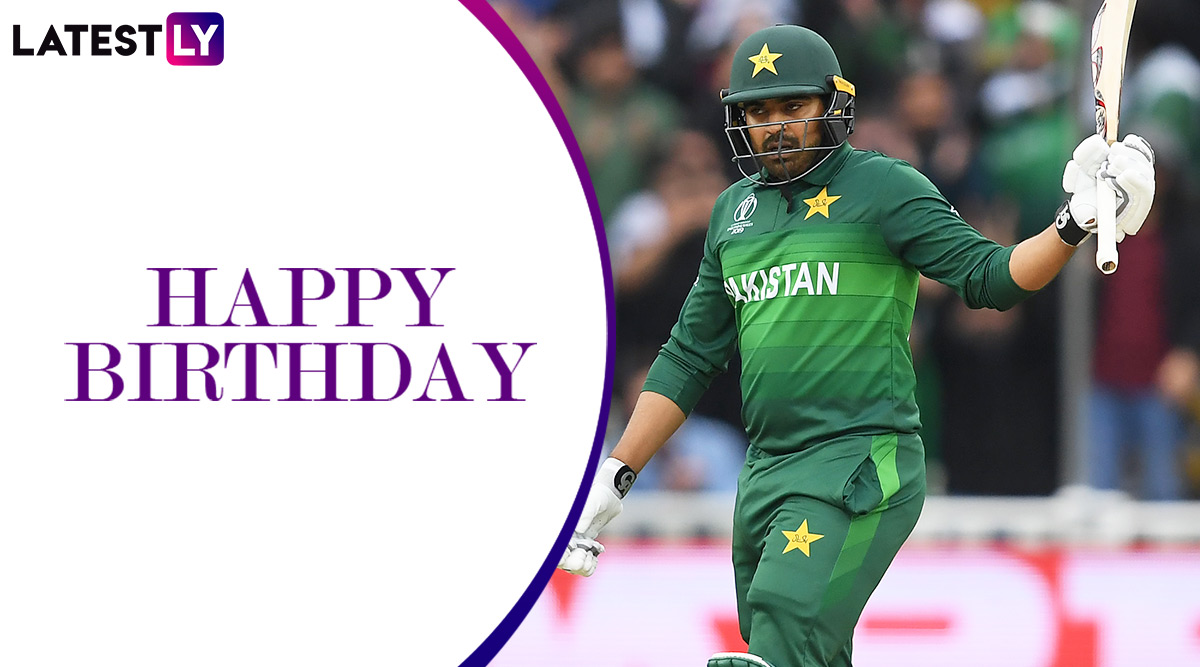 Pakistan’s middle-order batsman Haris Sohail is celebrating his 31st birthday. Haris was born on January 09, 1989 in Sialkot, Punjab. The left-handed batsman has been a vital cog in Pakistan’s batting in the middle of-late. Sohail made his One-Day International (ODI) debut against West Indies in 2013, and on the same tour, he made his T20I debut as well. He was handed his Test cap against Sri Lanka in 2017. Wasim Akram Loses Family Heirloom Watch on Flight, Fans Come Up With Hilarious Suggestions on Twitter.

The left-hander is known for his consistency in ODIs. In 41 matches thus far, Sohail has scored 13 half-centuries and two centuries. He averages 46.11 in ODIs. He is a regular member of Pakistan ODI team but has struggled to cement his place in T20Is and Tests.

Sohail is often used as a part-timer bowler as well. He has 11 ODI wickets against his name and as many in Tests as well. As the left-handed middle-order batsman turns 31, here is a look at some stats from his career.

Sohail was part of Pakistan’s squad for ICC Cricket World Cup 2015 and 2019 as well. In the World Cup, last year, he slammed match-winning 89 off 59 balls against South Africa to help his side win an important fixture.