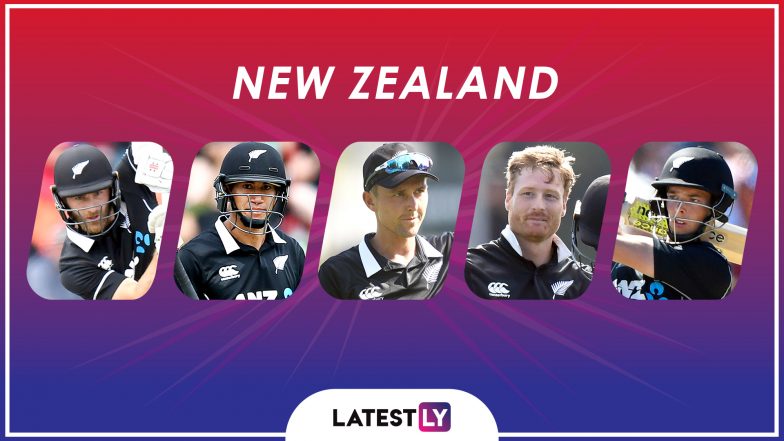 Kiwis players to watch out for in ICC CWC 2019 (Photo Credits: Getty Images)

New Zealand Cricket team are all set for ICC Cricket World Cup (CWC), 2019 which is scheduled to begin from May 30. This will be the 12th edition of CWC which will be held for the 5th time in England and Wales. Ahead of ICC CWC, 2019, let us explore 5 Kiwi players including Kane Williamson, Ross Taylor and others to watch out for in the upcoming World Cup tournament. New Zealand Team for ICC World Cup 2019: Blackcaps Announces Squad, Ish Sodhi Chosen Over Todd Astle, Wicket-Keeper Tom Blundell to Debut.

New Zealand team made it to the final of CWC 2015 where they faced Australia. They had a good chance to win the World Cup 2015 trophy under the leadership of Brendon McCullum, unfortunately, it did not happen. McCullum retired after playing ICC CWC 2015 which was held jointly in Australia and New Zealand.  Apart from their defeat in the final, the Kiwis team won all their matches in ICC CWC 2015. New Zealand players are agile, extremely fit and possess good cricketing sense which they can use as an effective against any team. ICC Cricket World Cup 2019 All Teams Squad: Full Players List of Nations Participating in CWC 19. 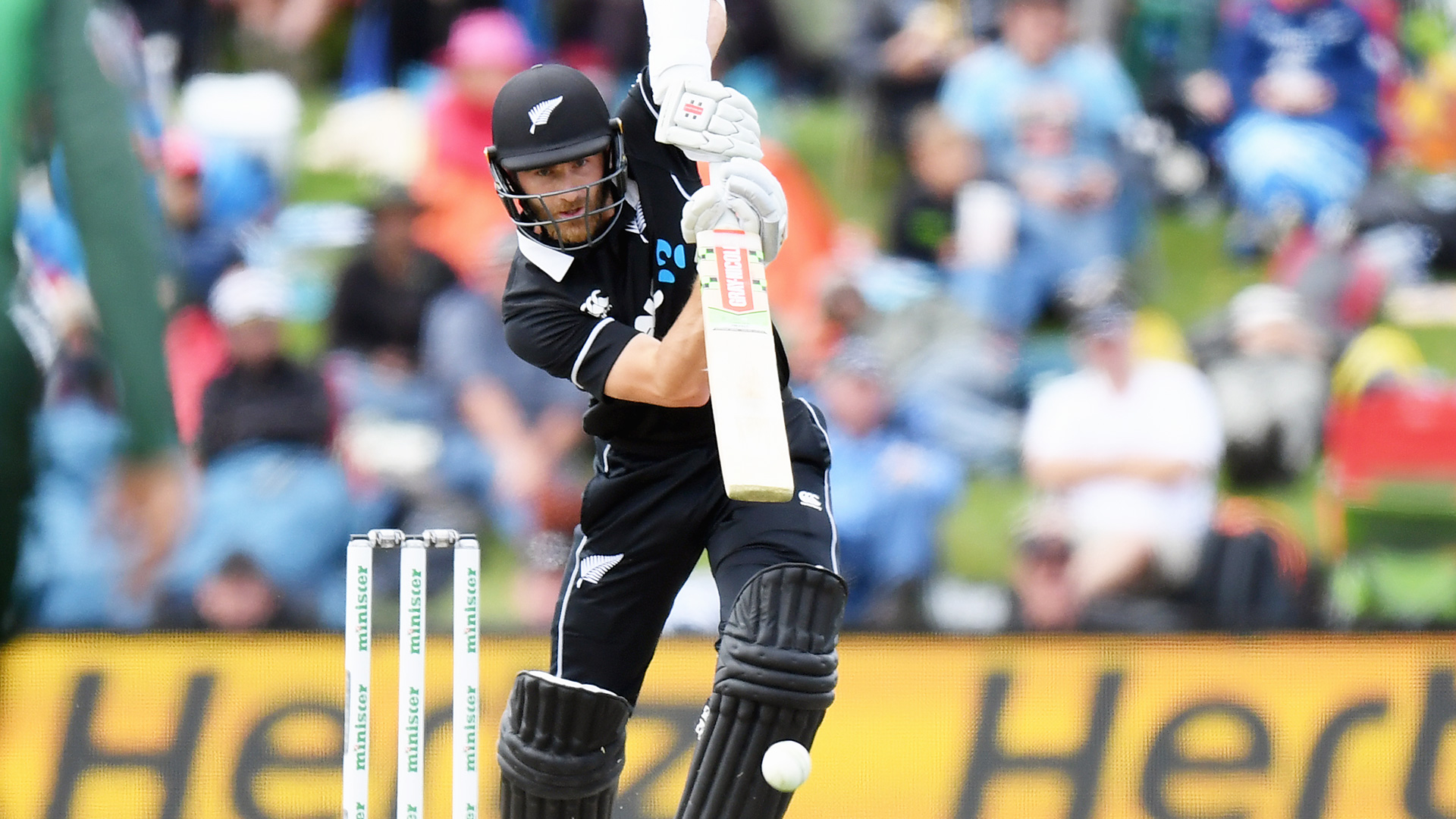 Kane Williamson made his ODI debut against India in the year 2010. Williamson has scored 5554 runs from 139 matches with a decent strike rate of 82.61. Williamson is also the captain of Indian Premier League team Sunrisers Hyderabad. He is a very composed cricketer and knows how to tackle pressure situation. The New Zealand skipper Williamson will play a crucial role in New Zealand performance in the upcoming CWC 2019. ICC Cricket World Cup 2019 Schedule in PDF: Ticket Prices, Dates, Venue Details & Timetable Available for Download Online. 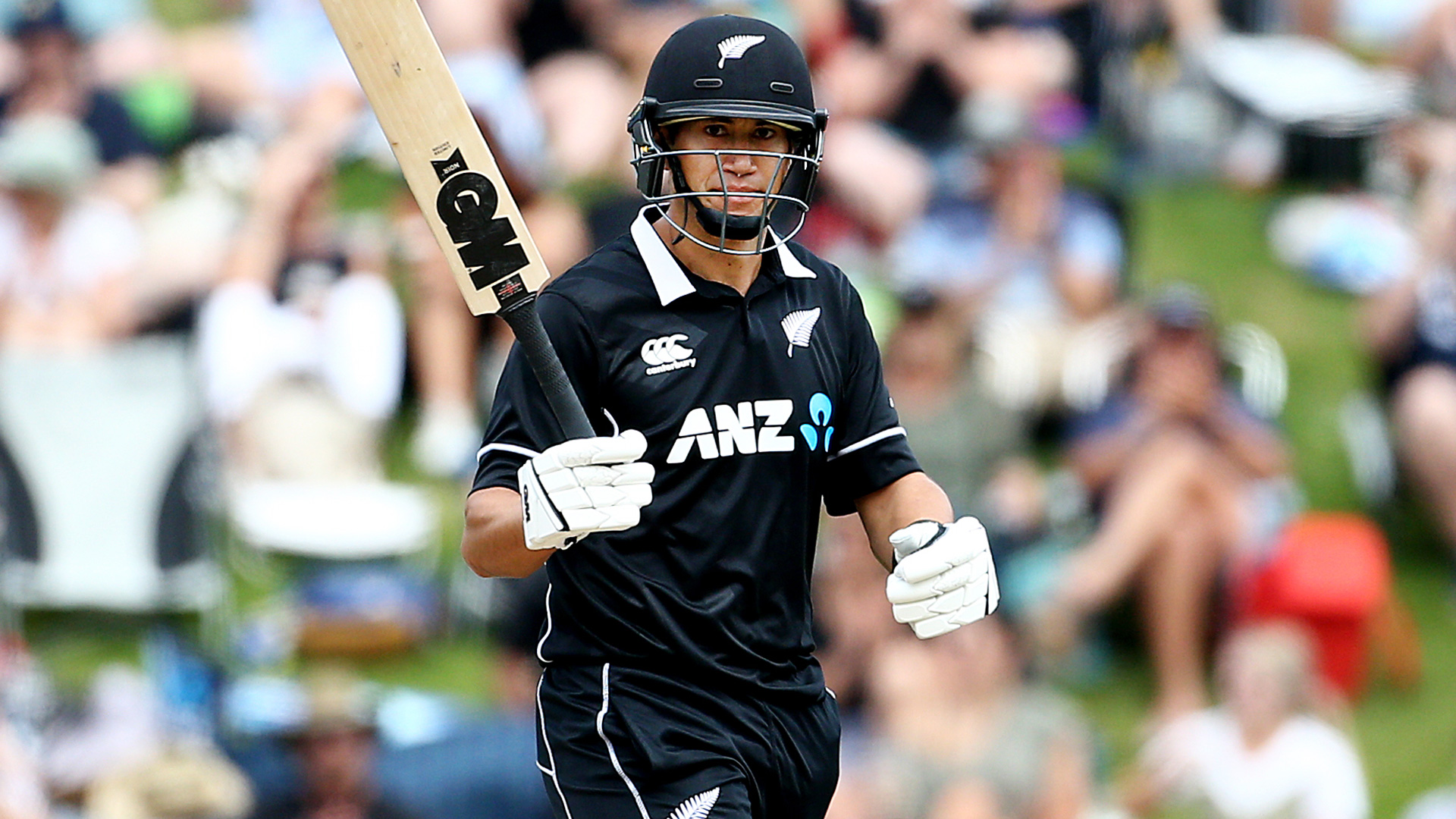 This Kiwi player will be playing his fourth World Cup tournament. The 35 years old right-handed batsman made his ODI debut against West Indies in the year 2006. His quick run making skills are unmatched and Kiwis will expect him to score some quick firing knocks. Taylor has made 8026 runs from 218 matches with an average of 48.34. His presence in CWC 2019 will indeed strengthen up New Zealand team middle-order. In a recent press conference, Ross Taylor said that he wants Kiwis side to be prepared for all conditions. 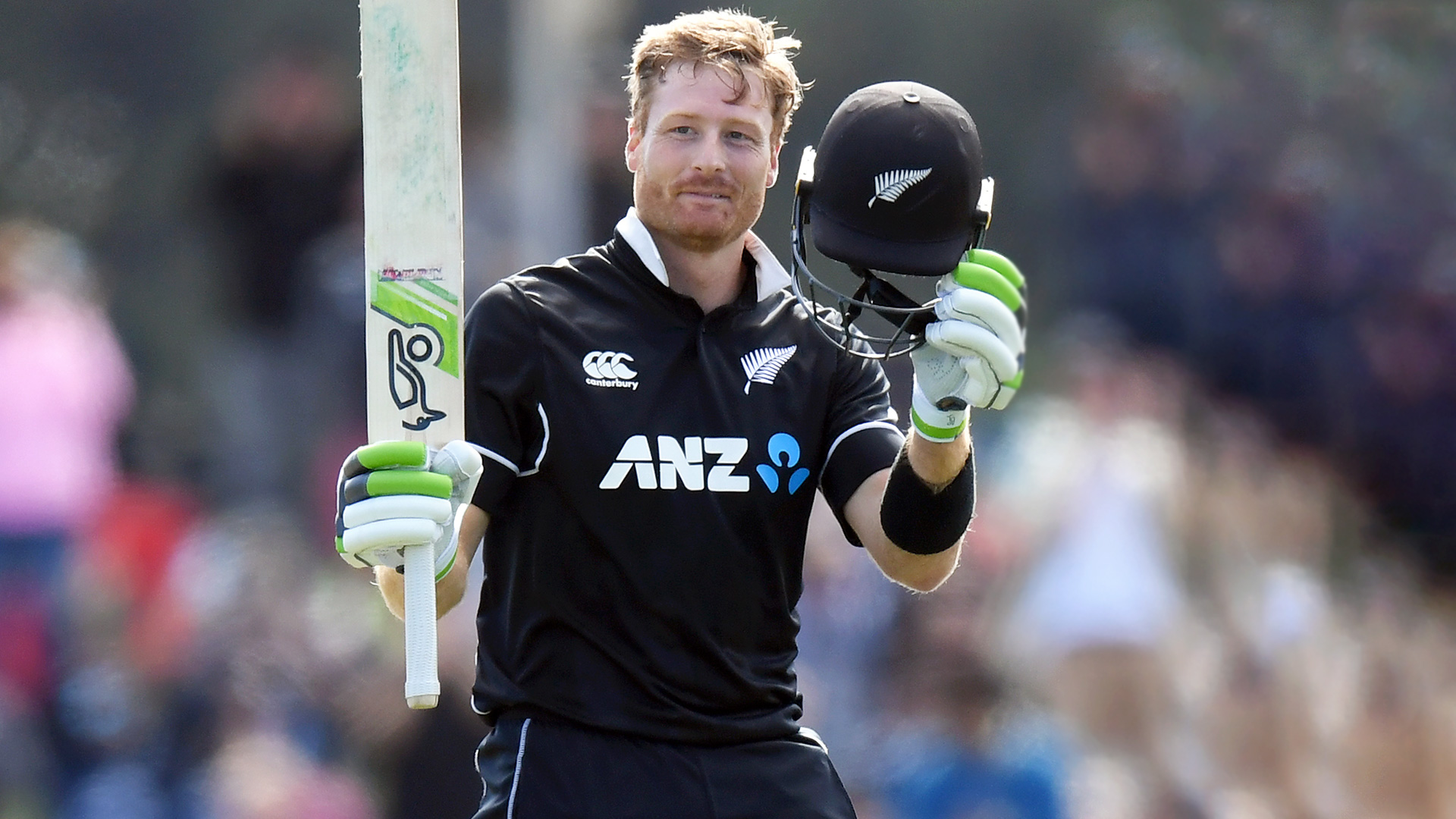 Guptill is one Kiwi player which the opposition team bowlers will look to dismiss as early as possible. As Martin Guptill can become a threat for any side and take the game away from the side. We still remember his knock of 237 runs in 163 balls against West Indies in the quarterfinal of CWC 2015. Click here to view the highlight of Guptill's blistering inning of 237 runs. Guptill has made 6440 runs from 169 matches. 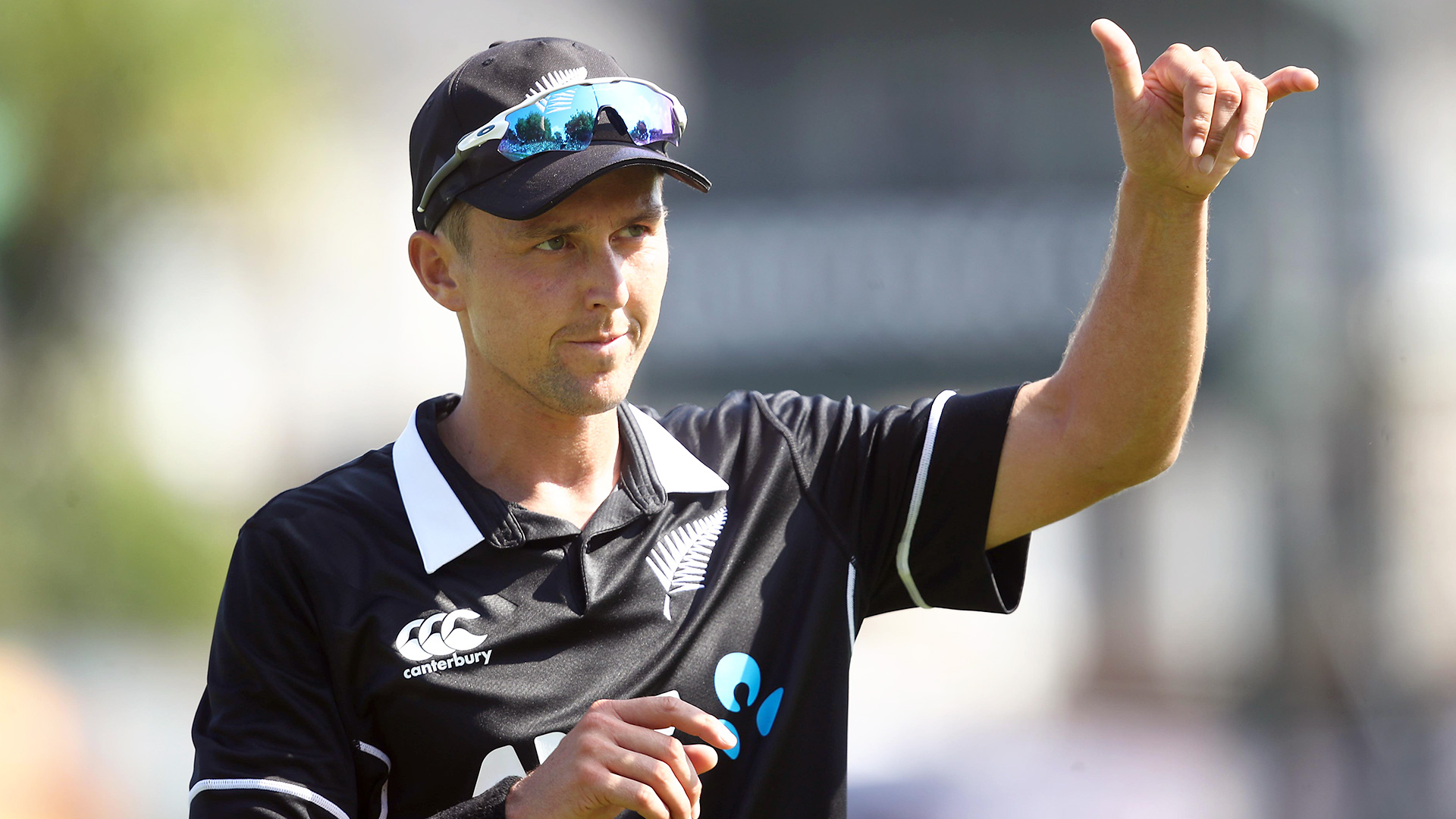 This Kiwi pacer made his ODI debut in the year 2012 and plays an integral role in the bowling department. He has bagged 147 wickets from 79 matches with an economy 5.07. He will play a handy part in the New Zealand team for upcoming CWC 2019. 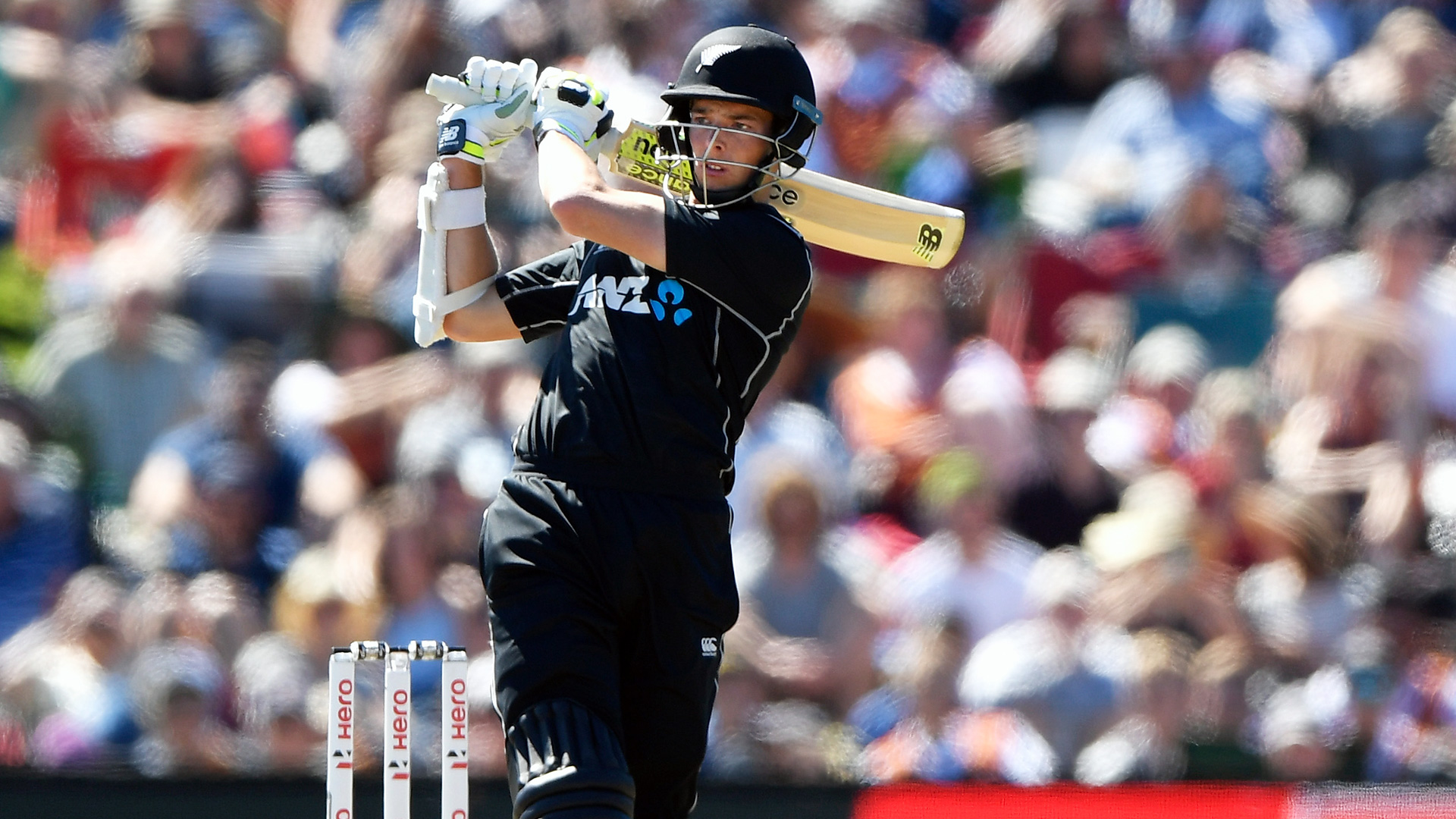 New Zealand team will hope that this bowling all-rounder comes out with his best performance in the upcoming CWC 2019. Mitchell Santner is known for his knuckleball which he will have to use in the right way against the opposite team in World Cup 2019 tournament. Santner has bagged 63 wickets from 59 matches with an economy of 4.90.

New Zealand will have to bring out their A-game if they want to win the ICC CWC 2019 trophy. Kiwis will lock horns with India on May 25 in World Cup 2019 warm-up game. New Zealand team will play their first CWC 2019 game against Sri Lanka on June 1.