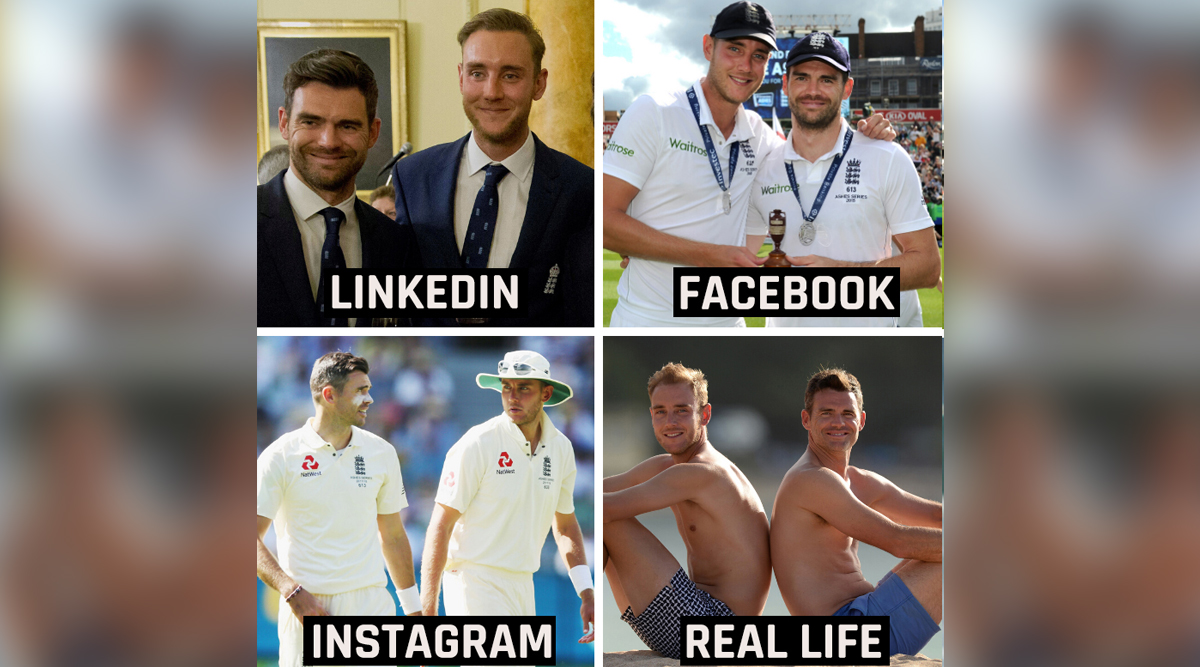 James Anderson and Stuart Broad are certainly two of the best pacers to have graced the game and their record in international cricket speak for themselves. Both of them possess the ability to run through any batting line-up. However, they become even more lethal when they join forces. The two have played a lot of cricket together and have guided England to many victories with their scintillating bowling performance. Anderson and Broad also seem to share a close bond and are known to be best of friends. Recently, the International Cricket Council (ICC) also lauded the friendship of the two speedsters and but through the latest social media trend. James Anderson Surpasses R Ashwin, Ian Botham to Script 28th Five-Wicket Haul in Tests.

According to this meme format, a collage of four pictures is posted of one’s profile picture on various social media platforms. However, ICC posted a picture, displaying the relationship between the two on Linkedin, Facebook, Instagram and in real life too. Well, the merged picture was certainly appreciable and must have brought the smiles on the faces of the two bowlers. With being 33 and 37, Broad and Anderson respectively are at the end part of the career. However, the two seem ageing like fine wine and still breathing fire with the red cherry. Meanwhile, let’s look at the picture posted by the apex cricketing body.

No matter where you are, some partnerships cannot be broken 🤝@StuartBroad8 | @jimmy9 pic.twitter.com/JY9K50H6sz

As of now, Broad is currently participating in the four-match Test series between South Africa and England in which the latter team is leading by 2-1 with the last game being underway at the Wanderers Stadium in Johannesburg. Anderson was also the part of the series. However, he sustained a rib injury during the second Test of the series and was ruled out.