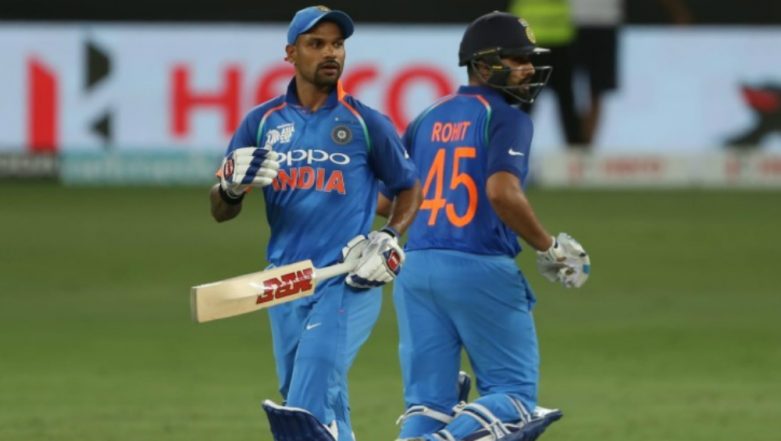 Team India registered a thumping victory against Pakistan by 9 wickets at the Asia Cup 2018. What Dubai International Stadium witnessed was an amazing game of cricket between the two arch-rivals in the Super Four round. After winning the toss, Pakistan opted to bat first and scored 237 runs by losing seven wickets.  Jasprit Bumrah, Yuzvendra Chahal and Kuldeep Yadav got two wickets each. Then came the fireworks from Indian captain Rohit Sharma and Shikhar Dhawan with 111 and 114 runs respectively. Check out the video highlights of the match here.

With India winning the match comprehensively and sealed the spot in the finals of the flagship tournament of Asia, the contest witnessed quite too many records being broken. Check out a few stats below:

After winning the match, Rohit Sharma was obviously delighted with the blistering performance put up by the team. However, he even lauded the Pakistani bowlers and said that they did a fine job. Shikhar Dhawan walked away with the Man of the Match award for his terrific knock of 114 runs.