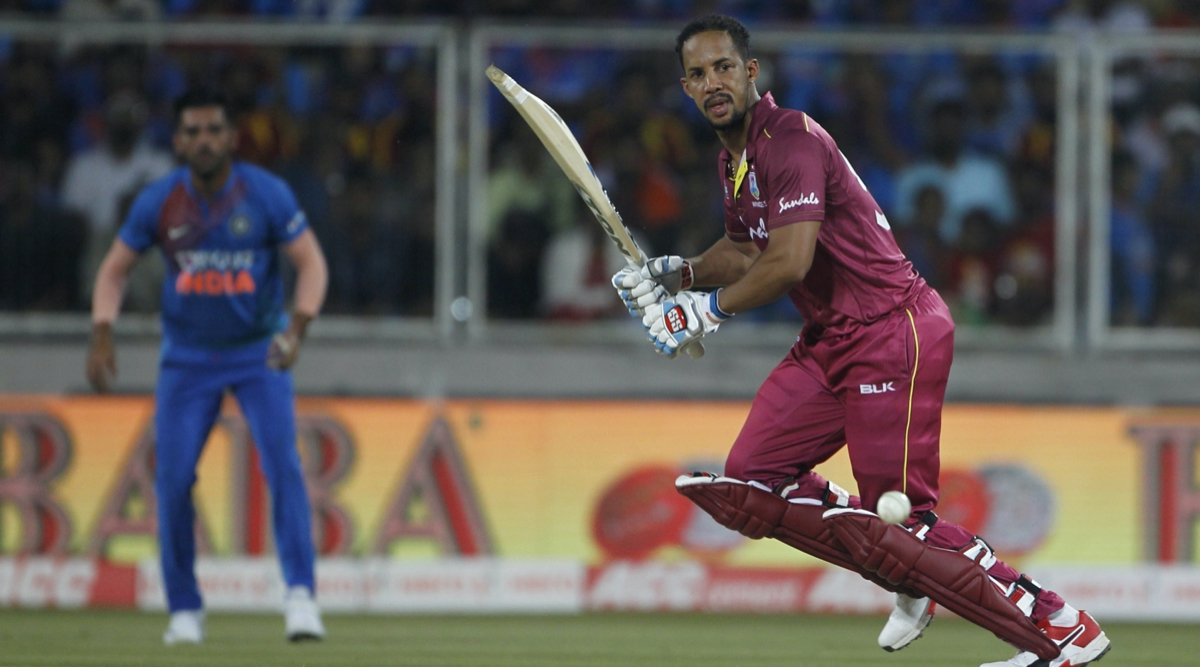 West Indies defeated India in the second T20I at Thiruvananthapuram to stay alive in the three-match series. Set a target of 171, West Indies achieved it in 18.3 overs with eight wickets in hand. Right-hand opening batsman Lendl Simmons was the top-scorer for his side as he scored unbeaten 67 off 45 balls. With this win, the series is nicely poised at one each. Rishabh Pant Loses Grip of His Bat Off Sheldon Cottrell Delivery During IND vs WI 2nd T20I 2019 Match (Watch Funny Video)

West Indies openers Evin Lewis and Simmons made a solid start and added 73 runs for the first wicket in 9.5 overs. Both the openers, however, were handed a life with Washington Sundar and Rishabh Pant dropping catches. Lewis was the stumped on an individual score of 40 off 35 balls.

After losing his partner, Simmons held the Windies innings together and added 39 runs for the second wicket with Shimron Hetmyer. Simmons, however, lost Hetmyer in the 14th over and it appeared India will pull back things. Most Runs in T20Is: Virat Kohli Surpasses Rohit Sharma As Leading Run-Scorer in T20 Internationals During India vs West Indies 2nd T20I 2019.

Much to India’s disappointment, Simmons found an able partner in Nicholas Pooran and the duo added unbeaten 61 off just 29 balls for the third wicket to guide their side home. Simmons during his stay slammed four fours and as many sixes.

# Virat Kohli surpassed Rohit Sharma to be come leading run-scorer in T20Is. He is ahead of Rohit by just one run.

# This was West Indies' just third win out of their last 15 matches while chasing in T20Is.

# This was the third instance of West Indies successfully chasing 170+ target vs India in T20Is.

Earlier, put to bat first, India managed 170 for seven. Left-handed batsman Shivam Dube was promoted to bat at number three instead of Kohli and he didn’t disappoint. The youngster finished as the top-score for Men in Blue and scored well-compiled 54 off 30 balls. The third and final T20I now takes place at Mumbai on December 11.