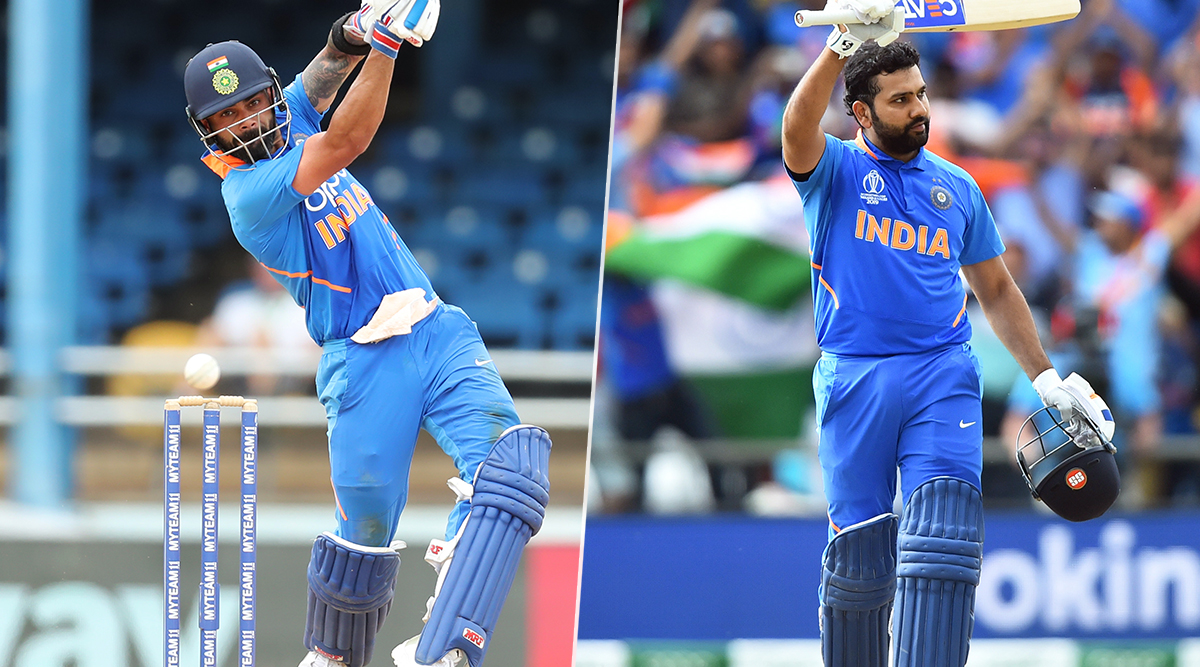 Virat Kohli surpassed Rohit Sharma to become the leading run-scorer in T20I cricket during India vs West Indies 2nd T20I 2019. Virat Kohli hit an unbeaten 94-run-knock in IND vs WI 1st T20I 2019 to clinch biggest-ever victory for India in T20Is. He was dismissed for just 19 runs in the 2nd game against West Indies in Thiruvananthapuram. But he was able to surpass Rohit Sharma’s record for most runs in T20Is. India v West Indies 2nd T20I 2019 game is underway at Greenfield International Stadium in Thiruvananthapuram, Kerala. India Vs West Indies, Cricket Score 2nd T20I Match.

Virat now has 2563 T20I runs while Rohit Sharma has 2262 runs. Rohit hit 15 runs in IND vs WI 2nd T20I while Virat Kohli could make only 19 runs. Earlier in IND vs WI 2nd T20I match, Kieron Pollard won the toss and elected to bowl first. Ahead of the match, Rohit Sharma was leading the list with 2547 individual runs in T20Is. Indian skipper Virat Kohli managed to reach 2544 runs ahead of India vs West Indies 2nd T20I 2019. He was just fours runs short. There has been a nail-biting competition between the two batting greats of Indian cricket. Both right-handed batsmen have surpassed each other multiple times in the past to become leading run-scorer in T20 internationals. Indian Skipper Virat Kohli Adds Another Feather to His Cap With 12th Man of the Match Award.

In IND vs WI 1st T20I 2019, West Indies put up a massive 207-run score while batting first. Virat Kohli had won the toss and opted to bowl. With a record chase lying ahead in the second innings, Rohit Sharma lost his wicket for just 8 runs. However, Virat pushed himself for yet another astonishing knock in his T20I career. He not only broke his own earlier T20I record of unbeaten 90* runs, but he also took India to biggest-ever T20I victory while chasing.

India vs West Indies T20I series 2019 consists of three T20Is and three ODIs. The third T20I will be played on December 11 (Wednesday) at Wankhede Stadium in Mumbai. India lead the series 1-0 currently. India can also bag the T20I trophy in the 2nd T20I itself with a victory.