The e-auction for IPL media rights will be held in the second week of June and the last date to purchase the ITT is on May 10. Interestingly, the IPL media rights for 2023-27 cycle have been divided into four categories or packages. 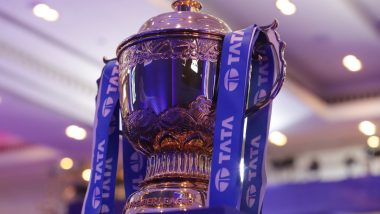 Indian Premier League (IPL) no doubt is the hot property of the Board of Control for Cricket in India (BCCI). And the T20 league’s media rights is a big source of revenue for the cricket board. BCCI recently dished out the Invitation-To-Tender (ITT) to sell the media rights of IPL from 2023 to 2027. Apparently, big names from the broadcast industry have shown their interest and bought the ITT. BCCI Releases Tender for New IPL Media Rights Cycle for Seasons 2023–2027, E-Auction on June 12.

According to a report by The Times of India, TV18-Viacom , Disney, Sony, Zee, Amazon and another unnamed company - have bought the document. The report further claims, citing BCCI sources, Apple, American tech giant, is also expected to buy the ITT soon. The e-auction for IPL media rights will be held in the second week of June and the last date to purchase the ITT is on May 10. The BCCI is expecting to raise revenues worth US$7.2b.

Interestingly, the IPL media rights for 2023-27 cycle have been divided into four categories or packages. The first package or bucket will have the television rights for India subcontinent, in the second bucket digital rights will be available for the Indian subcontinent. The third package will consist of select matches- a total of 18 matches including final. The last and fourth bucket will have digital and television rights for Rest of World.

Star Sports, currently holds the broadcast rights of IPL both TV and digital. It had bought the rights for Rs 16,347 crore five years ago. As per various reports, the upcoming IPL media rights could fetch BCCI somewhere between Rs 45,000 crore to Rs 50,000 crores.

(The above story first appeared on LatestLY on Apr 06, 2022 10:27 AM IST. For more news and updates on politics, world, sports, entertainment and lifestyle, log on to our website latestly.com).