IPL Playoffs 2018 Predictions: Which Teams Can Still Qualify? Chances of All Teams in 11th Indian Premier League to be in Top 4

Currently, SRH, CSK, KXIP, and KKR are favourites to qualify for IPL Playoffs. Which team will finally make to the Playoffs will be an interesting watch. Who’s your Playoff’s pick this season? 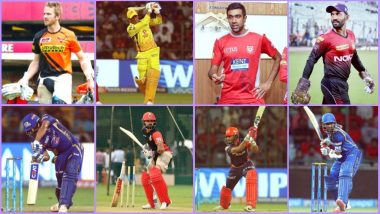 Mumbai, May 08: We are in the latter half of the Indian Premier League (IPL) 2018, and the situation for IPL teams to qualify for the four Playoffs’ spot is only getting exciting with each passing game. Currently, the SunRisers Hyderabad (SRH) team led by Kane Williamson is on the top spot of the IPL Points Table and are have virtually sealed their spot in the IPL Playoffs 2018.

Second on the points table is the MS Dhoni-led Chennai Super Kings (CSK), followed by R Ashwin-led Kings XI Punjab (KXIP) who is on the third spot in the latest team standings. The top three teams in the IPL 2018 might have an easy climax in comparison to the teams – Rajasthan Royals, Delhi Daredevils, and Royal Challengers Bangalore - that are languishing in the bottom half of the IPL Points Table 2018.

As the major part of IPL tournament is done and dusted; now is the time when teams will have to squeeze out a win in almost all of their remaining matches in order to stake a claim in the 2018 IPL Playoffs.

Talking about the qualification scenarios, a team will need a minimum of 14 points to qualify, going by the history of 10 years of IPL. However, it is still not a surety for an IPL team to qualify once they have secured 14 points. We take a look at the likely scenarios, qualifying situations and the possibilities of all eight IPL teams to qualify for the four Playoffs spot this season. 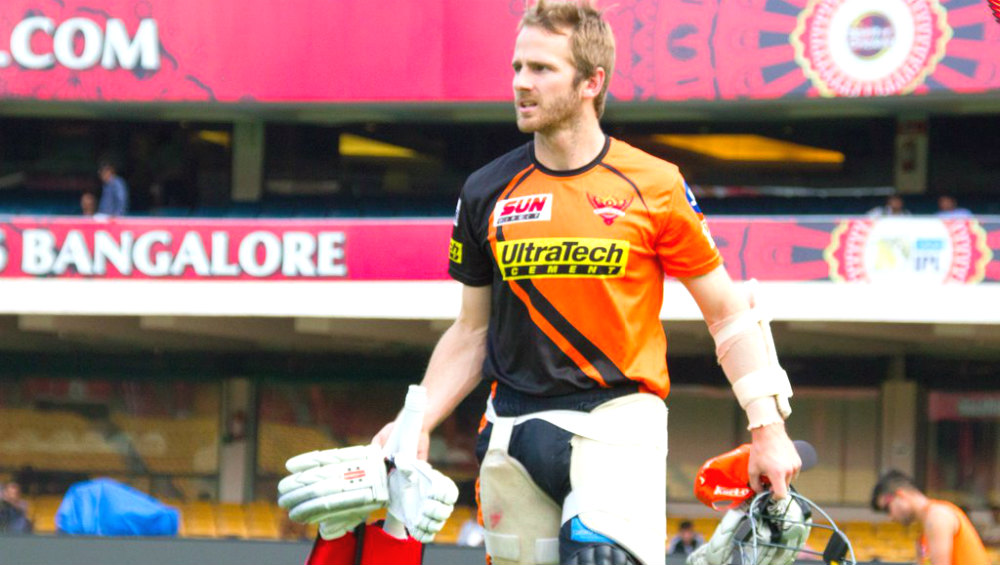 With 16 points already in their kitty, SunRisers Hyderabad is the closest contender to be in the IPL Playoffs. With 8 wins out of the 10 matches they have played, the Orange Army only needs one win out of the remaining 4, to stamp their position in the IPL Playoffs 2018. Losing all the four games would still let them be in the race. 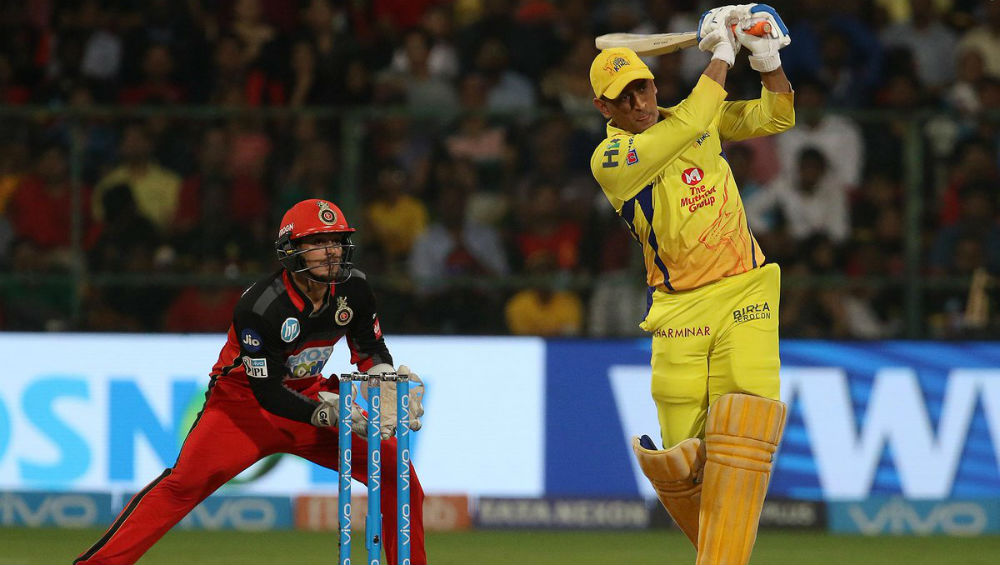 With 7 wins out the 10 games they have played, Chennai Super Kings announced their arrival in the IPL, with a bang! CSK has secured 14 points in the IPL so far, they would need to win a game more at least, in order to secure their Playoffs spot. Given the form that they are in, it won’t be difficult for them to qualify for Playoffs this year. 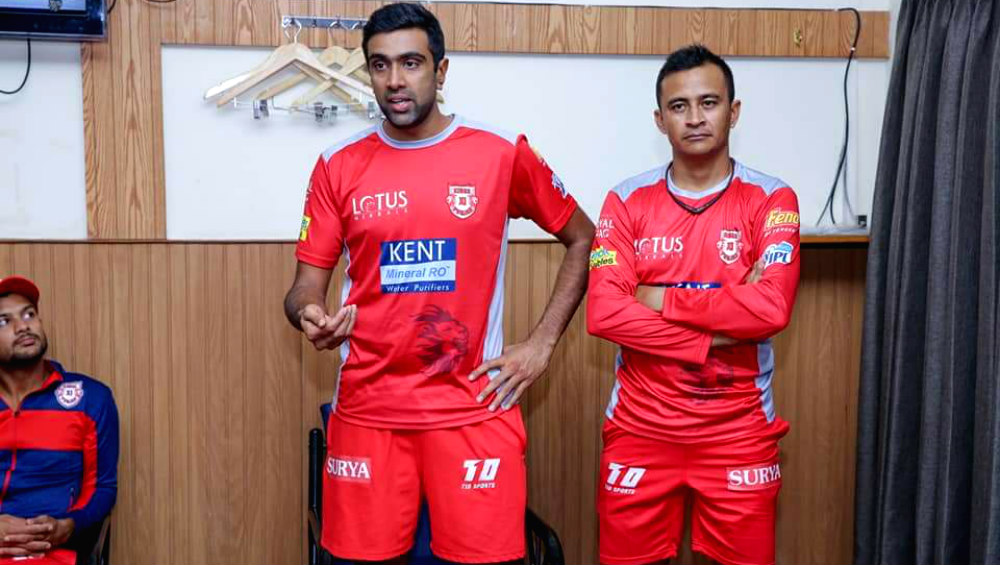 Kings XI Punjab has 5 games still left in the IPL tournament. With 12 points from 9 games, R Ashwin-led KXIP is currently sitting comfortably on the third spot. KXIP will have to win a minimum of two matches to make a claim to be in the Playoffs this season. A couple of losses won’t hurt their chances; however, they cannot let complacency set in at this crucial juncture of the tournament. 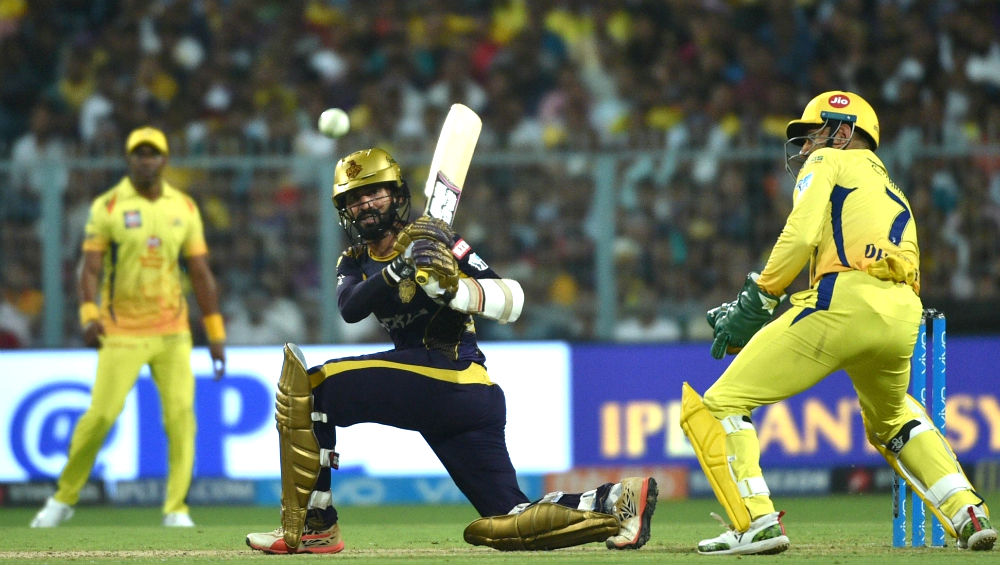 Under the captaincy poof Dinesh Karthik, Kolkata Knight Riders has managed to win 5 games in the 10 games they have played so far in the tournament. KKR, who is blowing hot-and-cold in the tournament, will have their task cut out as they will need to win 4 games from here on to ensure their position in the Playoffs. A couple of losses in the tournament will bring in a lot of permutations and combinations into play, and KKR would be looking to be in that position. 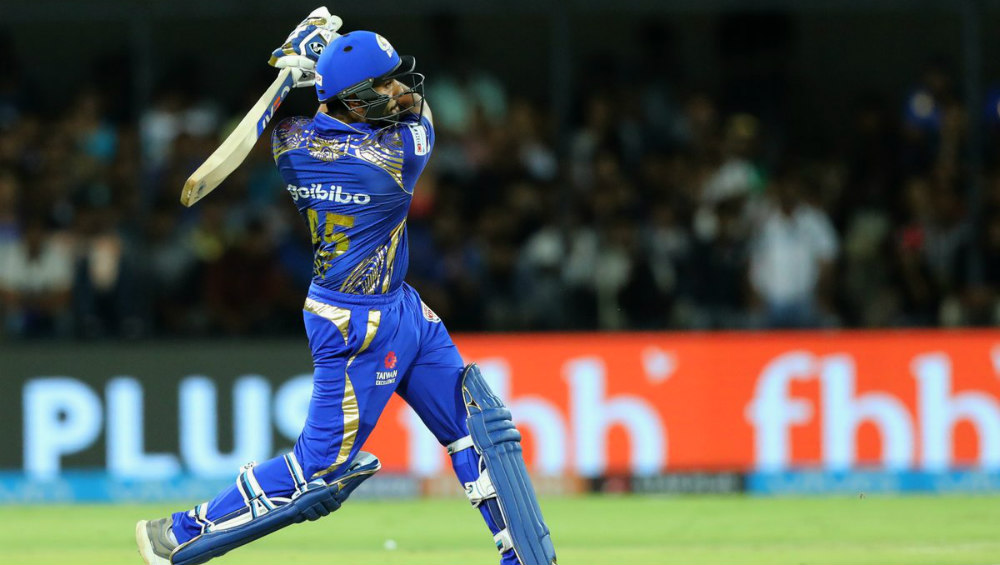 The starry line-up of the Mumbai Indians team fizzled out badly in the initial stage of the tournament. With only 4 wins in the 10 games they have played, Mumbai Indians with 8 points, is currently in the 5th spot of the IPL Points table. The Rohit Sharma-led team will need to win all their remaining 4 games, if at all they want to stake their claim in the IPL Playoffs 2018. 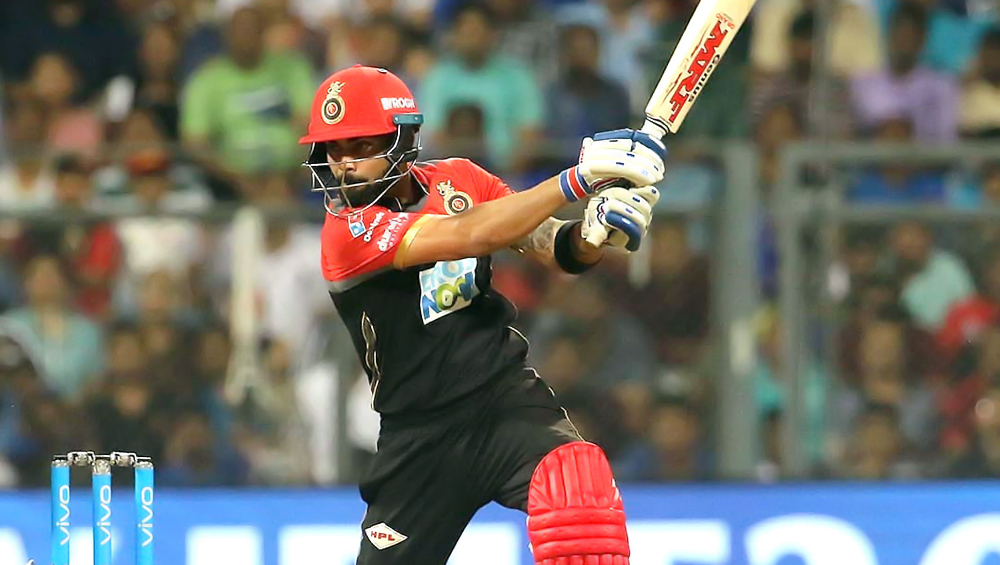 The Virat Kohli-led Royal Challengers Bangalore team have fared poorly in the tournament, so far. What’s worse for the Bangalore franchise is that their discarded players – Shane Watson, Chris Gayle, and KL Rahul – are wreaking havoc playing for other teams. With only 3 wins to their names out of the 10 they have played, RCB would need to win all their 4 remaining matches. However, 4 wins will still not confirm their fourth Playoffs’ spot as Mumbai Indians and Delhi Daredevils are sailing in the same boat. 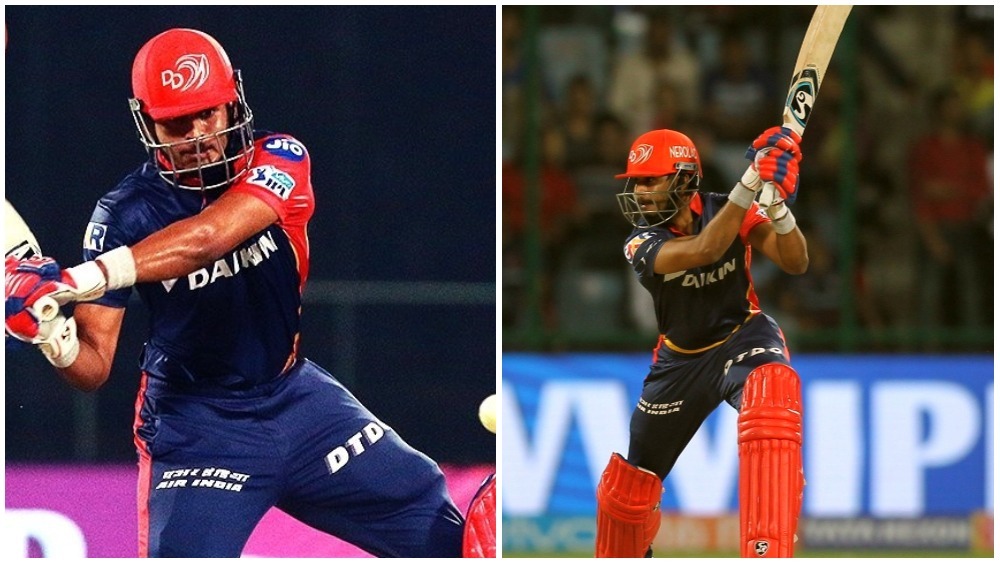 Delhi Daredevils have been part of a lot of adverse plots in IPL 2018. With Gautam Gambhir stepping down in the middle of the tournament, signs were ominous for the Delhi franchise. For now, the Delhi Daredevils team has won only 3 games out of the 10 games they have played till now. With 4 wins in the remaining 4 games will help their cause to qualify for the 4th Playoff spot, but it is not guaranteed. DD will not only have to win a match but with huge margins, given that their Net Run Rate (NRR) is fairly poor too. 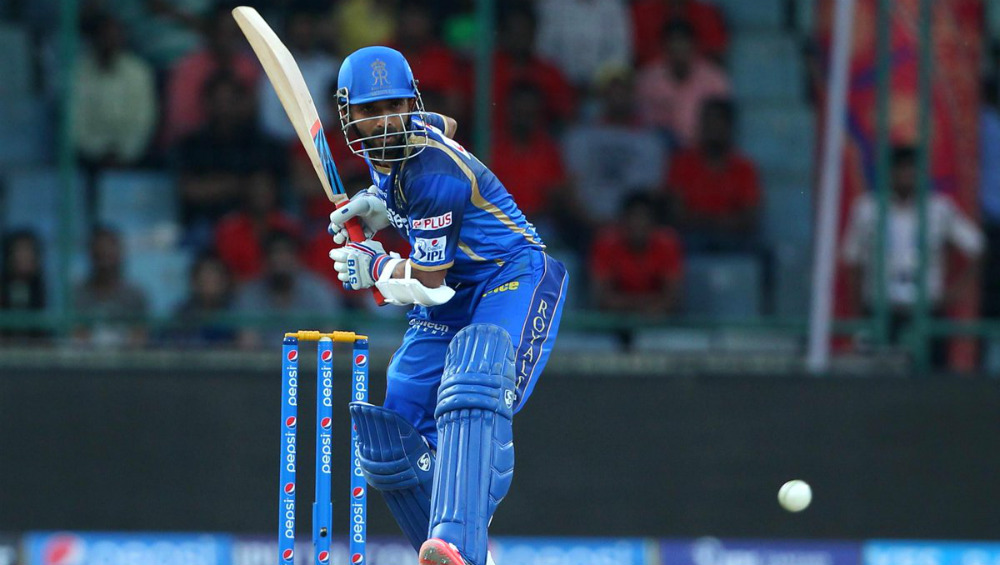 Splurging huge amount on Ben Stokes and Jaydev Unadkat haven’t had paid well for Rajasthan Royals so far. With only 3 wins in the 9 games in their campaign, RR would need to win all their remaining matches in order to qualify for the Playoffs. A loss in their campaign, further, would dent their chances heavily as they have the lowest NRR amongst all the 8 teams. Ajinkya Rahane-led RR could still be in playoffs; however, they need to win all the matches, and win them big – something which they are capable of, given the names in their squad.

Currently, SunRisers Hyderabad, Chennai Super Kings, Kings XI Punjab, and Kolkata Knight Riders are hot favourites to qualify for Indian Premier League (IPL) Playoffs 2018. Which team will finally make the Playoffs will be an interesting watch! Who’s your Playoff’s pick this season? Let us know in the comments section below!

(The above story first appeared on LatestLY on May 08, 2018 09:01 PM IST. For more news and updates on politics, world, sports, entertainment and lifestyle, log on to our website latestly.com).