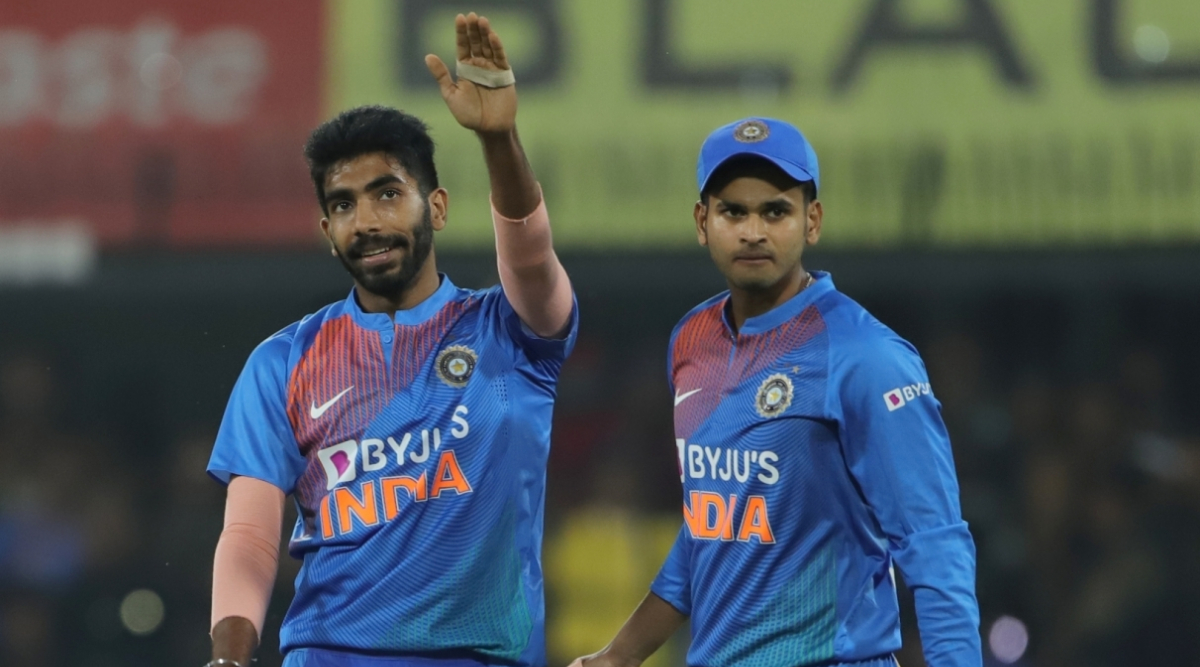 Fast bowler Jasprit Bumrah has become the leading wicket-taker for India in the T20Is. Bumrah dismissed Sri Lankan opener Danushka Gunathilaka in the third and final T20I at the Maharashtra Cricket Association Stadium in Pune to make his way up on the list. Bumrah at the start of the match was joint-highest wicket-taker with Ravi Ashwin and Yuzvendra Chahal at 52 wickets. Bumrah removed Gunathilaka in the first over of the Sri Lankan innings to take his tally to 53 wickets. India vs Sri Lanka, 3rd T20I 2020 Live Streaming Online: Get Free Telecast Details of IND vs SL on DD Sports and Hotstar.

Earlier, in the second T20I in Indore Bumrah picked one wicket to join Ashwin and Chahal as the leading wicket-taker. Now, the pacer owns the record alone. While Bumrah’s 53 wickets came in 45 matches, Chahal has taken 52 wickets in just 26 matches. Ashwin, who last played a T20I for India in 2017, has 52 wickets from 46 matches.

Bumrah is making a comeback into the Indian team after a recovering from lower back stress. He missed the home series against South Africa, Bangladesh and West Indies. The pacer is ranked number one in ODIs. However, in T20Is, his ranking has seen a significant dip and is ranked 47th. In Tests, the Indian pacer is ranked sixth.

Meanwhile, India and Sri Lanka are locked in a three-match series. After the first match in Guwahati was abandoned due to rain, India won the second T20I in Indore to take an unassailable lead.