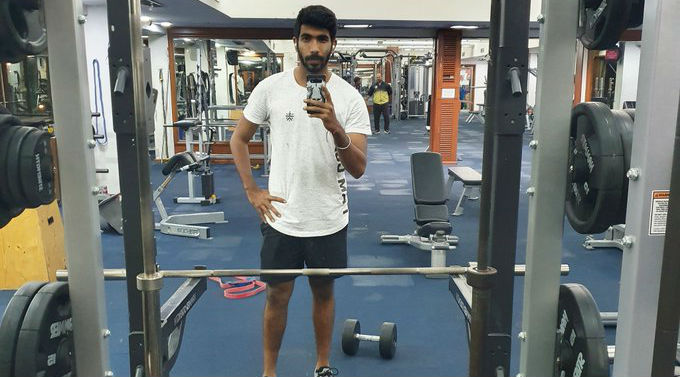 Mumbai, October 29: India's pace sensation Jasprit Bumrah is "coming soon", he tweeted on Tuesday with a picture of him working out at a gym. Down with a back stress fracture just before the South Africa series, Bumrah is back on his toes, IANS had reported earlier.

Not only is he doing light running and warm-up exercises, he is set to undergo assessment at the National Cricket Academy (NCA) post Diwali under the watchful eyes of Nitin Patel. Jasprit Bumrah Injury Update: Indian Pacer's Progress to Be Assessed Post Diwali.

Speaking to IANS, sources in the know of developments had said that the doctors in the UK were happy with the recovery that Bumrah was making post the injury and his back has been put on auto-heal mode and doesn't need any surgery.

"He is on auto-heal mode and the back is recovering well. He has already started running and doing some light warm-up exercises. He will be assessed post Diwali under the watchful eyes of Nitin. Things have progressed well, just as it had in case of his previous stress fracture which also healed naturally," the source pointed out.